Abdullah’s introduction to ultra-distance cycling was in 2017 when he filmed the Indian Pacific Wheel Race for the official documentary. Although the race ended tragically with the death of our friend and ambassador Mike Hall, the impact of following Mike and Kristoff changed his life. The next year he burst onto the cycling scene, when he rode the Indian Pacific Wheel Race route as a mark of respect, winning the unofficial race. In 2019, he set his eyes on the Trans Am Bike Race and won that outright, setting a new record for the 8,800km route.

In 2022, Abdullah took on the Rhino Run, a 2750km gravel race in South Africa, with the aim of raising funds for the Maska Cycling Club in Uganda. After overcoming many challenges and the corrugated roads, Abdullah won the race 17 minutes ahead of the second-placed rider. Always looking to set himself challenges, from 24-hour records to long-distance races, he continues to push his physical boundaries. 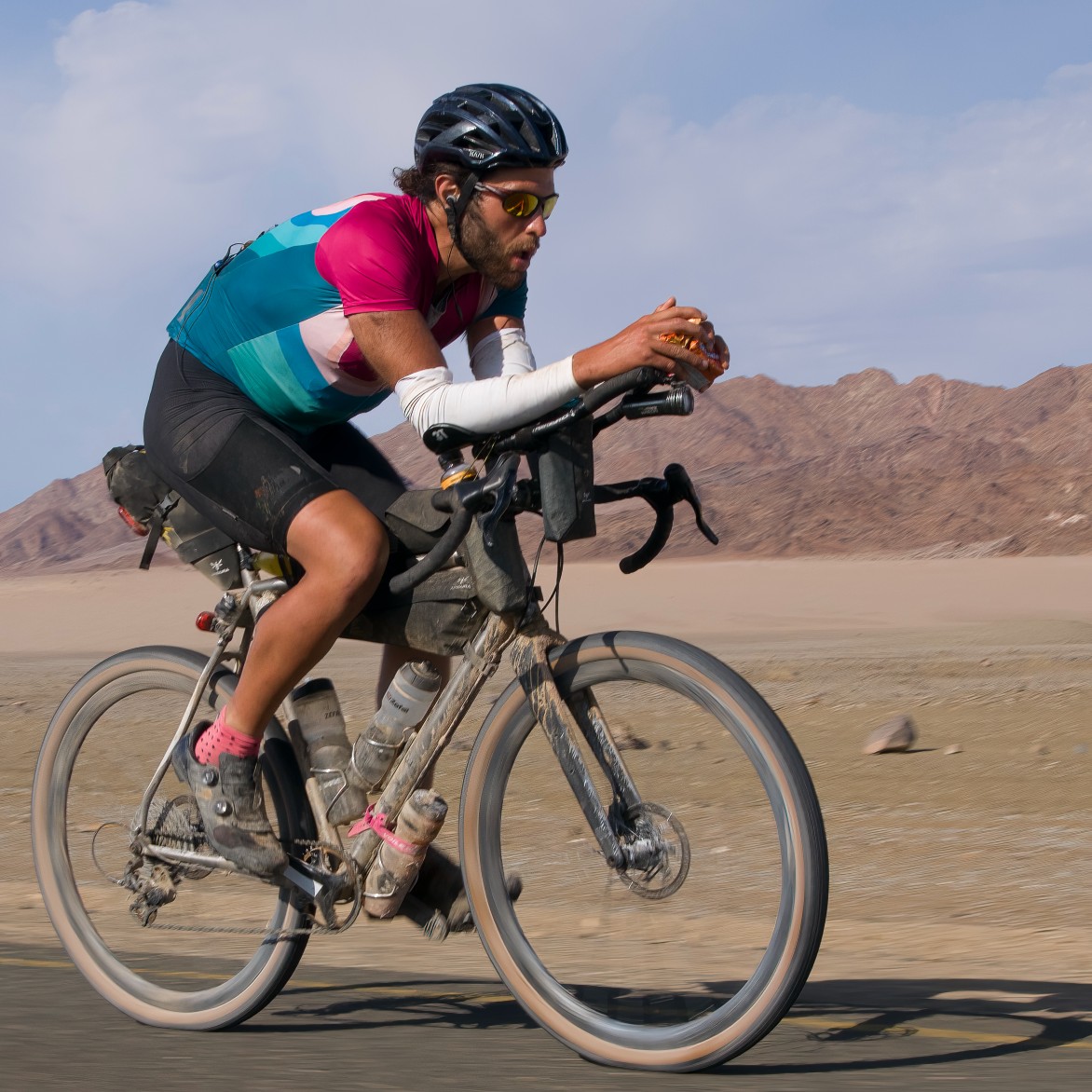