When Angela turned up to ride a 200km audax in 2015, another participant asked if she was riding it as a qualifier for the 1,200km Paris-Brest-Paris. “Don’t be daft!” She replied. “I’ve never ridden more than 200km in one go!”. And yet, the following day she found herself on the PBP registration site checking the requirements for qualification. She met the criteria and “the rest, as they say, is history”.

After completing PBP that year, Angela continued to ride longer distances and in 2017 she was one half of the first-ever female-pair to complete The Transcontinental Race. She’s since volunteered at the two most recent editions of the TCR, works at the not-for-profit ReCycle Bikes and also runs the bikepacking race All Points North. Despite the thousands of miles that she has pedalled, it is due to her contributions to the bikepacking community that we are proud to have Angela as an ambassador. 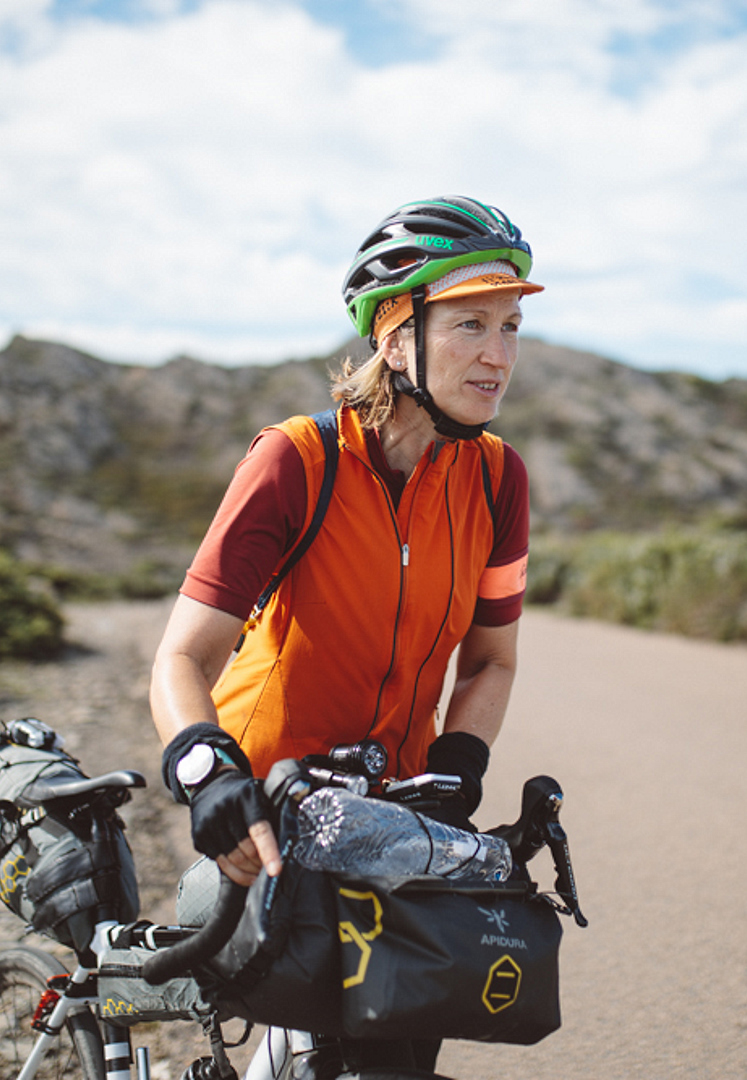