Duracell Bunny on a Bike

Like most Dutch children, Jasmijn grew up riding a bike. It was the obvious way to get from A to B, to school and around town. But it wasn’t until her 30s, by then living in the UK, that Jasmijn rediscovered her love for cycling after purchasing a bike through the cycle-to-work scheme.

She embraced bigger challenges via sportives around the country, slowing becoming addicted to longer distances and discovering an innate talent for endurance riding. It was quite a talent: Jasmijn went on to become national and world 24-hour time trial champion, as well as setting the Zwift static bike distance record. In 2018, she attempted her first bikepacking race – BikingMan Oman – where she was the first female finisher, an achievement she repeated in 2020 at the Race Around the Netherlands.

Jasmijn has a coaching business, sharing her expertise and passion for cycling to help others achieve their own goals. Always keen to promote adventures, with the support of Apidura she organised a female-only bikepacking taster session for members of her cycling club in 2020 – something she will repeat in 2021 and open up to all bivvy-curious women.

Photos by Michael Wacker and Bikingman/DavidStyv. 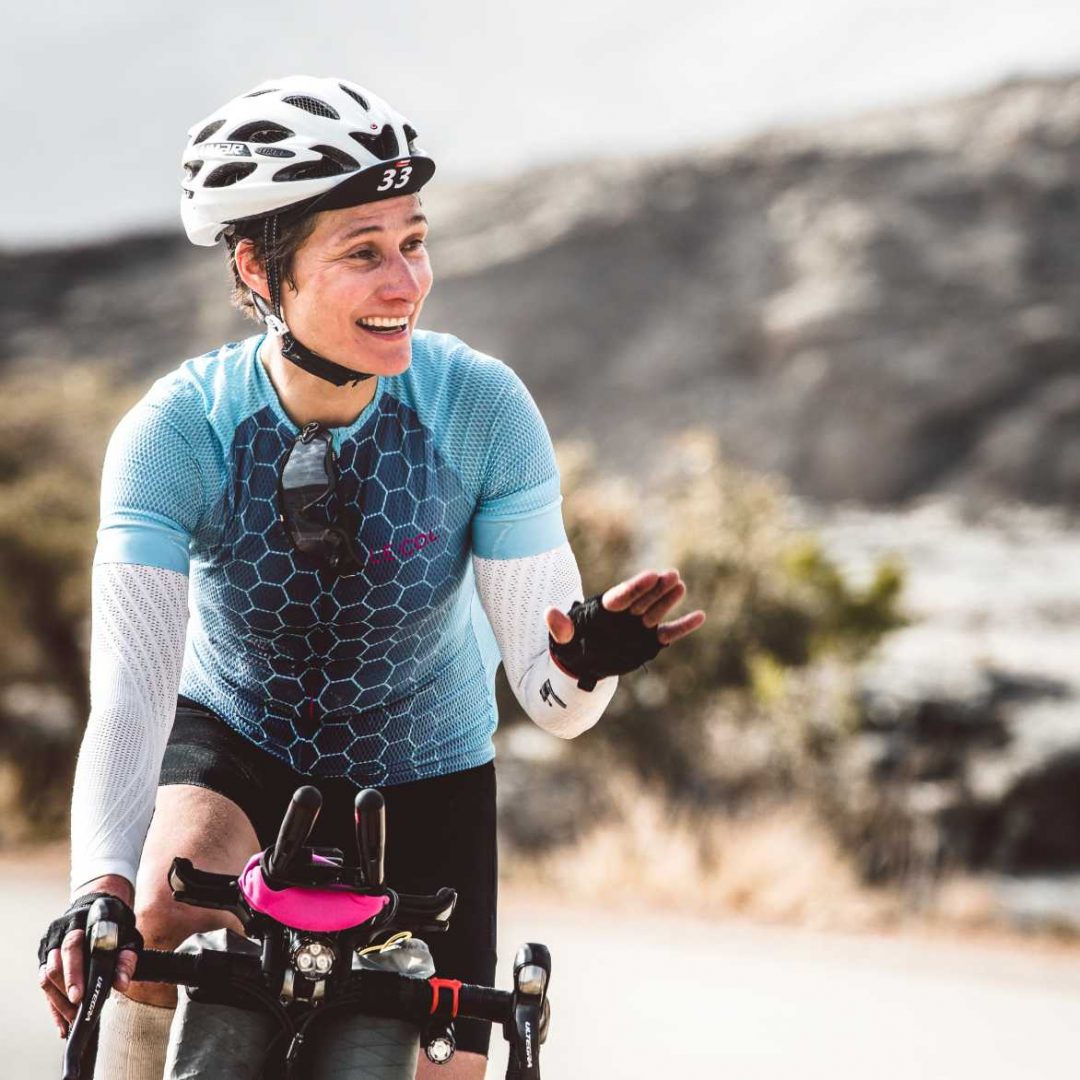