Whether it be a race or a solo adventure, Jenny’s desire to push her limits has led her to numerous corners of the world. She’s competed in long-distance bikepacking races, including the TransAtlantic Way and the Transcontinental Race. In 2018, Jenny became the first woman to finish the inaugural Silk Road Mountain Race. Two years later in 2020, she repeated the feat to become the first women to finish the inaugural Atlas Mountain Race.

Jenny’s challenges are certainly not limited to those on two wheels, and she’s also covered extraordinary ground by foot. She’s spent the last few years trying to run solo and unsupported across a mountain range on every continent. What is it about keeping adventures human-powered has such appeal?

“You arrive in a new place of the world with the pride and integrity of having made your way there in the most honest and humbling way possible. And fortunately, the movement itself – riding or running – is also insanely good fun.” 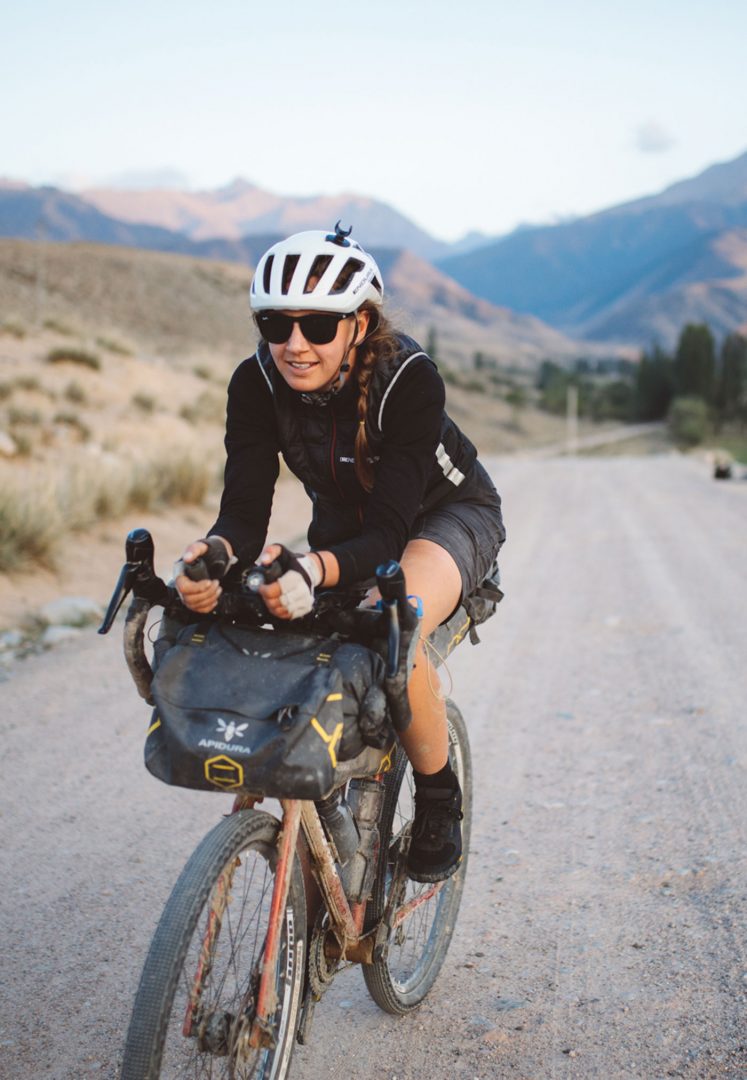