The Writer and Racer

Meaghan Hackinen is a bikepacker, writer, and adventure seeker whose two-wheeled adventures have taken her from Haida Gwaii to Mexico’s high plateaus, across Canada and the United States, and from North Cape to Tarifa along some of Europe’s highest paved roads. She is a 4X Everester, as well as a Trans Am Bike Race, NorthCape4000, Alberta-Rockies700, Transcontinental Race, and Paris-Brest-Paris finisher. She holds women’s course records for the BC Epic 1000, The Big Lonely, and the World 24 Hour Time Trial Championships.

Meaghan shares her journey with others primarily through her writing: her debut travel memoir, South Away: The Pacific Coast on Two Wheels (NeWest Press, 2019) was shortlisted for two Canadian book awards. Her upcoming release, Shifting Gears: Coast to Coast on the Trans Am Bike Race (forthcoming from NeWest Press, 2023) documents her entry into self-supported bikepack racing and the challenges, joys, and friendships accompanying it. 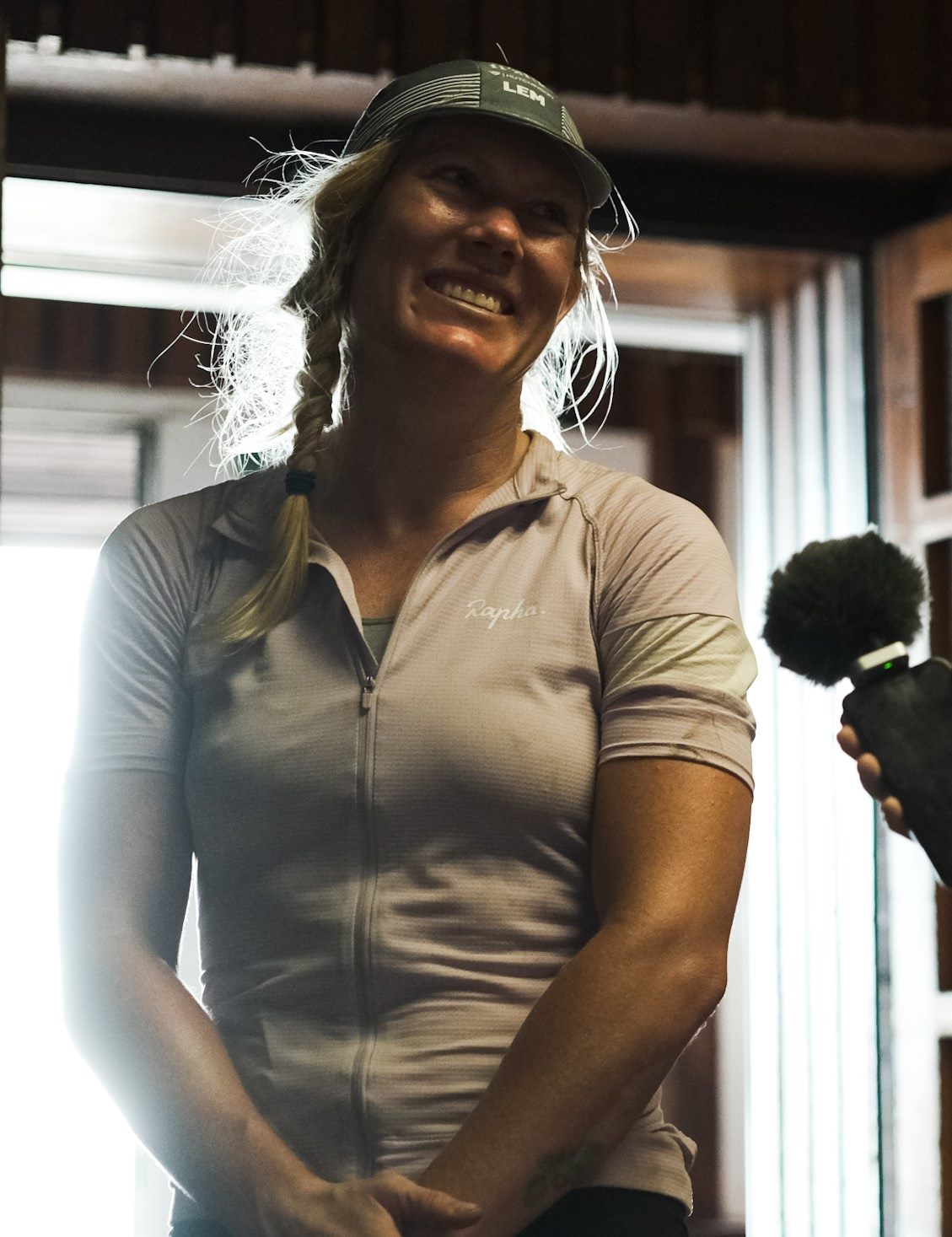