Mike Hall’s contribution to bikepacking cannot be overstated. He was known in equal measure for his world-class racing, his pioneering work as organiser of the Transcontinental Race, and his infallible willingness to help those around him.

Mike found bikepacking when the sport was just getting its legs, after several years of competing in 24-hour mountain bike races. His aptitude and dedication shone through immediately, with an 11th place finish in the 2011 Tour Divide, and a record-breaking victory in the World Cycle Race a year later. Inspired by his experiences racing in the States and elsewhere, in 2013 Mike took it upon himself to create the Transcontinental Race.

Anyone who has had any interaction with the race at all will know the herculean effort that he and his team put into its creation, and their success is reflected in the simple fact that the field ballooned from 31 riders in the first year, to 88 in the second, and 172 the year after that. The TCR soon became one of the headline events of the bikepacking calendar, and inspired a new generation of challenges; the TransAtlantic Way Race and Silk Road Mountain Race were founded by TCR alumni.

Despite his success as both a racer and an organiser, Mike approached his life with characteristic humility and compassion. Writing in Privateer Magazine, Issue 11, Mike reflected on his entry to the sport: “I realised that not only was I capable of back-to-back big days in the saddle, but that I actually quite liked it and wasn’t bad at it either.” The understatement of the article belies the fact that it was written shortly after he had cycled around the world in record time.

Any account of Mike’s time in the sport would not be complete without mentioning just how tough he was, both mentally and physically. He stayed calm in situations that would make most others crumble, and was a constant reminder that the limits of human endurance are much further out than many of us will ever know. This toughness had a lot to do with the usual recipe of hard work and training, but the thing that set him apart was his attitude – and this attitude often found expression in hard-earned and perfectly crafted bits of road wisdom.

There are plenty of his quotes floating around the bikepacking community, passed between riders on message boards, ranging from practical advice for ultra-racers to broad, philosophical aphorisms. We have many favourites, but here’s one that seems apt here: Don’t quit in the dark. It can be read literally, a way for ultra-racers to decide on scratching from an event, but its implications range far wider than that. Don’t give up until you can fully see what it is that you’re giving up. Don’t quit in the dark.

Mike died while competing in the 2017 Indian Pacific Wheel Race. We were very lucky to have worked with Mike in his roles as a rider and an organiser, and think of our time with him with the deepest pride. 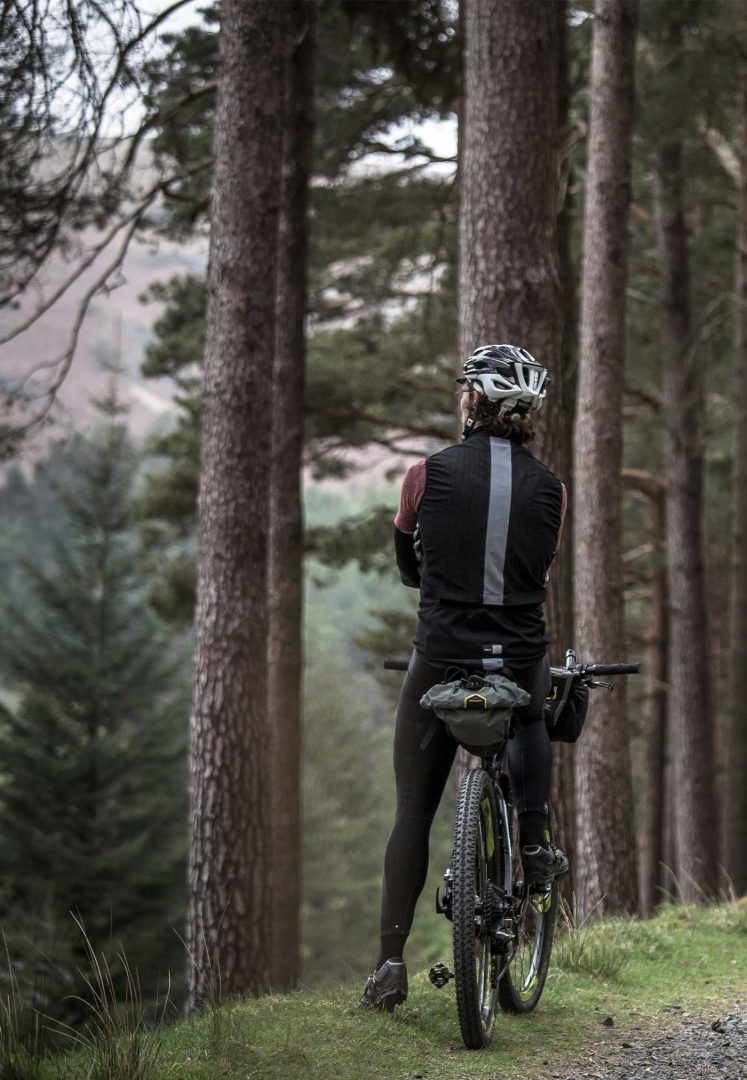