For more than 40 years, the Adventure Cycling Association has existed as a membership organisation providing information and support for bicycle travel across the United States. Here, we learn more about the organisation and how the Association approaches planning for its iconic routes.

The Adventure Cycling Association began in 1976 as a cross-country riding event to celebrate America’s 200th birthday. Around 4,000 people rode across all or part of the country in small groups along the ‘TransAmerica Trail’, helping kick off the modern age of bicycle travel.

Fast forward a few decades and Adventure Cycling has developed into far more than an annual bike ride. Alex Strickland, Adventure Cyclist Magazine’s editor explains that “over the intervening years, membership has grown to more than 52,000 people. In addition to ‘inspiring, empowering, and connecting’ – as we say in our mission – we advocate for better travel conditions, introduce new audiences to bike travel, and provide tours, events, programs, and resources to help people get out and ride.”

When I first visited the US, I wasn’t sure how best to find my way cycling across the country. I sat down in San Francisco and began staring at the Adventure Cycling network map to help join the points of interest between California and the East Coast.

After climbing up and over the Sierra Nevada, I joined the Western Express and cycled through a few of Utah’s most isolated communities and past some of the country’s most spectacular scenic wonders. Leaving the desert behind, I joined the Great Parks route and rode through old mining country over the Rocky Mountains.

I couldn’t resist crossing the continent without riding at least part of the iconic TransAmerica Trail as I pedalled into the Great Plains. As the landscaped flattened into western Colorado, it became harder to find places to camp between the endless miles of corn and soy fields. Fortunately, I’d been given a few of the Adventure Cycling maps by a Warmshowers host in Nevada. They were old copies, but still a valuable resource as they listed town parks where travelling cyclists were free to camp. There were picnic tables, public toilets and even spots available by swimming pools. If it hadn’t been for the headwinds, I don’t think it could have been any easier.

I moved at a gentle pace along the Lewis & Clark Trail towards St Louis, tracing a converted railway line through the Missouri floodplains, pausing at intervals to read the historical signposts detailing early 19th century explorations into the region.

By contrast, there are a plenty who use the Adventure Cycling routes to push the limits of physical endurance. Two of the world’s most iconic bikepacking races, the Trans Am Bike Race and the Tour Divide, make use of the association’s cross-country routes. The former being a mostly on-road race from West to East, the latter being an off-road challenge from North to South. 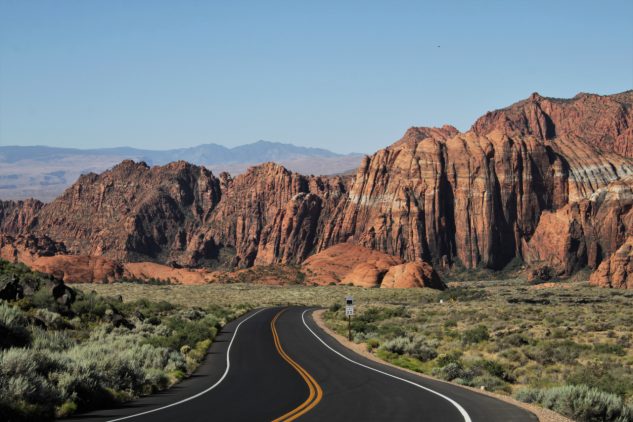 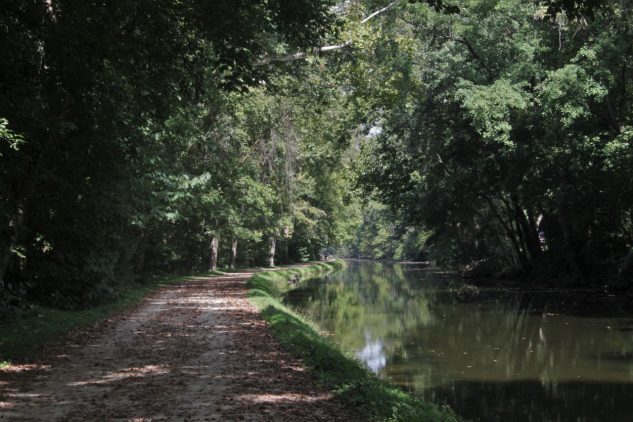 So how does the organisation design routes to cater for such varying audiences and purposes? Alex explains that “for some routes, like Bicycle Route 66 or the Underground Railroad route, there’s a historical component that we’re trying to honour while obviously adapting to realities of the roads available. For others like the Great Divide, or Northern and Southern tiers, it’s looking at essentially a corridor concept; wondering – ‘how do we get down the Rockies?’ and then getting out on the road, researching how to make that happen.”

The organisation also borrows from the local community, taking on board suggestions that can be adapted into entire and complete projects. “Our latest route is a 1,200-mile loop in Arkansas that was pitched to us by a local cyclist who already had a pretty clear concept for a route. We worked with him over two years to translate that concept into a full-blown Adventure Cycling route which just launched in May this year.”

Adventure Cycling facilitates a range of routes that provide options for both the novice cyclist and experienced bikepacker. “Whether someone’s heading out on the TransAm or creating their own weekend route from home, the experience of bike travel is what we want them to enjoy. If their next step is a ride along some of our 48,000 mapped miles, we’ll have cyclist-specific maps ready for them. Hopefully, we’ve put in some legwork to make the experience more pleasant and to give riders some peace of mind in knowing where to turn, what services to expect and an interesting, well-conceived route to follow.

Do we recommend that total novice cyclists tackle the Great Divide Mountain Bike Route? No, but it definitely happens!”

Every summer, travelling cyclists from around the world are invited to visit the Adventure Cycling headquarters in Missoula, Montana where they are welcomed with a cold drink and ice cream. Many have their photo taken upon visiting, and you only need a quick browse through the Open Road Gallery to get a preview of the wildly varying set-ups, riding styles and individuals passing through the area.

“If there’s one thing I’m continually humbled by, it’s meeting people who stop into our office during the riding season — we get about 1,200 visitors each year.  Some haven’t ridden a bike since they were a kid. They’ve simply picked something up off Craigslist, grabbed some maps and set off across America. It really makes you think, ‘what’s my excuse?’”

Jonathan Kambskard-Bennett is part of the Apidura team and one of the first points of contact for our customers. He also spent three years cycling 50,000km around the world and recently successfully competed in the Transcontinental Race. He has previously written about Savouring the Moment on weekend overnighters in the UK.

Onboard the Transcontinental Race