Welcome to Adventure Local, a series of Apidura guides designed to help you get the most out of riding in various destinations around the world. In this edition we’re exploring Bucharest, the capital of Romania, with local tour guide and Transcontinental Race finisher Silviu Martin.

To travel by bike in Bucharest requires two things: an open mind and an appetite for exploration. While still a city very much in development in terms of cycling infrastructure, what this southern Romanian metropolis lacks in bike paths, it more than makes up for in character. Littered with museums, beautiful gardens and a wealth of specialist coffee houses, Bucharest is a surprising and enchanting place to visit. Pair this with a growing cycling scene and easy access to world-class riding terrain in the surrounding mountains, and it’s plain to see why this often overlooked city should feature highly on any adventure cyclist’s wish list.

Bicycle hire in Bucharest comes mostly in the form of shared city bikes. If you’ve just arrived and are looking for a simple way to travel around the city, try either of the bike sharing rental apps recommended by Silviu – Ape Rider or I’Velo.

“Getting around Bucharest on a bike is a lot better than any other means of transport,” says Silviu, “especially in the city centre. Although Bucharest is a large city, most of the sights and popular places are bunched together in a small area that you can easily explore by bike. Just keep in mind that cycling infrastructure is close to zero – so you’ll have to cycle on the street.”

If you’re here for more serious riding, Silviu says you’d better bring your own bike. Options for high-end bike hire are slim, and so too are the chances of finding the correct size or style of bike for the kind of riding you’re looking for.

This map depicts all of the places of interest mentioned in this Adventure Local guide. From finding local bike shops and cycling cafes, to navigating rides in the surrounding area, use it to unlock the city’s cycling potential.

Tour of the Wine Roads

The Făgăraș Mountains north of the city provide a perfect destination for a multi-day excursion. 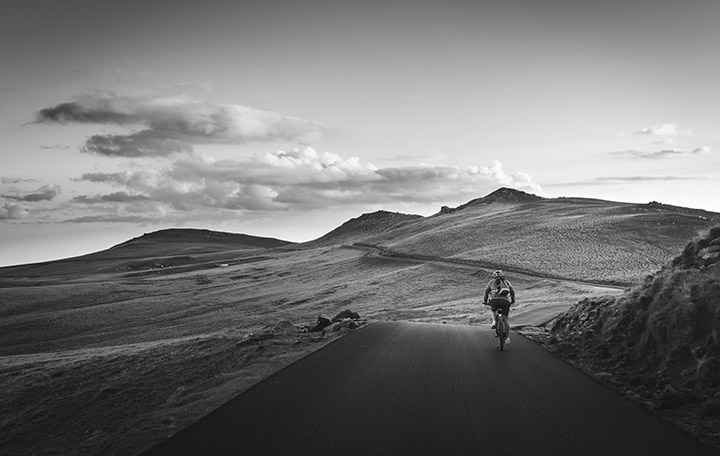 The Făgăraș Mountains north of the city provide a perfect destination for a multi-day excursion. 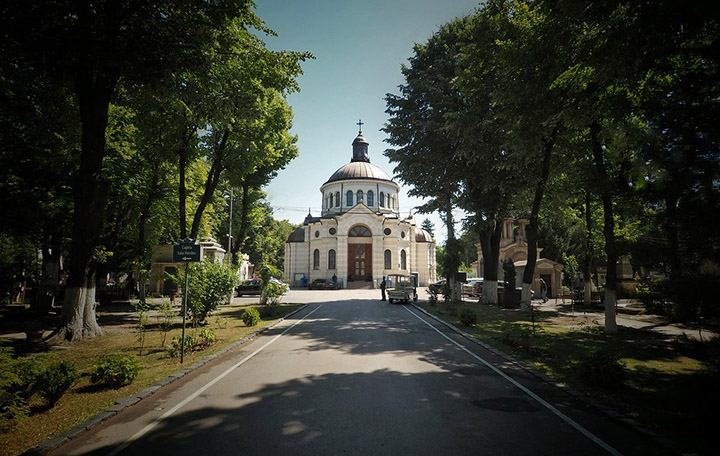 “The local cycling culture is growing rapidly, and there is a huge appetite for cycling both as a hobby and an alternative means of transport,” explains Silviu. Well-attended events are an excellent measure of this popularity, and Bucharest’s Prima Evadare is a prime example. Attracting cyclists from more than 30 countries around the world, this MTB/cross country hybrid race is Eastern Europe’s biggest, and draws over 3,000 riders each spring.

There’s also the Randonneurs Romania, a group focussed on long-distance riding, which has seen a boom in members in the last two years. Its riders have participated in some of the biggest bikepacking races on the calendar, including the Transcontinental, TransAtlantic Way, and the Silk Road Mountain Race.

A lesser known – but equally important – element of Bucharest’s culture is its relatively recent obsession with coffee. Home to more specialist cafés per person than Berlin and Copenhagen (one in every 52,000 inhabitants), almost 40 new specialist coffee shops have opened in less than two years, and that number continues to grow. In Bucharest, there is always time for a post-ride brew.

“Two of my favourite cafés are also great hubs for the cycling community,” says Silviu. “My friends and I head to these two places to grab a coffee, hang out with other riders, and plan new adventures.”

The first, Atelier Pinion, is in Sector One, north of the city centre. They stock a wide range of parts and accessories, and offer bike servicing should you need a last-minute repair. Plus, explains Silviu, “If you head to Atelier Pinion on weekend mornings you can join one of the groups that usually leave for a ride from here. Aim for about 10 am.”

The second, La Vita e Velo, occupies a beautiful building in Bucharest’s Old Town and provides the perfect setting for a coffee as you plot adventures out of town.

For those looking to venture further into the depths of Bucharest’s coffee obsession, try Dose Café on Calea Dorobanți in the north of the city. Their long opening hours cater perfectly to the travelling cyclist, and a steady stream of patrons from across the city gives you an excellent opportunity to meet Bucharest’s locals.

A great place to start – and one of the most popular routes for locals – is a ride called the ‘Tour de Snagov’ (TdS). “It’s usually done every weekend in the mornings by the various cycling groups,” says Silviu. “If you just show up around 10 or 11am at the Arc de Triumf near Herastrau Park you’re bound to meet with them.” Should you happen to miss the group ride and feel like a 90km loop solo – find the route here, or on the map at the top of the page.

For riders with more time on their hands, Silviu recommends heading a little further out of the city: “Towards the hills around Ploiești, a 40 minute drive or train ride away from Bucharest, there is some serious riding to be done. My favourite is an 80km loop called the ‘Wine Road’ that goes through the local vineyards (find it here, or on the map at the top of the page). It also includes a couple of famously short and steep roads at around 18%, and some minimally technical gravel roads.

“If you’re more into exploring, then I would recommend using Bucharest as a home base to plan further flung adventures. Sinaia is a 90 minute drive from Bucharest and from here you have access to the Bucegi National Park, a mountain biker’s paradise. There are dozens of trails and routes that you can explore, with some at heights of more than 2,000 metres. The riding here is pretty technical however, so come prepared.” 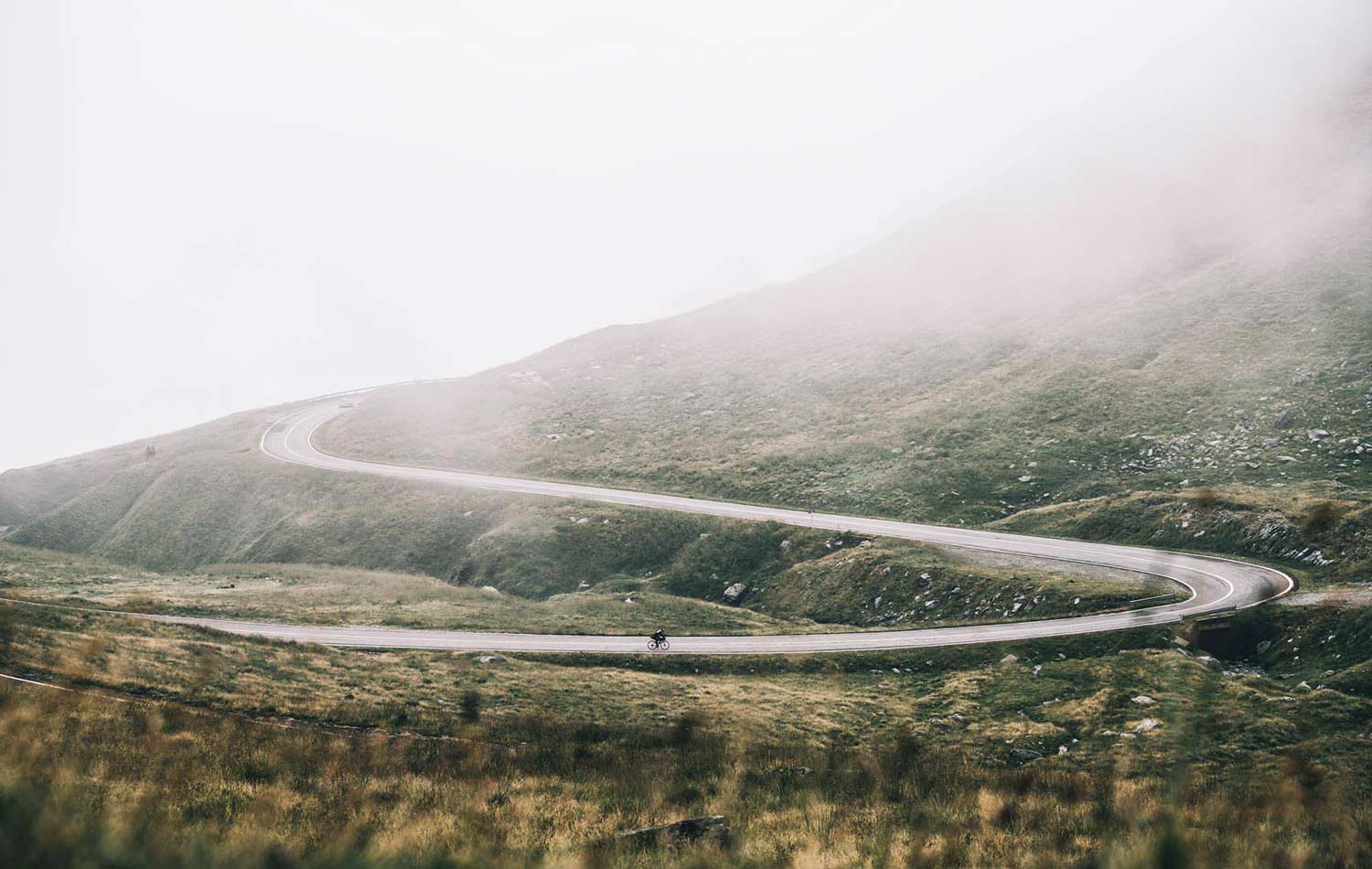 Tranquil roads in the Făgăraș Mountains.

Thanks to its ideal southerly location, Bucharest can also serve as a launchpad for expeditions into the Făgăraș Mountains – home to Romania’s highest road, the Transalpina, and arguably its most scenic, the Transfagarasan. And, for riders taking on the long-distance tour of Eurovelo Route 6, Bucharest is just north of the Danube Delta – a worthwhile detour should you be passing through.

When travelling around the country, Silviu says it’s best to avoid the main roads. “The car and lorry traffic on the main European roads (recognised by an E followed by a number) in Romania is quite bad, so use the side roads – you’d be surprised that most of them are of high quality.”

In terms of wild camping, most of the countryside surrounding Bucharest is open land without fences, providing plenty of choice in terms of spots to set up camp. Of course, if you suspect you’re on private property, ask for permission. Plus, there’s an ever-present threat of wild dogs in more rural areas, for which Silviu has his own tried and tested approach: “Don’t try to outsprint them. Most of the time, the dogs only chase you when you’re moving fast. If you go slow they just lose their interest. This is my experience not only in Romania but in the Balkans, too.”

Thanks to our Adventure Local: Bucharest ride guide, Silviu Martin. Silviu is a finisher at both the Transcontinental Race, and TransAtlantic Way, and operates adventure cycling tours around Romania with Martin Cycling Adventures. Follow his adventures on Instagram. 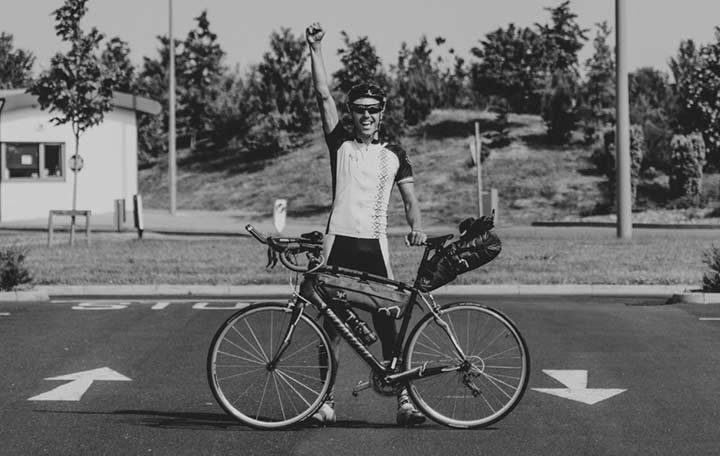