Welcome to Adventure Local, a series of Apidura guides designed to help you get the most out of riding in destinations around the world. In this edition we’re exploring Nagoya in Japan – Aichi Prefecture’s capital – with founder and editor of OutdoorAdventure.jp, Sean Breslin.

Bicycles are big in Japan – although not in the way you might expect. While there are an estimated 80 million bicycles in the country, the vast majority take the form of ‘mamacharis’, or what we know in the west as Dutch-style sit up and beg bikes. More functional than recreational, these machines are ubiquitous in the nation’s cities and villages, and Nagoya is no exception. But with its close proximity to the Japanese Alps, a trend of taking two wheels beyond the commute is prevailing. Helped along by its prime location on Japan’s main island Honshu, and its access to the Chūbu region’s Mount Fuji, this friendly and unpretentious city is proving to be a gateway to adventure by bike.

“Being a cyclist in Japan is wonderful,” says Sean, a touring cyclist who moved to Japan in 2001 and currently lives in Kasugai, just outside of Nagoya. “There are cyclists everywhere – but most simply use the bicycle as a means of transport. Luckily, with Nagoya being in the centre of the country, it’s very easy to get out of the city and find adventure. There’s everything from quiet coastal roads overlooking small fishing villages to serious climbs in the mountains.”

“There are good quality roads everywhere here so any kind of bike – road, gravel, touring, or city – would be absolutely fine,” says Sean. “You shouldn’t need a mountain bike unless you’re visiting dedicated areas, as getting off paved roads is actually quite hard to do.”

Kato Cycle is a friendly, family run shop in the centre of the city – and a great place to visit for information or to pick up forgotten items. It has an eye-watering selection of parts and products stacked to the rafters, and a reputation for providing first-class road and mountain bikes. The staff speak English, too. 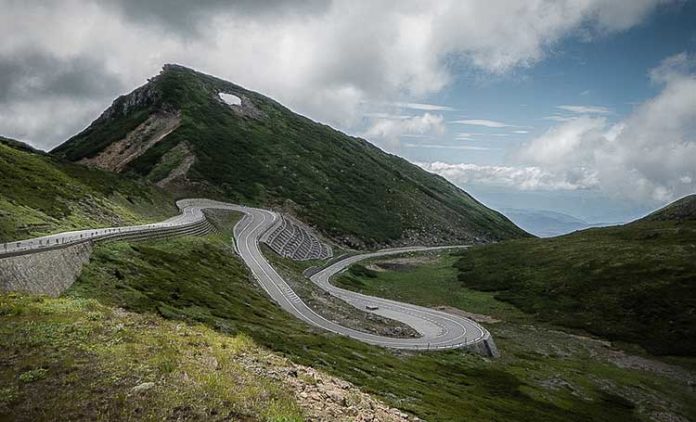 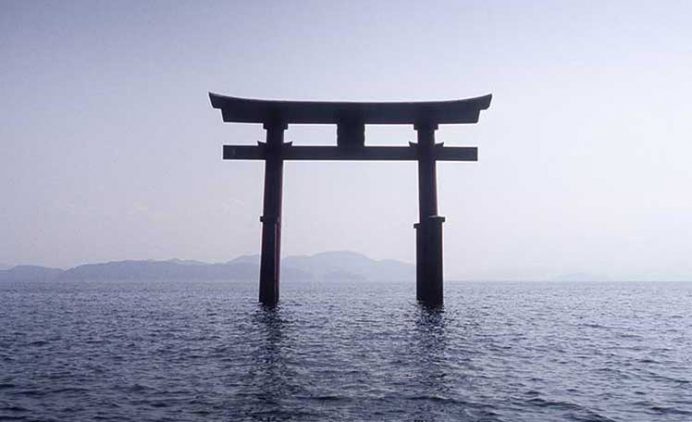 “There are a lot or touring cyclists in Japan – both Japanese and visitors from abroad – and I regularly spot cyclists that look like they are bikepacking,” says Sean. “Cycling culture is huge here, and most people ride bikes – whether it’s for grocery shopping on a mamachari, road cycling at the weekend, or racing in all kinds of events, from keirin to downhill mountain biking. Japan caters for all kinds of cyclists.”

Local events are organised regularly and, for English-speaking travellers, can be accessed via the handy Sports Entry – a free online service that lists and provides electronic entry for amateur sporting events across Japan.

“The Japanese Odyssey, an endurance bikepacking event held once a year, is continuing to gain popularity in the bikepacking world, but there is lots of other stuff going on too,” says Sean. “You could join the Mount Fuji and Mount Norikura hill climb events, for example, and there are regular MTB and cyclocross races, too.”

One thing Japan isn’t short of is mountains, and Nagoya is a perfect launchpad from which to explore them. The Japanese Alps to the north of the city are made up of three main mountain ranges – the Kita Alps, Chuo Alps, and Minami Alps.

Getting there from Nagoya by train is easy (you’ll need a bike bag to travel with, called a ‘rinko’ bag in Japanese), but if you’d rather ride, Gifu is roughly two hours away, and Nagano could be reached within a day or so of touring. But rather than the main road out of town, Sean recommends another route, from Kasugai along the Shonai River, to Ena. “There are a lot less cars, and the scenery is much nicer. Take your time through any number of the towns along the way to enjoy Goheimochi (五平餅), a famous sticky rice and miso paste delicacy from the region, and be sure to stop off at Eihoji (永保寺), a nice Buddhist temple and garden on the outskirts of Tajimi (多治見), which is only a stones throw away from the route.”

If you want to fast-track though, then the train is the way to go: “You can catch the Shinano Express train from Nagoya Station that takes you up the Kiso Valley to Matsumoto and on to Nagano city,” says Sean. “It takes roughly three hours, but once you’re there you’ll be surrounded by mountains, rural towns and villages. At the weekend it’s a very popular train for hikers heading to the mountains so if possible try and avoid busy periods. 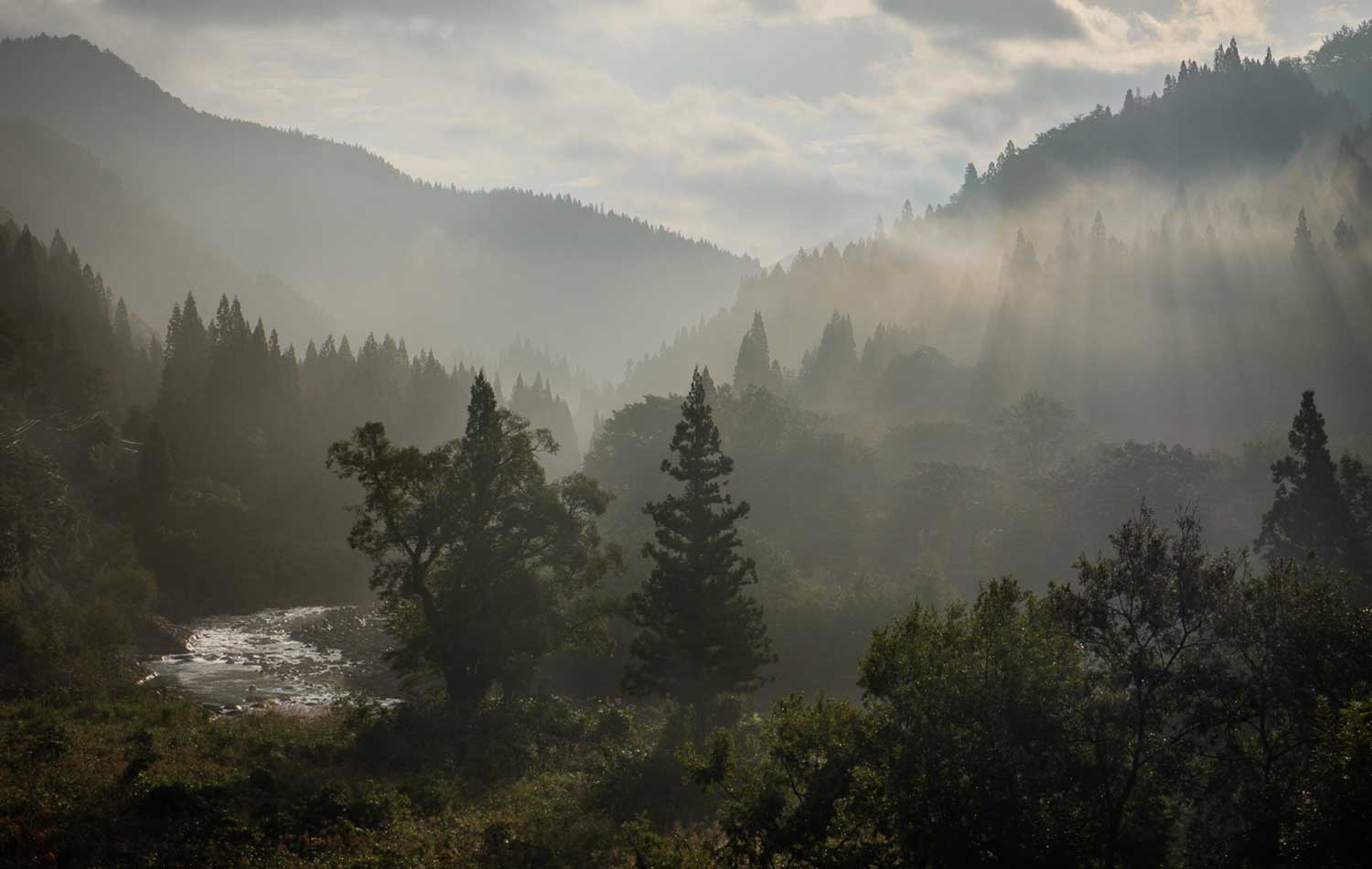 “If you’re in decent shape and in Japan between July and the end of October then I’d highly recommend Mount Norikura between Matsumoto and Takayama. It’s a 17 kilometre climb that goes up to 2,712 metres, and is the highest road in Japan. You can ride it from either the Gifu or Nagano side, and some people like to do both sides in one day. The Gifu side is harder and therefore quieter, but both sides have superb views and are well worth it. The road is closed to cars, too – so only cyclists, taxis, and buses are allowed up.

“At the base of either side you’ll find traditional pensions and hot springs that are bliss at the end of a hard day’s riding. Just make sure you take appropriate clothing – I’ve ridden up in August when it was 30C at the base but just 3C at the top.”

While Japan may not possess vast swaths of wilderness, its hyper-connected infrastructure does have its advantages. If you’re ever in trouble, a train station is never far away. “Take a rinko bag (a lightweight portable bike bag, designed to cling around a dismantled bike) with you on longer rides,” says Sean. “They’re readily available in bike shops, and you’ll need it to cover your bike to be allowed on the train. You’ll be back in the city within an hour or two and, as a bonus, the bag doubles as a ground sheet when bikepacking.”

Where To Hang Out

The Culture Club serves Nagoya as a co-op style space for the local riding community. Hosting lessons in bike mechanics, as well as events, rides, and a space to work on your bike, this hub of activity is certainly worth a visit.

Just down the road you’ll find Circles, a bike shop that was trendy enough to be featured on the Radavist, and with its intimate vibe and selection of high-quality gear typical of Japanese taste, it’s easy to see why.

Nagoya is a thoroughly modern city. With the luxury of a less well-known reputation than the likes of Tokyo and Kyoto, a laid back atmosphere pervades. “It’s a little more relaxed, and for me that’s one of it’s charms,” explains Sean. “But it is famous for its cuisine – especially red miso. If you are in Nagoya you should definitely try miso katsu, a pork cutlet covered in thick red miso sauce.

“Nagoya is a great city to get lost in on a bicycle, so just go for a ride and see where you end up. In terms of must-see places, Atsuta Shrine near Kanayama Station is one of Japan’s most important Shinto shrines, and Nagoya Castle shouldn’t be missed. I’d also recommend a day trip to Inuyama, about 20 kilometres north of Nagoya. It has one of the oldest castles in Japan, has a famous shrine called Narita-san, and is home to the Meiji-mura architectural museum. In summer you can also take a boat ride along the Kiso River and experience traditional cormorant fishing.” 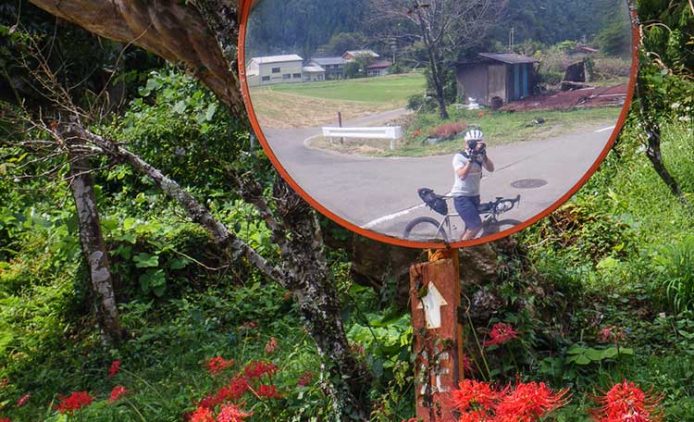 Thanks to Sean Breslin of OutdoorAdventure.jp (formerly bikepackingjapan.com) for being the wisdom behind the wheels of Adventure Local; Nagoya. Follow @outdooradventurejp on Instagram.

We discover the secrets of adventure cycling in Dartmoor, with Adventure Local ride guide Alex Long.