We chat to TCRno5 rider Berk Okyay: Veteran of TCRno4, proud winner of the Number 171 competition this year, and an Apidura rider. 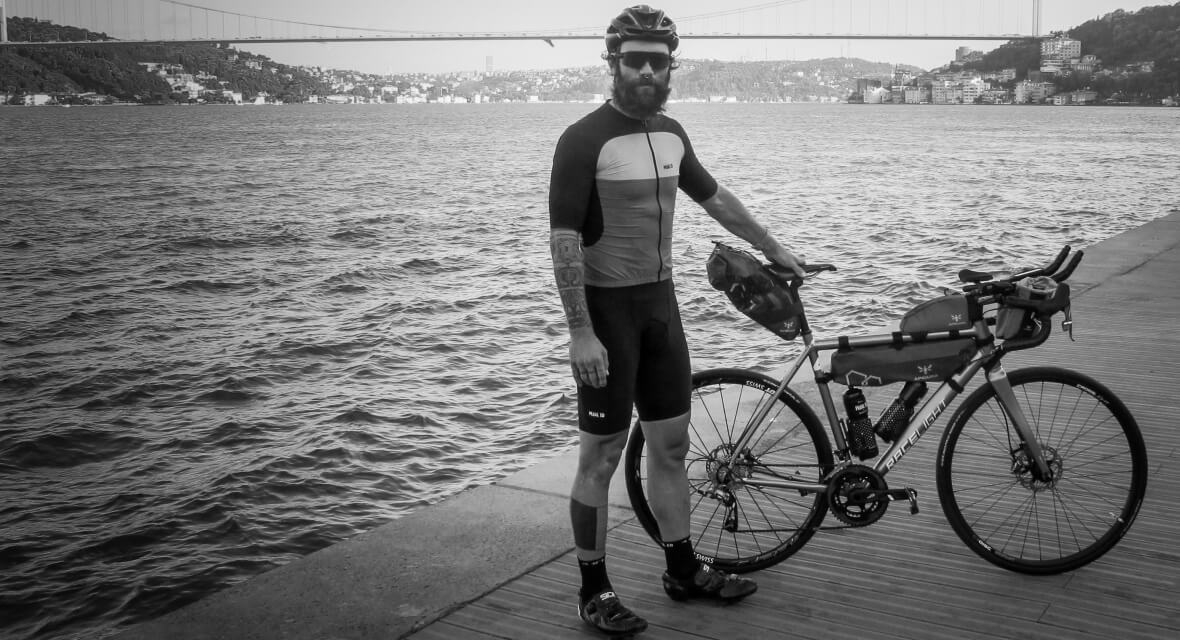 What was your history in cycling before the Transcontinental?

Since childhood, cycling has always represented fun and freedom for me. I got more and more passionate over time, then when I learned about the Transcontinental, this passion of mine found a direction.

What did you learn from your first Transcontinental Race experience?

My first experience of the race was learning just how much of a challenge it was – both mentally and physically – and I think I became a lot stronger as a result of that. I learnt how to be independent and self-sufficient on the bike, and how to be flexible to different situations. Oh, I also learned how much of a mistake it was to do the adventure without a sleeping bag!

How have you prepared for this year’s race?

The feeling upon finishing last year’s race was so great that shortly after it, I decided I would take part in TCRNo5. Since I made that decision I have been spending a lot of time in the saddle, and I’ll continue doing that until the race. When I go out riding, I usually do long distances of at least 100km, but I also support my training on the bike with swimming.

What do you think about the route and checkpoints for 2017?

This year’s route is going to require a very different route from most previous editions. It’s a lot more northern than usual. Personally, I am particularly looking forward to Romania and the Transfăgărășan (CP4) with excitement. It looks pretty interesting.

Carrying No 171 feels really amazing, but it also makes me feel like I’m under a bit of pressure. This year’s race is going to be very special, so representing number 171 means a lot to me.

2017 will be the first time that the race has finished outside of Turkey. Being a native there, have you seen the adventure cycling community change over the last five years?

There’s an increasing interest in cycling in Turkey, and I think the TCR has contributed to this quite a lot. I actually realised during the application process to become rider 171 that I was enabling other people to discover the race and cycling as a sport, so I hope I contributed a little bit to this too. Compared to many other countries it can be difficult to simply go out and ride, as cycling is sometimes seen as an extreme thing to do here, so it’s really nice to see people become more engaged day by day.

Before last year’s race, I made a big decision and quit my job to participate. I concentrated everything on cycling, and it is a real passion now. Everything I do that involves cycling is very precious to me, and this fact, combined with the whole TCR adventure, is going to make for a unique experience. But apart from experiencing the adventure, I hope to finish in 14 days. That’s my target.

Emmanuel shares his and Guillaume's favourite memories from organising and riding The Japanese Odyssey.

Rodney Soncco tells us about the unique challenges of racing across different climates and landscapes in BikingMan races.