The greatest female cyclist the world has ever ignored 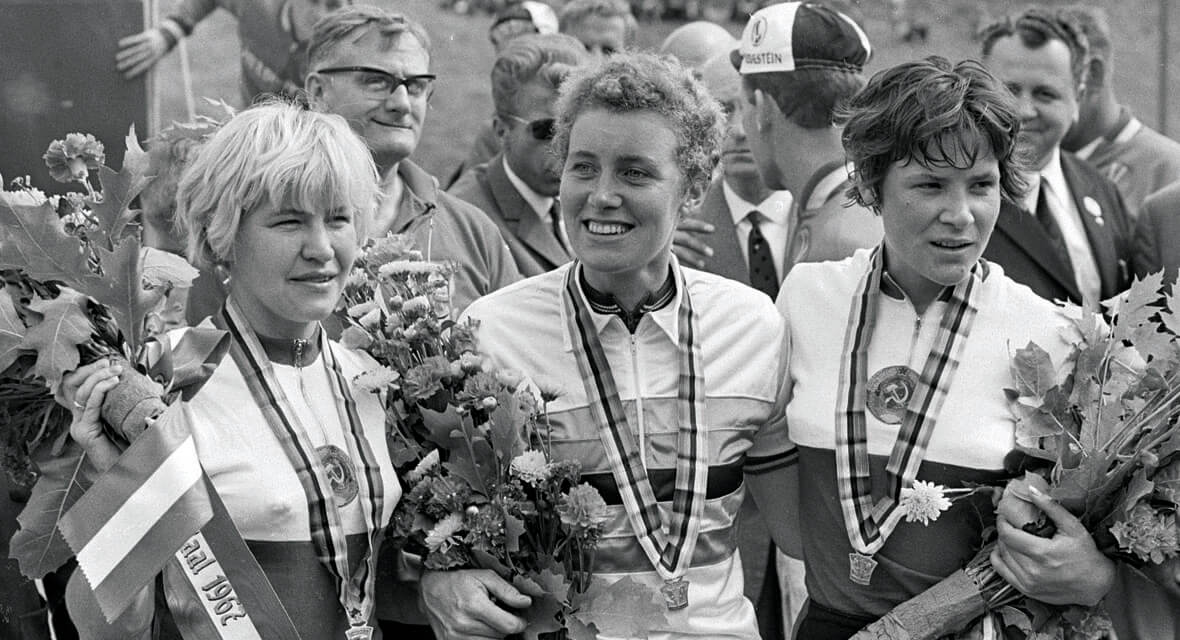 She was a mother, a housewife, a part-time rhubarb picker. She was also the greatest female cyclist the world has ever ignored.

In 1967, 30-year-old Beryl Burton set a new 12-hour time trial record of 277.25 miles, handing men’s leader Mike McNamara a consolatory liquorice allsort as she passed him. “Poor Mac,” she recalls thinking, “his glory, richly deserved, was going to be overshadowed by a woman.” Her record exceeded the men’s for two years, and has not yet been beaten by a woman, even with modern day advances such as carbon frames, skinsuits and scientific training regimes*.

For three decades, Burton dominated the women’s cycling scene. By the end of her career she was racing against her own daughter, Denise, notably when the two represented Great Britain in the 1972 world championships. Ten years later they set a new 10-mile record for women riding a tandem.

She broke too many records to list, over the course of her career reducing some of them by as much as 15%, and was named Best British All-Rounder 25 years running – a career span that would be the envy of most of today’s professionals.

Burton’s career grew out of the bustling amateur racing scene of 1950s Yorkshire. She was introduced to cycling by her husband Charlie, who very quickly realized that her talent was far greater than his, and gave up his own cycling career to support her. As Helen Pidd puts it, he was “a one-man mechanic, driver, childminder and husband rolled into one”[1]. Nonetheless, she could never have dominated road cycling the way she did without her extraordinary reserves of toughness – what Hugh Gladstone calls “her gritty determination and steely demeanour”[2]. Her refusal to quit was eventually what killed her, when her heart gave out on a ride delivering invitations to her 59th birthday party.

It is easy to think of Burton as having been born into the wrong era. Not only was she ahead of her time in terms of cycling ability (her 10- 25- and 50-mile records stood for 20 years, and her 100-mile record for 28), she also missed out on the chance for greater recognition, and the kind of professional support that might have advanced her achievements to even more dizzying heights.

Women’s cycling was not introduced to the Olympics until 1984, slightly too late for Burton (although she was still a force to be reckoned with, continuing to win time trial titles well into her sixth decade), and female pro cyclists still command a fraction of the sponsorship and coverage that the men do.

It is tempting, though ultimately fruitless, to wonder how much greater her achievements would have been had she had been able to train as a full-time professional athlete, to imagine her leaving Marianne Vos for dust (and perhaps a few of the male pros as well), and to speculate on whether her awe-inspiring feats would actually have helped further the cause of women’s cycling. Perhaps, with Burton leading the field, we would long ago have realized the absurdity of keeping women out of the Grand Tours, and Beryl, along with many other neglected champions, could finally take her place at the head of cycling’s hall of fame.

Personal Best: The Autobiography of Beryl Burton is published by Mercian Manuals.

People were turning into trees and trees into people.