Staying safe and enjoying life on the road as a solo female bikepacker: tips from around-the-world cyclist Juliana Buhring

As one of a growing number of lone women pedalling their way across countries and continents, I inevitably encounter the full range of reactions from ‘It’s too dangerous’, and ‘aren’t you afraid?’, to ‘you must be mad’. Granted, the world is not as dangerous as many believe it to be, but there are some things the solitary female cyclist can do to increase the likelihood of “coming home in one piece”.

Growing up, I challenged my gender stereotypes more often than not. Never much of a “girlygirl” to begin with, I disliked skirts, Barbie dolls and skipped over the pretty-in-pink princess years altogether. I preferred Lego, climbing trees, and wrestling with the boys, who, encouraged by my anathema of dresses, bathing and prissy girls, duly accepted me as “one of the guys”.

Growing up for me meant learning how to sit in a skirt and groom until I looked and smelled like a lady. Cycling the world meant unlearning all of my acquired womanly graces and rediscovering my inner tomboy. After a few months on the road, I resembled a cowboy who’d been dragged behind a horse for 10 miles. In a fit of foresight, I had cut off my hair, imagining it would be impossible to maintain and indeed, it was nearly always matted and greasy. A wash with a bar of soap felt like a luxury and I strongly suspected my smell might have been responsible for the two meter radius people seemed to maintain. In short, I lost all concern for looking or smelling good, which was important, because the better a woman looks, the more attention she receives, and it is attention that you do not want. Which leads to my top tips for the wandering woman. 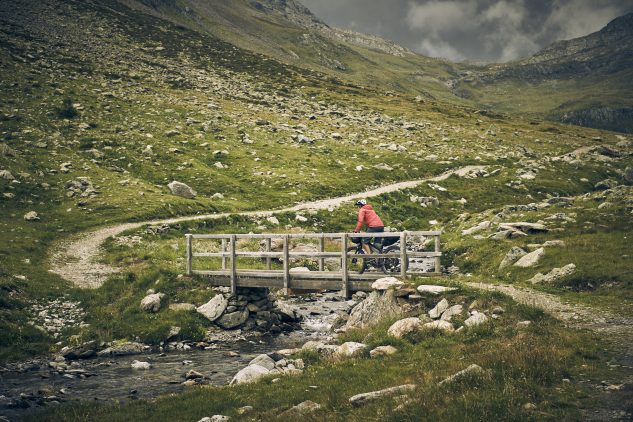 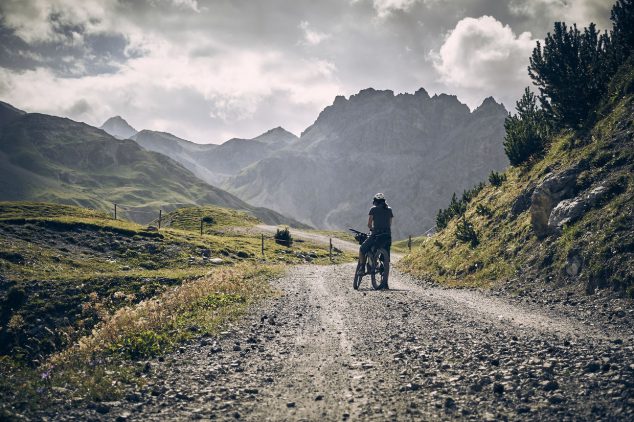 Rediscover your inner tomboy. Embrace your inner hobo. It is your best deterrent from unwanted stalkers on the road.

2) Civilization is your friend.

It’s a bit of a catch 22. While other humans are often the greatest threat, being near populated areas may also help keep you safe. A lone woman travelling on a quiet road in the middle of the country makes for an attractive and easy target. Shout for help and nobody would hear. Disappear and nobody would know. Imagine breaking down on a main road where there is likely to be a service station or telephone nearby, as opposed to breaking down far from civilization and assistance.

As a general rule, when given a choice between the quiet, scenic route, and a busy highway, I will choose the busier roads every time. More dust, more traffic, more noise, more safety.

The same rule applies when finding a place to sleep for the night. Try to be close enough to civilization that you can dial 911 in an emergency and expect a 15 minute response. While pedalling through Thailand, I broke my own rule. Intent on relaxing and passing a night on the beach, I turned off the main road towards the coast, far from any villages, police or people. After finding a bungalow camp 10 metres from the ocean and paying 8 dollars for a little wooden hut, I discovered there was no phone connection in the area. My GPS SPOT tracker could not pick up a satellite signal and would not transmit, should I hit the emergency button.

That night, the only other guests occupying the hut next to mine were robbed at gunpoint by three men I had seen hanging around earlier. I have never felt more helpless than at that moment, knowing there was nothing I could do to call for help. Fortunately, the thieves never came to my door. It may be that my top tip served me well that night. I was working the filthy hobo look when I wheeled up asking for a room and they hardly gave me a second glance. Or it may have been the three stray beach dogs sat in front of my door growling and barking. The canines, at least, did not seem to mind my smell.

When it comes to smell, there are times when humans and animals are not so different. Animals smell fear, and so can humans. I read somewhere that, when facing a wild animal, you should make yourself as big as possible to scare them off. The same trick could apply to humans and forms the basis of my next tip.

Most would-be attackers will think twice if you look capable of giving as good as you get. No criminal wants to get caught and the more likely you are to put up a fight, kick up some dust and draw attention, the less likely they’ll find you an attractive target.

When in a situation where you feel unsafe, make yourself big, larger than life. Become the threat. This worked wonders when pedalling through India, where gangs of men doubled up on motorcycles would follow me down the highway. Each time I stopped, a mob of men closed in around me, silent and staring. I felt very alone and very intimidated. Plugging in my earphones and ignoring them, only served to encourage bad behaviour.

When animals are cornered, they become aggressive. A rat being flushed down the toilet bowl attacks the broom handle, a threatened dog snaps and bites. Sick with diarrhoea, hot, tired and surrounded by a jostling mob, I too finally snapped. I needed directions to the next town and nobody would answer my persistent inquiries. All they did was stare until the tension in the air was palpable. Hedged in on all sides, with the crowd pushing against me and my bike, I felt claustrophobic and panicky as a caged animal. My response was to start acting like one. I shouted and waved my arms around in a fairly accurate rendering of a crazy monkey. No one could understand what I was saying, but I could see the surprise and uncertainty on their faces. I pushed my bike through them and they parted for me to pass. Nobody followed.

I handled all future situations in much the same way, shouting maniacally and threatening motorbike stalkers with my raised fist. First they’d laugh, then look worried and eventually drive off as the scene I created inevitably attracted the curiosity of bystanders and passing motorists. Acting big and bold usually attracts the wrong kind of attention, but when used at the right times, can be an effective weapon in the lone female’s arsenal. Be a mouse that scares elephants.

Never be alone, even when alone. I always have a friend/s “just up ahead waiting for me”. If and when people ask, let them know there is someone nearby, or that you are being tracked on live GPS. Carrying a SPOT tracker is an obvious and effective way to do this. Let people know exactly what it is, and that you are being watched at all times.

I tend to be vague when strangers ask where I am going. You can give the ultimate destination without filling in the exact route. When someone gets too interested in the details, or if I get a strange vibe or sensation from a curious stranger, I will flat out tell them I’m going in the opposite direction to throw them off my trail. They may be well meaning, but you never know for sure and it is better to be safe than take the risk of being followed by someone with less than honourable intentions. If you are carrying a GPS tracker which regularly updates your route online, switch it off at least an hour before you stop, so your exact location cannot be traced.

If you suspect you are being followed, pull over somewhere busy. In Thailand, I was stalked for a couple hours by a guy on a red scooter. He grew bolder as time passed, coming right up next to me and launching into an impressive repertoire of dirty Thai words. I decided to use the aggressive approach, pulled out my iPhone and snapped his picture. This appeared to rattle him and he sped up ahead, turning a sharp corner in the road. The moment he was out of sight, I swerved off onto a side road and into a service station toilet, where I bunkered down with my bike for a good 20 minutes, until I felt it was safe to emerge again.

Old Nokias are my favourite. You can bang them around, drop them in water, ride your bike over them – that clunky little piece of mobile genius is not a quitter. Its battery alone will last a week. Get a sim card that works everywhere. One phone is never enough, always carry two, and make sure that emergency mobile is the toughest piece of equipment you have.

I cannot stress this enough. It may be last on the list, but it’s probably the most important. We are conditioned from infancy to always be pleasant and polite. Forget social niceties and political correctness. You are a stranger on someone else’s turf, and therefore ignorant of your surroundings and vulnerable. It’s okay to be paranoid sometimes. Better to be uncivil and safe than kind and killed. Our animal instincts have grown weak from lack of use, but it doesn’t mean we don’t have them. If you don’t feel safe, you probably aren’t. Listen to what your instinct tells you and trust it. Trust yourself. If you feel confident, you project confidence, and confidence inspires respect. As it should! You are amongst a rare minority of women travelling the world alone on two wheels. What’s not to respect about that?

This story was prepared for Apidura by Juliana Buhring. Juliana holds the first Guinness World Record for Fastest Woman to Circumnavigate the World by Bicycle. She is a bestselling author, children’s rights activist and endurance athlete. You can follow her blog at julianabuhring.com/blog.

Henrik Orre, a chef with a penchant for cycling, shares his favourite recipes for bikepacking adventures.

Self-Support: How to Repair Your Bike on Tour

Equip yourself with the right tools and knowledge for when your bike needs repairing on tour.