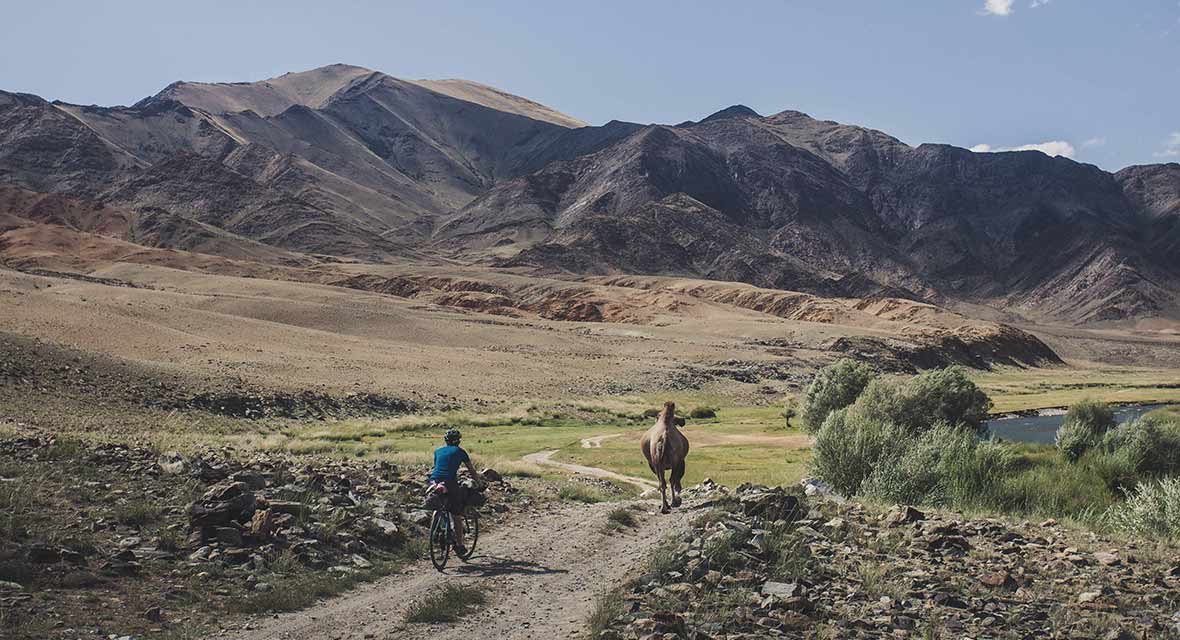 An adventure in the Altai mountains of Kazakhstan has been an idea I’ve had in the back of my mind since 2014; sprung from a conversation with a guy I met at a wedding in neighbouring Uzbekistan (a story for another time). We made polite conversation, and he said I had to visit the Altai: “You must visit the alpine lakes, the snowy peaks and the true wilderness of the eastern Altai mountains – it’s the most beautiful place.” I looked at the map, and unfortunately they were miles from where I was heading on that particular trip. It would take a few years, and a lot of planning, before I would be able to return.

Fast forward to 2017, and I found myself at the start of a tour of the Altai region that would incorporate Kazakhstan, China, Mongolia and Russia, with Marion and Jack Chevell for company. I was returning on those lingering dreams of untouched tracks and natural beauty, but what really fascinated me about the route was the concept of the Altai being like the crossroads of Central Asia. It’s a point where four of the planet’s largest countries meet, and while the mountains in the centre of the loop would stay the same, the politics and people would surely change. As I know only too well, if you want to get a true feel for a country and a culture, then a slow bikepacking tour is the best way to do it.

The route was largely pre-determined by the border crossings which were open for foreigners, and this was just one bureaucratic restraint, as the trip was nothing short of a red tape obstacle course. Through research we discovered we needed three visas, and special border permits for two of the countries, while certain tracks were supposedly impassable, and there was no information – or merely just conflicting reports – to confirm either way.

We set off feeling relaxed that the winds were blowing at our backs, and that our fate was in our own hands – for the time being. The cosy wooden houses, horse riders and smiling faces we soon encountered were a welcome reminder of previous trips to Kazakhstan. I breathed deeply, and felt home in a region I have grown to love riding my bike through. Ahead of us the mountains rose up, while the gravel track wound its way through them on its journey headed south. This was bikepacking terrain at its best.

In eastern Kazakhstan, most of the locals are now settled in villages; the traditional semi-nomadic lifestyle having been hit by the planning and collectivism of the Soviet days, which saw a shift to permanent houses and farmsteads. Kazakhstan is probably the wealthiest ‘Stan’, owing to its size and natural resource wealth, but there are vast disparities within it still, and this eastern frontier is one of the poorest regions.

The border with China proved quite the geographic boundary as we approached it, with the sand dunes of the desert rising up from the arid steppe of Kazakhstan. We rode alongside the border fence for a few days, under the watchful eyes of guard towers and patrols, until we finally reached an open border.

The crossing itself took 4.5 hours, despite it not even being that busy, because the Chinese don’t want to see the local Xinjiang Kazakh population emigrate to Kazakhstan. Some people’s phones get scanned as they try to cross the border; with officials checking browsing and messaging history. Apparently, any emigration-based content found or suspected can lead to being locked up in these parts, but we were obviously deemed low risk, and so were only subject to an interview. While terrorism is less of an issue here than further south in Xinjiang, where some of the Uighur population are seeking an independent state of Turkestan, it still felt like a police state, and Han Chinese are piling in to settle here, seemingly at the expense of the Kazakhs.

When we stopped for food we were often served Eastern Chinese food – not that we were complaining – but it is a noted contrast to the rest of Central Asia, and while we still passed yurts by the road, and camels in herds, the shift from the pastures to the city was evident to see, with modern mega metropolises rising from the sands.

As we approached Mongolia the herders and the yurts (called gers in Mongolia) began to return – along with the heightened security. On the approach to the border there was a  CCTV camera on the road every 50 metres for 10 kilometres.

Mongolia’s western region is not ethnically Mongol, but Kazakh. They speak Kazakh, lead a very traditional Kazakh lifestyle, and as we were told – and saw for ourselves – in some ways it’s now more Kazakh than Kazakhstan. This is because unlike in China and the former USSR, the locals in Mongolia have been left to get on with their lives without interference. As a result, the traditional food and semi nomadic herding lifestyle still exists, and the region is now one of the few places where you can find people practicing the ancient art of eagle hunting without a touristic slant. We were lucky enough to spot some tethered up outside a ger, and so wandered over to learn more about the practice.

The final stop was Russia, and the semi-autonomous Alay Republic. The snowy mountains and forested landscape had quite a North American feel, and it could have been the log cabins of Colorado that we could see lining the roadsides. Riding through Russia, you begin to see parallels with the USA elsewhere too, and start to see the countries as remarkably similar siblings that rival and feud: The self-assuredness of the people – here a mixture of Altai, Kazakh and Russian – their love of hunting, guns and rugged living being just some observations. After Mongolia, the region felt less exotic and exciting, but it was still beautiful to ride through and explore. The more European-style of food – including cafes with coffee – were a welcome return too.

The trip was of course incredible for the riding, but so often it’s what you see, observe, and learn, as well as who you meet, that makes a trip special. Travelling by bike has a unique way of opening these doors, so don’t race through or you’ll miss the reason for travelling in the first place.