On the day of the exhibition launch, Apidura talks to Un-Lost photographer Camille McMillan, who sheds light on the concept behind the project. 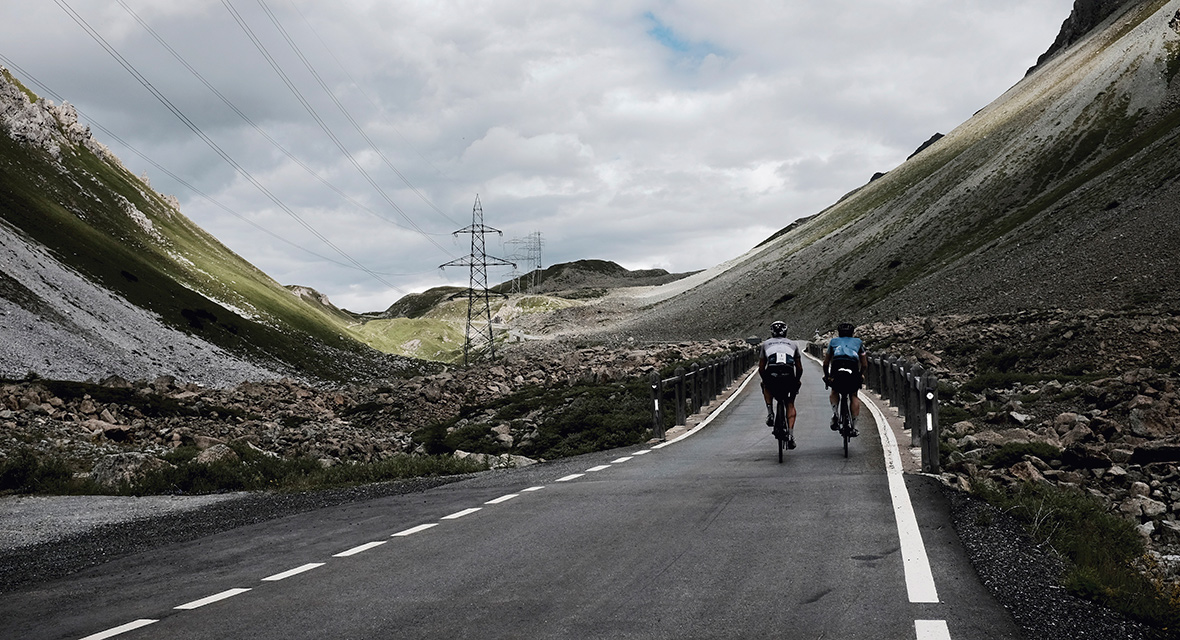 At 4,000km, it is often The Transcontinental’s enormous scale that first captures the imagination, but the race isn’t just defined by its length. The riders’ responsibility isn’t just to pedal, but to plot their route, find enough food and water to fuel their endeavours, to find places to rest, and find ways to keep themselves lucid through the isolation and sleep deprivation. To paraphrase the race’s founder, Mike Hall, in words he offered during a pre-race briefing one year, ‘If you get lost, you will need to get un-lost.’

As exhibition photographer Camille asks, ‘When we talk about being lost, are we talking about the idea of being lost in terms of who we are, or are we just talking about it in terms of being physically, geographically lost?’ No doubt Mike Hall knew exactly how his words could have been interpreted by riders when he first spoke them, and they have since come to represent something of the very essence of the Transcontinental Race.

‘It’s about doing this incredible journey; about finding yourself, and your limits,’ says Camille, offering one explanation. ‘The Transcontinental is a bit like a modern pilgrimage. How many riders are actually doing it to race for the win? Not many. Most are just looking to compete in something, push themselves, set themselves a goal, lose themselves – find themselves. A lot of people probably don’t know why they’re doing it, but find themselves doing it anyway. To some degree they’re all trying to get un-lost.’

‘This ties into geographical location too,’ Camille continues. ‘It’s about the riders, but it’s also about their location; where they are.’ And with the endless kilometres, border crossings, mountain ranges and vast plains of an entire continent, a rider’s mental whereabouts, however stable, is indeed inseparably linked to their physical one on such a journey.

A perusual of some of the images in the 56-strong collection that constitutes the Un-Lost exhibition only confirms this, often depicting tiny, insignificant riders framed against the vast walls of rock, looming skies, and sprawling landscapes that impede their paths. More often there is no rider at all, with the image enticing its viewer to form their own version of events in their mind, forcing them to look harder, drawing them into the frame, and with that, the journey of the race itself.

‘I know it’s impossible to capture the truth, but as a photographer you’re capturing a kind of truth,’ says Camille of the collection. ‘I’m not refining the images, or cropping them, or moving anything around. It’s just what I saw; quick pictures of specific moments in time, and I hope that when people look at my photos, something will reveal itself,’ he explains. ‘I’m not one to spoon feed. It’s about looking.

‘Following the Transcontinental, I can be at a location for 20 seconds or half a day, but in either situation, as an image maker I need to really look at the location. When I take a picture of a place, I really have to study it, and as a result I get to know it. I’m not lost, even though I may not know where I am.’

The worldwide exhibition was launched on December 12th, 2017, and ran for two months until February 15th, 2018. Working alongside a variety of handpicked locations, a selection of signed, framed prints were made available to view and purchase at fourteen pop-up galleries around the world.

We take an in-depth look at the kit Joe Rass-Court used for fastpacking around Colombia.