Cory Wallace: Unexpected Adventures and an FKT on Kilimanjaro

International travel disruption has become a fact of life during the COVID-19 pandemic, with flights and races cancelled or postponed. For professional cyclists, this has meant finding ways to make the most of difficult travel situations. Here, Cory Wallace, a professional mountain biker from Canada tells us how he’s made the most of finding himself stranded in foreign countries over the last two years, finding unexpected adventure each time while improvising abroad.

For Cory, travel is a necessity for competing in the international race calendar. In 2020, he found himself stranded in Nepal when the virus first broke out. “We had about two days’ notice that the lockdown was about to happen at the start of March. At that time, I had to make a decision on my next steps but decided to stay in the country. I thought it would be a couple of weeks, but it ended up being four months!

After the first few weeks, we realised that domestic life in Nepal wasn’t changing that much, and so we found a place to settle up in the mountains. From where we were staying, we could get up in the morning and start a 90-minute climb up to around 3,500m elevation. Up on the ridge, there was a 7km trail and then a bunch of different downhills to descend on. Every morning we’d make the journey up, pick a route and ride back down. As time went on, we started building trails and pretty soon we had an amazing trail network”.

As the weeks passed, the seasons began to shift, and the monsoons rolled in. The trails became a slippery mess in the rain, so Cory moved down to the capital, where a full traffic ban had completely changed the city experience. “To ride an empty Kathmandu was the chance of a lifetime, and I spent 3 months riding around the city without traffic or pollution. By the end of September, the cars were back and the pollution was returning. That’s when I decided to take a flight back to Canada. I could have gone home earlier on a repatriation flight, but I didn’t really see any rush to go back, considering I was pretty happy where I was.” 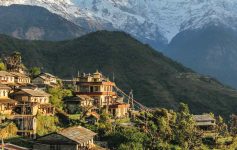 Fast forward to October 2021, and Cory was in South Africa to race the Cape Epic. While there, he hoped to get some dental work done after the event before travelling back to Canada. Unfortunately, the work didn’t quite go to plan and a couple of errors left Cory with infections that delayed the return trip.

“On the last day of dental work, the Omicron variant broke out. I was riding with Lachlan Morton that day and we overheard some travellers saying that their flights had been cancelled. That afternoon I had my final appointment, while Lachlan booked one of the last flights out of South Africa. By the time I got back from the dentist, it was too late.

I looked at my options, but there wasn’t much choice and it seemed apparent that I’d be stuck in South Africa for a while. Canada and the rest of the world completely freaked out about the new variant, but within South Africa little was done to change restrictions. Lachlan gave me his entry to The Munga – a gruelling 1,000km single stage MTB race – so I got to see plenty more of the country, even if the race didn’t really go my way due to lack of preparation”.

Not long after, Cory tried to go home again, but Canada wasn’t accepting the South African PCR test results. At the time, Tanzania was considered a ‘green-list’ country by Canada – so he opted to head there for two weeks. It would count as quarantine, and then Cory could finally fly home to Canada with ease.

“It felt like a plan! I went to Zanzibar for two weeks of relaxing off-season, but after Christmas, instead of flying home, I decided to cancel the flight ticket. I didn’t want to miss New Year’s in Zanzibar! At the same time was around -30C in Canada, with all kinds of lockdowns going on – so I was happy to stay put and escape all the craziness.

Once again, I settled in, and because I had some Apidura packs with me, I was all set to go bikepacking. I strapped on the Backcountry packs and headed inland. There was one destination that had been in my mind for a while, a full sea-to-summit, with Kilimanjaro’s peak as the final destination”.

It’s only around 350km from the coast to Kilimanjaro, a 2/3-day ride for Cory at touring pace, but he opted to take the backroads and explore some of the mountains on the way. With minimal traffic, a pleasant altitude (having travelled in from the humid coast) and beautiful scenery, Cory reckons it was some of the best singletrack he’s found anywhere – and that’s high praise coming from a man as well-cycled as he is. In the end, it took Cory around 3 weeks to reach the base of the mountain, having taken the long way and explored every distraction along the way.

A few people have cycled Kilimanjaro in recent years, but most get porters to take their bikes up to the summit for them so they can ride down. Cory had other ideas and decided to set the fastest known time (FKT) to climb the mountain. 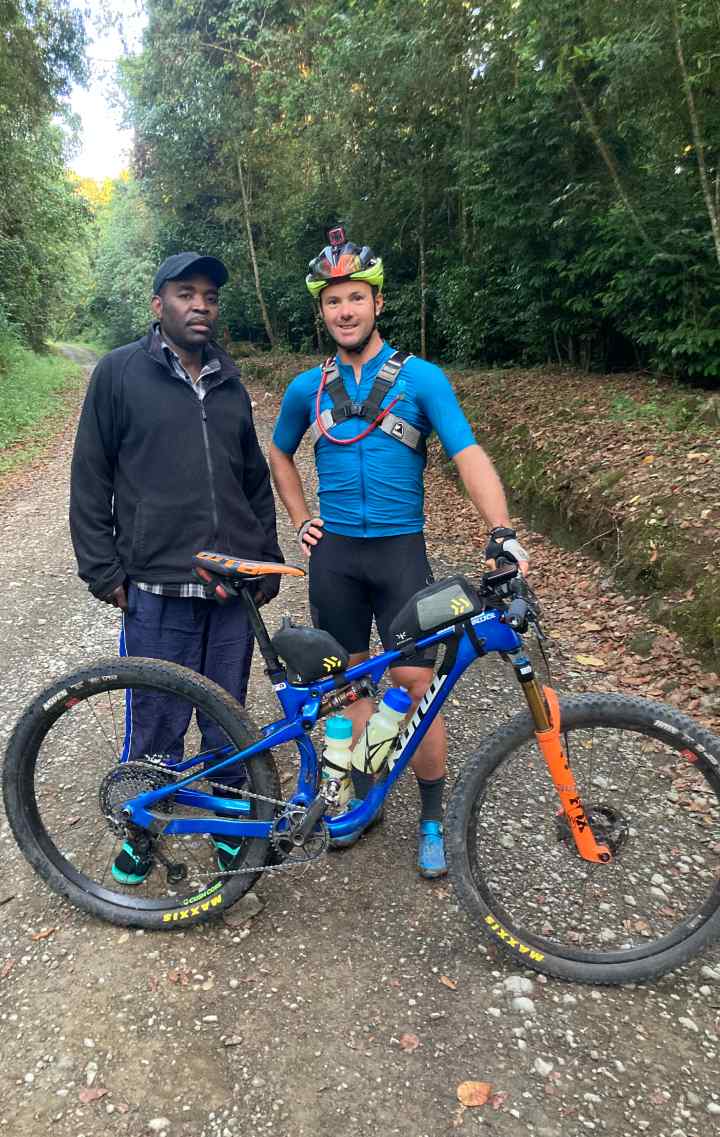 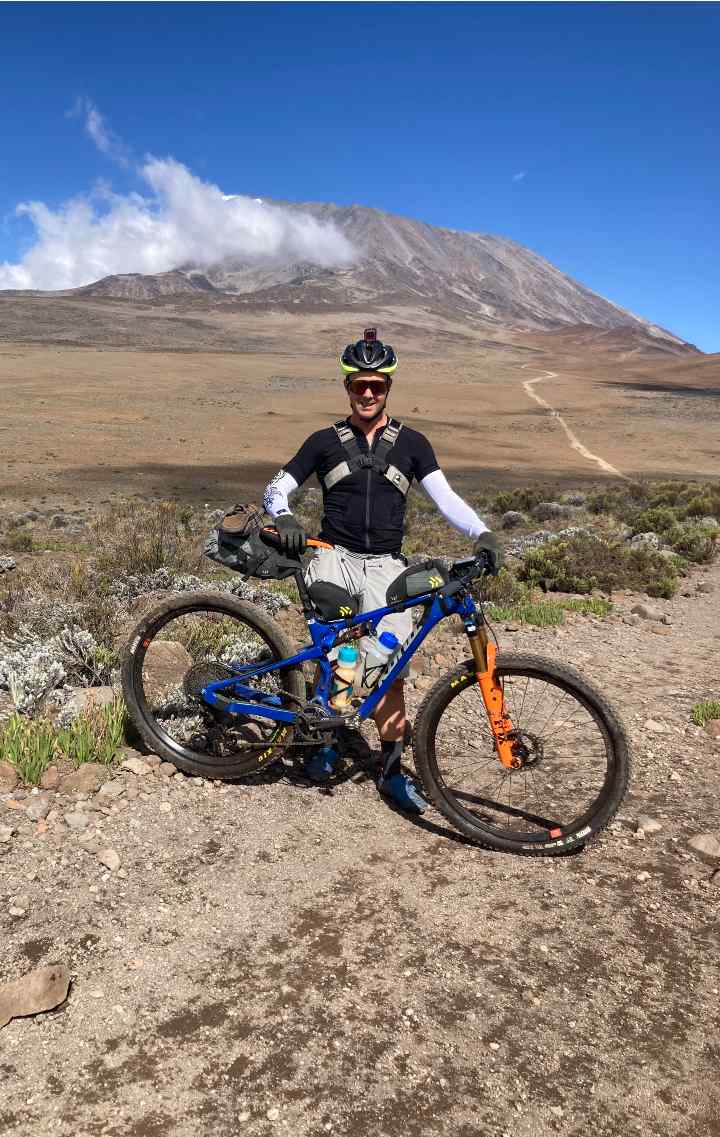 “The guides are mandatory to get into the national park, and they usually insist on taking a porter, cook and the whole outfit. When I told them I wanted to do the climb myself with the bike in 3 days, then come down for a day before attempting the FKT, they told me it was impossible. After speaking to a few outfits, I was finally recommended a guide who I met for a coffee to discuss my idea. He was open to whatever. I told him the plan and he was like ‘yep – let’s go do it!’. In the end I still went up with a guide, a few porters and a cook, which was still far more company than I wanted – but that’s just how it works in Tanzania.

I finished my ride in from the coast at a town called Moshi, a gateway to Kilimanjaro, and from there I biked up to the park entrance before reaching the summit in time for sunset at about 6 pm. It was cold up there! I had extra layers packed into my Backcountry Saddle Pack, but not quite enough. My team were miles behind, so I had to take one of the curtains down from the base camp hostel and use that as a blanket until they arrived”.

Cory’s initial plan was to do just a one-day effort, but because you have to buy a 5-day permit for the pack, he opted to do a 3-day recce, take a rest day and then go for the final effort.

“I started from Kilema gate, the park entrance 2,000m above sea level. The first 15km is a fire road with an OK gradient through jungle, but then it opens up and gets really steep – around a 20-25% gradient. From there it’s a 10km hiking trail to Kibo hut, which is still rideable, but after that, it’s hike-a-bike up to the crater.

Coming off the summit is awesome. For the first few minutes, you’re up on the ridge beside big glaciers, and then you drop down onto a loose scree slope that you can literally carve your lines down. You want a dropper for that! From Kibo hut, you’re back onto nice singletrack, and then the access road that brings you back down to civilisation. Aside from the first 20 minutes, the descent is all pretty much ridable. It may not be the greatest mountain biking in the world, but the drop in elevation of almost 4,000m is really amazing, from high altitude glaciers back down into rainforest. That’s quite a contrast”

Fancy a crack at taking Cory’s FKT? Good luck! The good news is that Cory thinks it’s possible to take some time off the ride, and he’s even given us some advice for the challenge:

You definitely want to avoid the rainy season, when the access road would be muddy and there can be deep snow at the top. Cory suggests the September-November dry season as a good time of year for an attempt. He set his FKT in January but got lucky with the weather window. You’ll need a bit of luck for favourable conditions, regardless of the time of year.

While Cory didn’t have any complaints about his full-suspension Hei Hei, if he was to return, he’d bring a hardtail with a dropper post. The full-suspension bike is obviously comfy, but it’s not that rough a ride and a lighter bike would make the unavoidable hike-a-bike slightly easier.

Cory admits to a little ‘faff’ time at the transition points, including a 20-minute coffee break while waiting for a guide, and 2 x 15-minute pauses while switching shoes for the final hike-a-bike section. When you’re up against the clock, all time spent off the bike is as valuable as the time pedalling.

Kilimanjaro is 5,895m high, so there is considerably less oxygen at the top. Cory avoided going into the red zone and cautiously managed his effort on the FKT, but with 2-3 weeks proper acclimatisation you could go substantially faster. 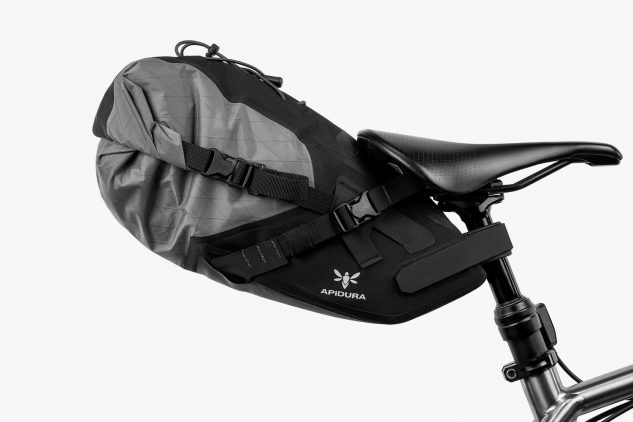 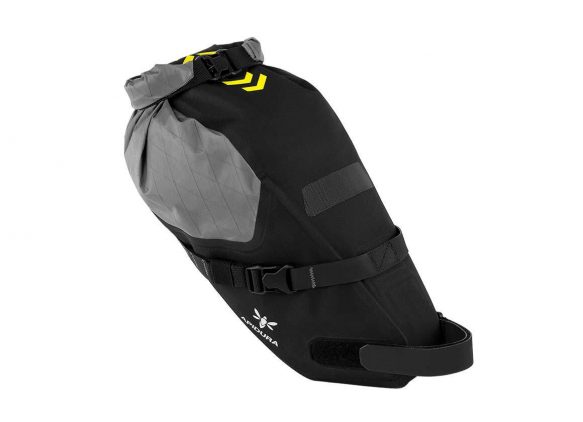 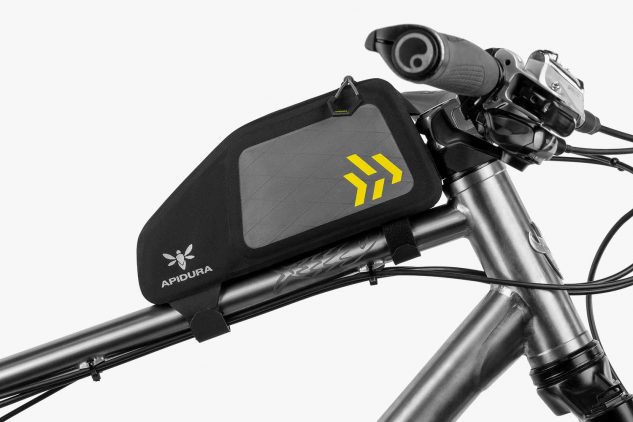 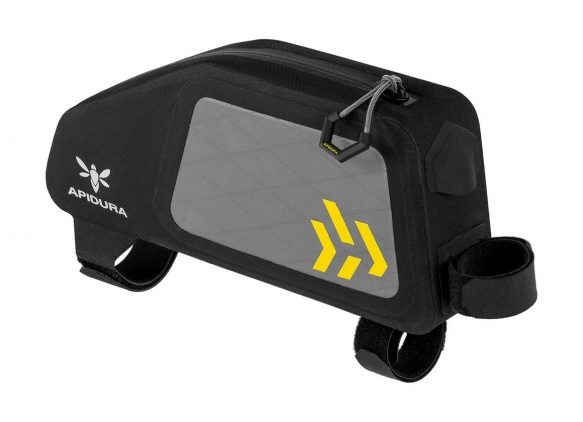 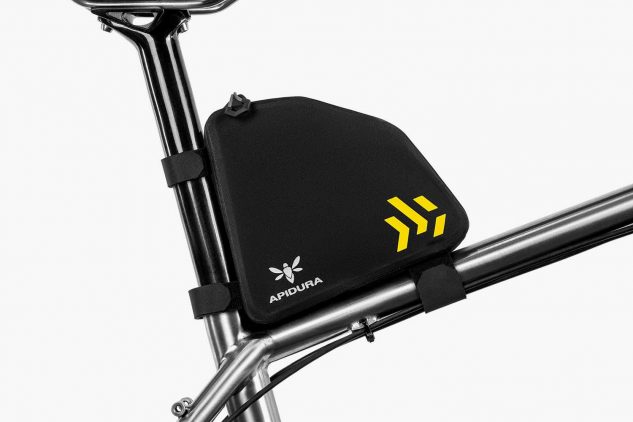 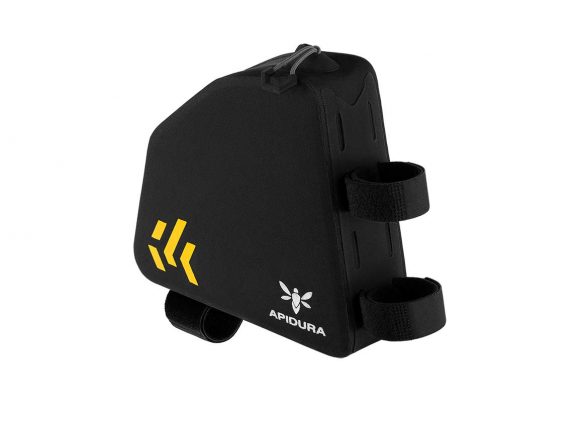 How to Reduce the Number of Flats You Get While Bikepacking: Six Tips From WTB

What is Worth Riding To?

There are some things in the world that are just worth riding to.