Crossing the Darién Gap by Bicycle: The Allure and the Reality

Crossing the Darién Gap between Panama and Colombia is a necessity for any rider on a pan-American tour. But why is this swathe of jungle so notorious, and how do riders get across it? Hugo Gladstone investigates…

It’s not that you can’t get across the Darién Gap by land, it’s just that very few people would happily recommend it. Therein must lie at least part of its allure. Another is its unavoidability in any attempt to cycle the entire length of the Americas.

Viewed on a large-scale map, it is something of a cruel joke that where a route down the length of these continents should be at its least ambiguous, there is barely any route through at all. For it is on the narrow strip of land where North America funnels into the mass of its southern counterpart, that the pan-American road network is severed by a swathe of dense rainforest and swamp.

To bypass the Darién Gap is to go either by air or sea. To go through it, is a multi-day schlep of clambering through vegetation, bargaining for boat rides in indigenous villages and facing the numerous dangers to be found, natural and otherwise, deep in a remote frontier jungle.

Overland travellers of all descriptions have obsessed over this borderland between Panama and Colombia for decades, and for a certain breed of adventure cyclist, the challenges are equally as enticing. As we discover though, crossing the Gap by land comes with a very real set of dangers, and in most cases a detour is probably recommended.

Here, we’re investigating just why the Darién Gap is so notorious, and – with the help of a number of riders who have made the crossing – layout the options for adventure cyclists today.

The late Ian Hibell, alongside Gary Bishop and John Bakewell, are credited with making the first ever crossing of the Gap with bicycles in 1972.

Hibell’s memoir, Into the Remote Places, opens with incredible scenes from their 60km crossing of the Atrato Swamp (“rumoured to be without bottom”), on the south-eastern side of the Gap.

It recalls a tortuous slog of machete hacking through reeds and a relay of dragging bikes and luggage across the swamp’s soggy matting of roots, trees and grasses, accompanied by rising tensions within the party. Hibbell slashes a leg to the bone, Bishop plummets into the swamp. They’re constantly soaked through and sleep in hammocks suspended just above the water.

“We were very pedantic about it,” remembers Bakewell of their mission to progress from Cape Horn to Alaska by only their own efforts.

“No boats, planes, trains, trucks, cars or any other mode of transport,” the New Zealander adds, although in lieu of bridges, they did permit themselves the odd boat or raft ride directly across a river.

Although Hibell would go on to complete his expedition up the length of the Americas, both Bishop and Bakewell stopped in Panama City. The three-month journey through the Gap had been a transformative experience for the pair.

“We were found by the God who created this world and universe,” says Bakewell, attributing their accomplishment to a series of “almost daily miracles”.

While the challenges of the Darién Gap saw Bakewell find a higher purpose in his life, he readily points out it could yet have been more difficult.

“The Darién was known at the time as the worst jungle in the world,” he says. “Yes, there were some smugglers and maybe some bandits, but at the time it was politically stable.”

Over the following decades, civil conflict in Colombia escalated to the point where the country became a no-go zone for foreign travellers. Compounded and complicated by the burgeoning cocaine trade and the meddling of US interests, large sections of the country fell under the control of guerrilla and counter-paramilitary forces. Panama had its own problems with a military dictatorship, corruption and eventual US invasion. 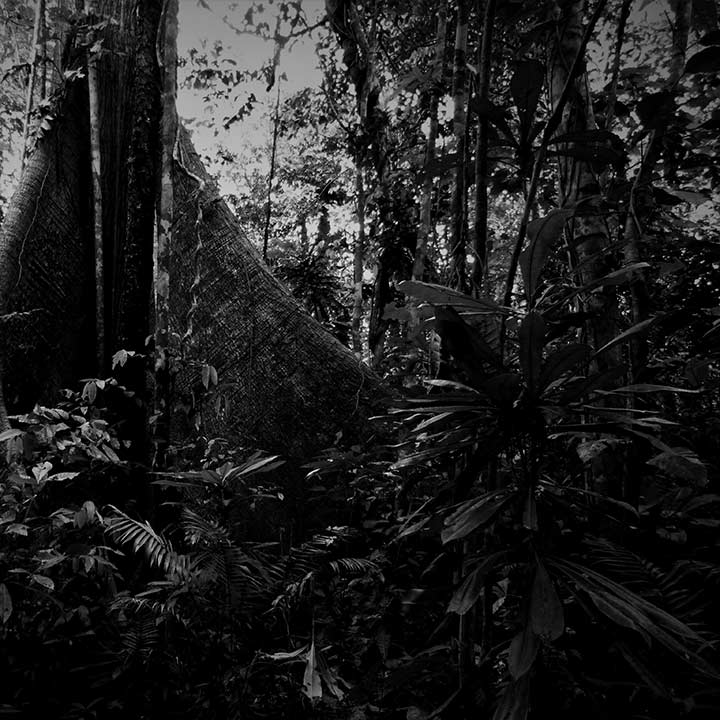 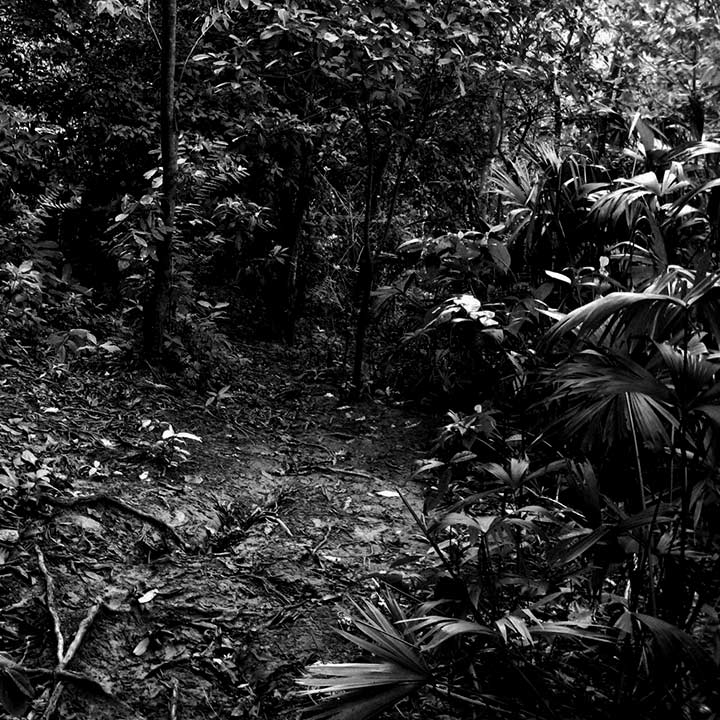 “There was a time in the 80s when just no one went through the Darién,” remembers Steve Stoltz, who nonchalantly cycled through the Gap with friend David Taylor when things were still decidedly dicey in 1992. They got their route out of an old South American backpacker’s handbook, which combined trails through the jungle with boated sections. “We didn’t have any real problems,” he says of the two-week trip. “But we found out months later that the people in a missionary we went past had been killed by guerrillas. We were just naïve.”

Even now, with the worst of those times over, the legacy of the region’s political instability lingers deep in the Darién rainforest. Remnants of groups from Colombia’s bloody conflict may no longer battle over ideology, but there’s power to be had in control of the smuggling routes used by drug mules and human traffickers. The latter ply their trade in an ever-shifting market: The Darién Gap may be remote and difficult, but that is why it also presents a gateway. Who travels through it is shaped by variations in immigration policies across the Americas, and turmoil, hardship and persecution from as far away as Afghanistan, West Africa and the Himalayas.

Another long-haul tourer, Rob Woolfenden, departed on a pan-Americas tour back in 2015. Before departure his preoccupations were for setting-off and the logistics of his arrival in Alaska, but he had one eye on attempting the full distance overland.

“I didn’t think too much about [the Gap] until I got to Panama,” he recalls today. “On the map, the Darién Gap is a pretty intriguing prospect. I guess I wanted to have a look for myself what was in that blank spot.”

But as he got closer, Rob was increasingly put off.

A selection of resources from around the web, including accounts, advice, and information from riders who have researched and executed the Darién Gap crossing.

“I’d been doing my research and despite wanting to give it a go on foot, I was warned off again and again,” he wrote in a blogpost at the time. He adds now that his decision was bolstered by his struggle with the tropical heat and a sensitivity to going on an adventure where migrants were making desperate journeys that heavily impacted the authorities and locals he’d be reliant on for help.

“I was feeling worse for wear too,” he says. “There were parts where I would have had to carry the bike with 40 kilos of kit. “I wasn’t up for that kind of adventure at the time.”

The easiest and cheapest option to bypass the Gap is to jump on a flight. Copa Airlines and Aero Republica currently offer direct routes between Panama City and both Cartagena or Medellín from as low as £50.00.

But for many pan-American cyclists, flying compromises the overland continuity of their trip. In which case they’ll take to the water, typically on the Caribbean side of the isthmus, where the beautiful San Blas islands make for picture-postcard stopovers, and where access points between the two country’s road networks sit considerably closer.

There are countless blogs recounting the different ways this journey has been made independently.

For Rob, trying to do it on the cheap, it meant hanging around Panamanian ports of Portobelo and Puerto Lindo, sounding out sailors for a ride. For five days he helped out a pair of disorganised Colombians who were slowly preparing their boat for the crossing. But with that trip stalling, he gratefully landed on the luxury tourist cruise of another captain he’d befriended.

“All meals were provided,” he recalls of the journey, something that would typically cost a punter in the region of $500. “There was snorkelling trips, beach volley ball, barbeques on the beach and eating fresh lobster. “It was a bit too luxurious for what I was used to,” he laughs.

A few months behind Rob, Iohan Gueorguiev found a way to continue the self-propulsion even once he reached the coast.

“Earlier that year, I learned to paddle in Canada,” he explains. So he travelled from Panama to Colombia along the Caribbean coast by inflatable pack raft. The bike he sent on by boat.

“I loved it,” he says. “The first part passed through very touristy areas where an island, 20 km from shore, would send you away if you couldn’t afford a $100 cabin. But once away from that area, the Kuna natives are very friendly and live a unique lifestyle. You can see the modernisation coming to some islands, and the strong tradition on others where the only electric appliances are solar powered lights.”

No strict purist, however, once Gueorguiev was over the border in Capurgana, he took a motor boat to Turbo, then bused on to pick up his bike in Cartagena.

Why? “I’d got a bit tired of paddling,” he explains.

We caught up with co-founder of The Japanese Odyssey, Guillaume Schaeffer, to learn more about the event.

Guillaume and Emmanuel, organisers of the Japanese Odyssey, tell us about the spirit burning inside this unique event.

Packing for a Bikepacking Adventure

Apidura Ambassador Sarah Hammond tells us how to pack for bikepacking adventures and races.