Before joining Apidura, Jonathan Kambskard-Bennett spent three years cycling around the world. Here, he tells us about discovering the joy of the journey.

I used to think that getting from A to B was a necessary evil when travelling. All those claustrophobic hours crammed onto sweaty buses, long flights deprived of a window seat and rocky boat rides with a paper bag clutched between legs. These were the sacrifices made to see the world, the price-to-be-paid for travelling somewhere new.

I didn’t start cycling in search of a more liberating way to travel. I simply wanted to save money. I didn’t want to spend tedious hours waiting to be picked up, and I didn’t want to pay for the time wasted in transit.

I worked out how much I could buy a bike for and how far I’d need to travel to make the money back. As it turned out, not very far at all. Inspired by the prospect of completely free travel, I bought a bike on eBay and a couple of weeks later left home on a winter’s morning to begin pedalling east. At first, I rode through the parts of London that I know like the back of my hand, along the streets that run through my veins and past the suburbs that shaped me growing up. But before long I was in parts of the city I’d never seen before. The roads were thinning and I was leaving London’s clutches, riding out into Kent’s green lanes.

The next day I boarded a ferry to France and stepped into the unknown. I continued towards Scandinavia, only rarely knowing quite where I was. Despite relying on a mobile phone for almost every element of my day-to-day life, it hadn’t occurred to me how much I needed it for navigation. Embarrassingly, I didn’t realise that I could use offline maps abroad, so I followed a rudimentary GPS trail on my new Garmin instead. It showed me the direction I was to head, but the absence of a base-layer map meant that whenever I took a wrong turn there was nothing to help me. I’d simply follow my nose and hope for the best.

I spent the next couple of weeks getting lost every day, pushing my bike through thick undergrowth and cursing when my route diverged from smooth tarmac onto muddy footpaths. It wasn’t much fun navigating icy rural lanes once the sun had set, but getting ‘unlost’ before dark became part of the daily routine. I slowly began to think of the world merely as a giant maze of roads. Some are 6-lane motorways, others singletrack paths. Every road leads to another and if you do reach a dead-end, you simply turn around and take the next exit. 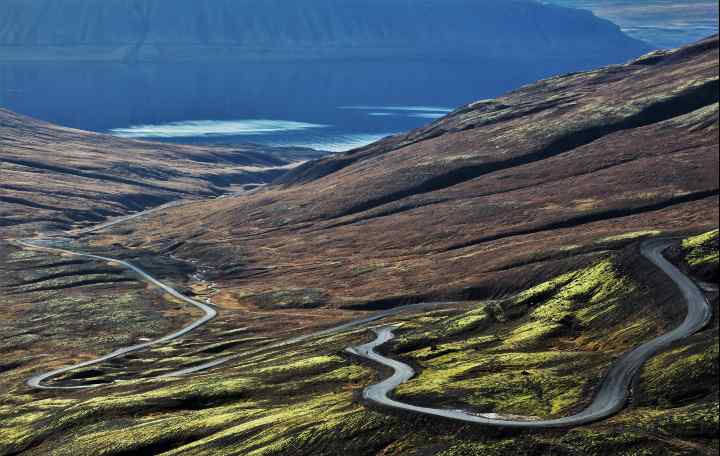 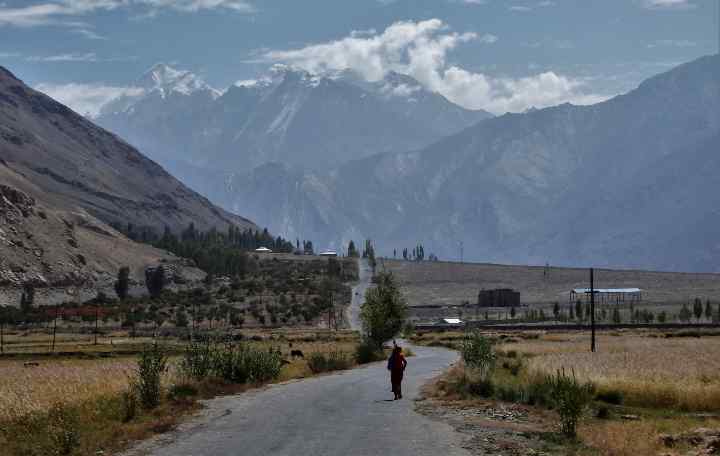 There are roads connecting Europe and Asia all the way from France to Singapore. You don’t need to take a single flight if you juggle a few visa deadlines and exercise a little patience. Without a reason to stop, I kept plodding along, chasing the sunrise. And, when I did eventually reach Singapore, I continued by island-hopping across the Indonesian archipelago from either end of every island until I arrived in Timor-Leste – the cul-de-sac of my overland ride.

I never imagined that I would cycle quite so far, but over time the routine of waking up somewhere new and pedalling through the day became the norm. The ‘necessary evil’ of getting from A to B wasn’t an inconvenience at all – it was the very reason I started cycling each morning. It wasn’t about saving money anymore, it was about travelling an unbroken line, relying on my own legs – and nothing else – to carry me across continents. It was about tracing the earth’s contours, embracing every gradual change as the seasons shifted and tackling every new landscape with nothing but the belongings I had attached to my bike.

Ironically, the further from home that I cycled and the more foreign the cultures became, the more the world actually began to make sense. By travelling the roads that connect the world’s civilisations, you begin to understand how Mother Nature’s hand has defined our collective history. It is only when you stand gasping for air at a high pass that you really grasp how big the peaks are, and why one empire halted their expanse at the foothills. It is only when you strap an unfathomable amount of water onto your bike before a long stretch in the desert that you appreciate the remoteness of what lies ahead, and why life clusters around the oasis.

There’s no escaping when you travel by bike. You are vulnerable to the elements and there’s no hiding from the people around you. You move at just the right speed; fast enough to pass through countries in a matter of days, but slow enough that you can stop at any moment. You are never more than a squeeze of the brakes away from greeting the stranger waving you down at the side of the road.

At my ‘dead-end’ in Timor-Leste, I took a short flight across the 500km of water to reach Australia, so that I could continue riding and satisfy my curiosity to see how the Outback would treat me during the height of summer. After a lonely, sun-burnt couple of months I reached the ocean once again, already having calculated how I would reach the next landmass.

A year later I arrived back in London on another drab winter’s day. I had cycled around the world, but that finale was just another tick on a list that stopped meaning anything a long time ago. I was right back exactly where I had started. All that had changed was the date – 3 years having passed – and the fact that my bike wasn’t looking quite so shiny any more. I put the kettle on and had a shower while my dad cooked dinner.

It was never about the destination anyway.

What is Worth Riding To?

There are some things in the world that are just worth riding to.

Backcountry Series: Take a Load Off

We explore why bikepacking bags aren't just for bikepacking and how removing weight from your back improves mountain biking.