Lee Craigie and Rickie Cotter’s journey – as racers, friends, and individuals, at the Tour Divide. 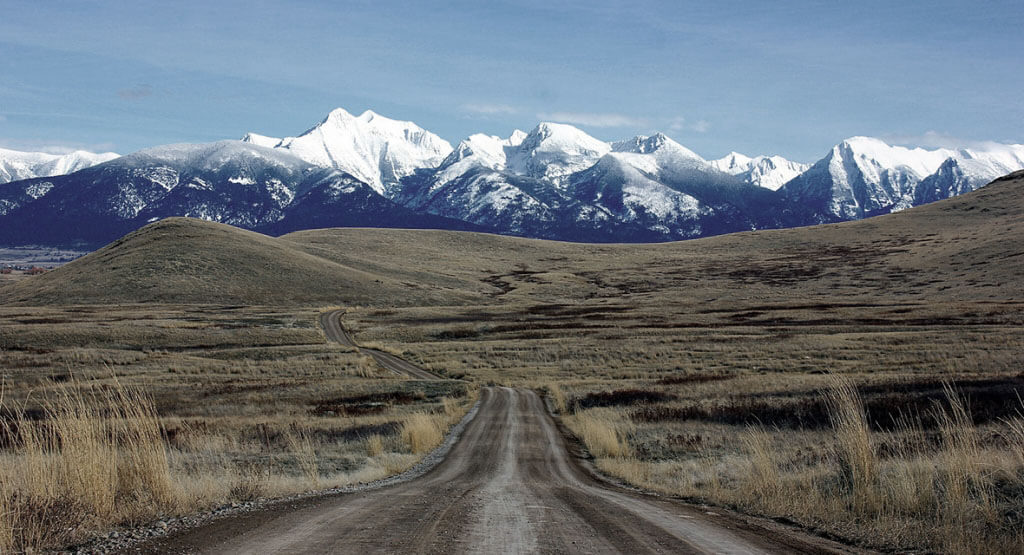 On Friday 9th June 2017, Adventure Syndicate riders Lee Craigie and Rickie Cotter set off from Banff, Canada, at the start of the 2,745-mile mountain bike race, the Tour Divide.

The race tracks the ‘Roof of North America’, from its Canadian start, through the Rocky mountain states of Montana, Idaho, Wyoming and Colorado, before finishing in the barren, desert-like wastelands that comprise the Mexican border. It is one of the greatest tests in both mountain biking and ultra-racing alike, commanding respect for participation alone, regardless of a rider’s completion or pace.

Lee and Rickie are racers of pedigree and experience, and with ambitions of a full-scale attempt at the race planned in 2018, the pair headed to The Divide this year to acquaint themselves with the route, the terrain, the climate, the people, and general nuances of the event. Armed with a video camera to document their experiences for a film, the pair’s intention was to get to know The Divide, and just what exactly its multifaceted challenge entailed.

And in that respect, they have not been disappointed.

A strong start saw both Lee and Rickie covering a lot of ground, with 1,120 hard miles passing under the wheels over just eight days. But soon after, on June 19th, updates from Lee revealed that an allergic reaction had caused her face to puff up dramatically, and she had been forced to hitch a ride to a hospital in Jackson, Wyoming.

‘I’ve spent two days trying to reduce the swelling enough so that I can breathe again on my bike,’ revealed Lee a few days later, but the Scot was far from giving up on her 2017 Divide attempt. ‘I’m not ready for this journey to Mexico to end tomorrow,’ she continued. ‘I’ll make an alpine start to get over Union Pass [a 2,808m Rocky mountain pass]. That should decide things!’

While Rickie raced on ahead, Lee remounted her bike and saw the swelling decrease enough to warrant her to continue south, but no less than a day later, disaster two had struck. This time it was Lee’s bike that was feeling the wrath of the Divide, with a bottom bracket failure and resulting frame damage leading to a second unplanned layover in Colorado.

‘These are the last moments of the Tour Divide for Jimmy,’ Lee announced in a tweet, accompanied by a photo depicting her bike – Jimmy – hanging from a work stand. ‘De-puffed my face using steroids, then promptly broke my BB,’ she continued, before adding the ominous hashtag of ‘#scratched’.

Lee’s status on Trackleaders was listed as ‘Alternated from race route’, and any of her previous ambitions in the race would now be impossible to realise. But, sure enough, her GPS tracker began to move again, and while her objectives may have been altered, that didn’t necessarily mean that her adventure was over.

‘Ok, so here’s the plan,’ Lee soon announced on her Facebook page. ‘Having had my bike patched up by Sam at Brush Mountain Lodge in northern Colorado, I’m getting back out there. I’m out of the race, but that’s not the reason I came over here in the first place. I’m off on an adventure of my own to the Mexican border.

‘Mike Hall, the current record holder on this route once wrote of riding The Divide: “Enjoy it. Don’t lose sight of just how lucky you are to be out there and above all, manage your expectations. If we treat things as a pass or fail test we can torture ourselves over the outcome, but if we can consider it more as an experiment with an uncertain outcome from the start then we always at least get an answer.”

‘What a ledge. I’ve got answers to some questions I didn’t even know I was asking.’

Kajsa Tylen; A Year in the Saddle

Warm Showers and the Cycling Community

Warm Showers is a free hospitality exchange for the cycling community. Here, we learn more about the resource, and how to use it.