In July 2015, French rider Stephane Ouaja competed in the Transcontinental Bike Race, completing the journey in 13 days, 4 hours and 20 minutes. We caught up with him to hear more about his epic adventure. 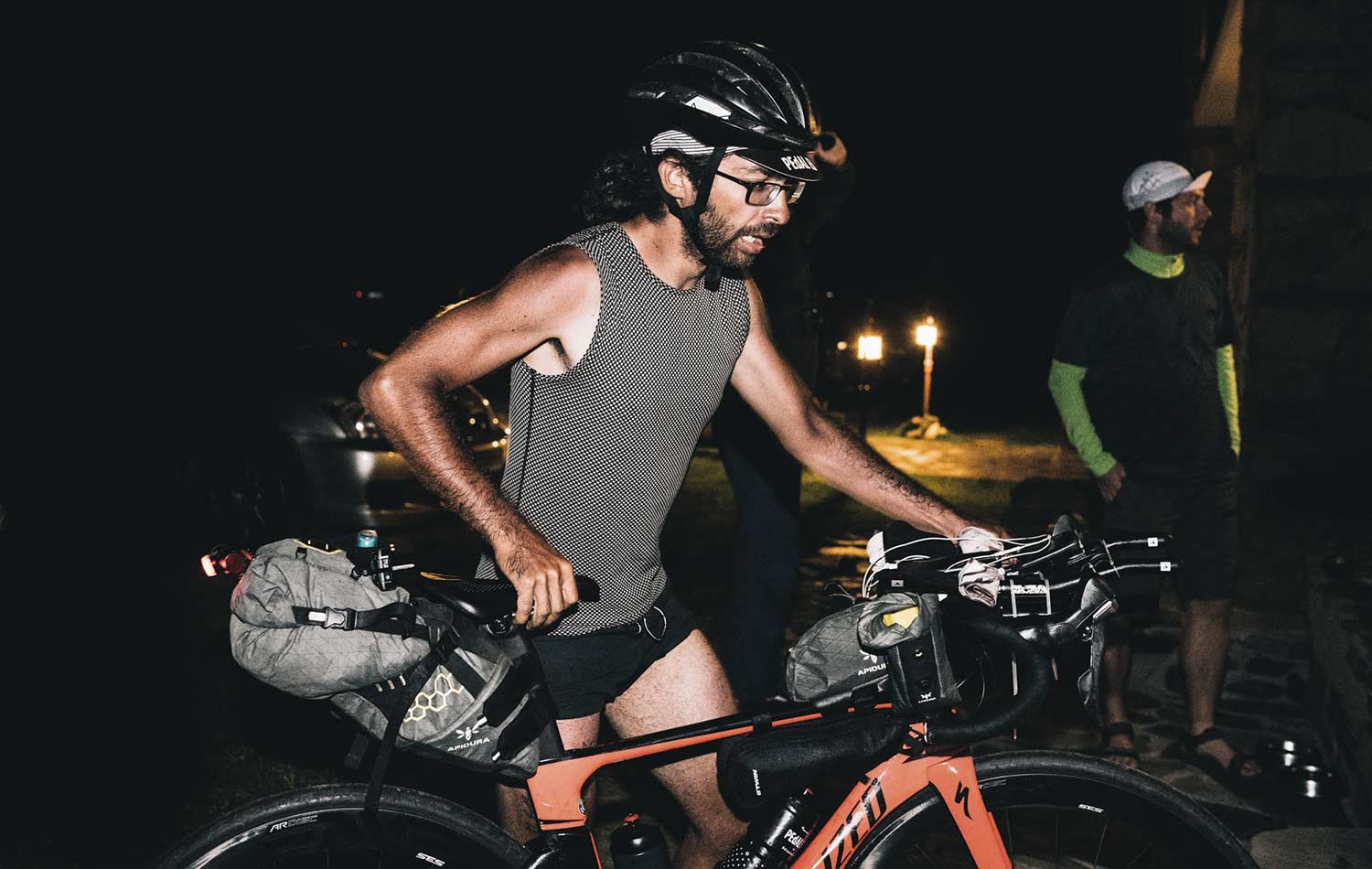 When did you decide you were going to enter the TCR and why?

Before I heard about the TCR, I was preparing for PBP. I saw my friend Samuel Becuwe #11 doing the TCR 2014, and it looked like an awesome race. I already know the west of France because I have some family there. Starting on the roads I know, and eventually riding in totally unknown countries?… I didn’t need to think long before deciding I wanted to do it!

Have you competed in any other ultra-distance cycling events?

I have never competed in an ultra-distance event before. I just did some brevets ahead of Paris-Brest-Paris. The only competition I do is racing against other messengers in Alleycats.

Racing other messengers in Alleycats? Tell us more!

We race each other in a championship to find out ‘Who is the boss?’. We drink beer, meet friends and drink more beer. At the beginning of the race, we get a manifest with an address in the city as a checkpoint, and so the first to validate all of the checkpoints wins. Simple.

You just need power, navigational skills, riding skills through the traffic, and a bike. We can’t say we respect traffic law in theses races…

I do podium, but I’ve never been on the highest stair… I once won a 15km sprint, but I don’t really consider that as a race. I must be cursed… or someone up there hates me.

Why did you ride the TCR on a fixed gear?

I started to ride on roads with my fixed gear bike (the same on the picture). Little by little, I built a ‘special link’. Kind of a love story with my bicycle. I pedal and speak to my bike, and I feel it answers and supports me. After 6 years, the frame and parts are getting old, so I wanted to do one last awesome ride with my best partner.

Were there any interesting places you ended up sleeping along your route?

No particular place, but I love to sleep (or ride) outside and be able to see the stars.

We heard of an altercation with a potential bike thief. Can you tell us what happened?

I was chilling in a petrol station, looking at some cute girls washing car windshields. A guy appeared from nowhere and got on my bike and tried to ride off, but he slipped on the pedal. I feel like my bike was saying, “You are not my rider”. I grabbed his arms; ”Dude, it’s my bike!” He pushed me and got free. I was so mad I pulled him hard to the floor, but he was partially blocked with my bike. I gave him a few punches in his <censored!> face. People started to gather around. I didn’t want to get in trouble with local people or with the police, so I took my bike and rode away. I felt my nose begin to bleed so I took the only tissue I had, my race cap, and wiped away the blood.

What was your favourite moment of the race?

One of my favourite moments was when I made it to CP4. I climbed to Lövcen with a smile on my face. I don’t think I have ever enjoyed riding this much before and I felt like I was in perfect harmony with my bike, the road, the nature around me, the race; everything was awesome! When I saw the guys at the checkpoint waving at me, I put my hands in the air like I had just won a mountain stage at the Tour de France. 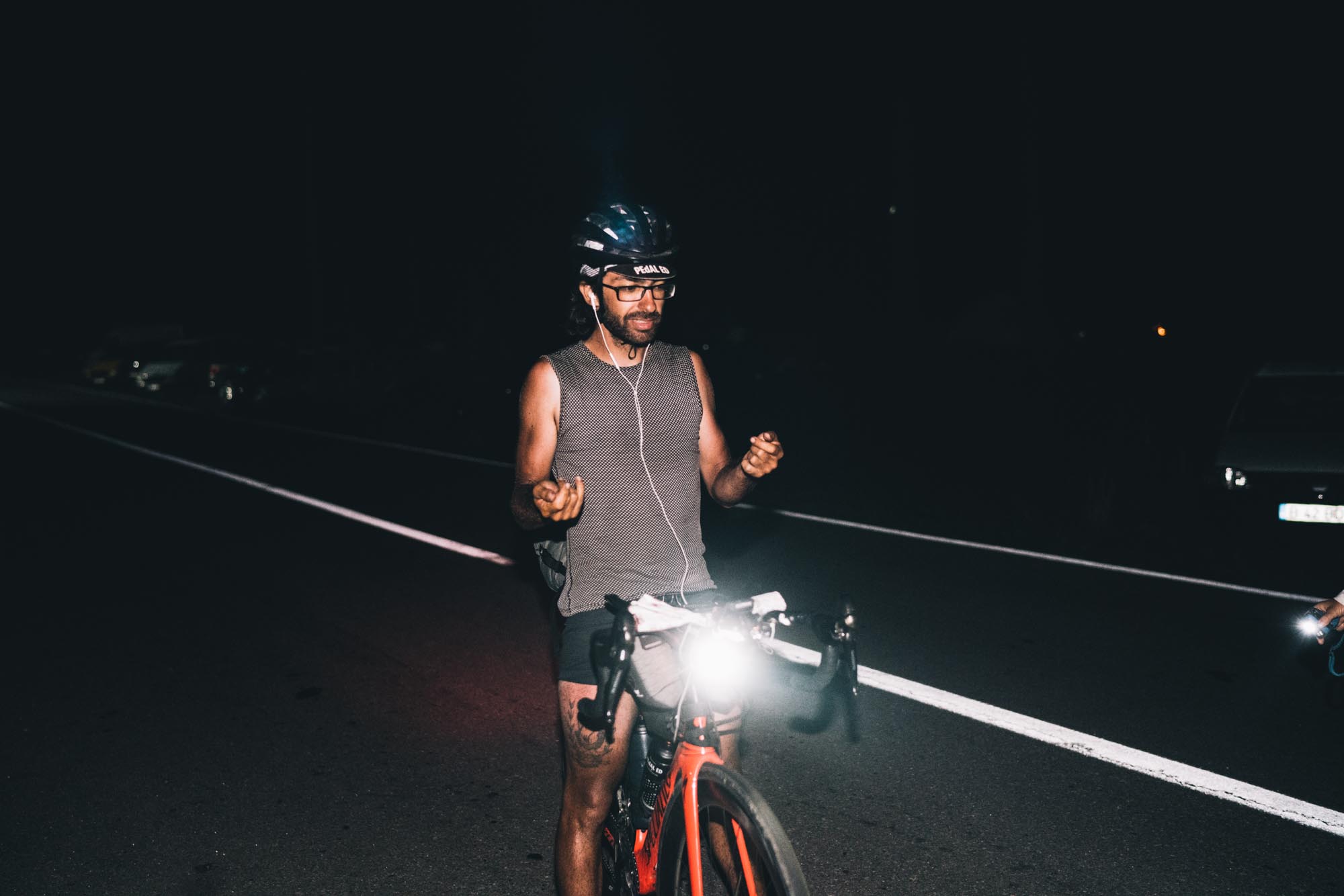 What was the hardest part of the race for you?

The hardest part for me was after crossing the Turkish border. All the difficulties I had encountered before were to be met at once. Wind, elevation, dogs, heat, no breaks, the dogs chase you all night and day. With my fixed gear bike, I had to do huge uphill sprints so many times that my knees became painful and my thighs felt worse. It was like someone tried to stick a knife in them.

It was so intense and at 20km before the finish line on the last uphill, I was thinking ‘if a dog were to try and attack me now, I have no more power to escape’. I didn’t even know if I had enough strength to fight back. I felt like nothing more than a dead body on a bike until I reached the city.

What recommendations would you give to anybody thinking of entering the TCR or any other ultra-distance events?

The TCR is not only about riding, but you will also need mental strength, an ability to listen to your body, react to unexpected things such as dealing with the chasing dogs!

The difficulty will increase day by day. You must be prepared for anything, it’s a race where you will put your life in danger. As for training for the TCR, as a bike messenger in Paris, I’m doing 80-90km per day, 4 to 7 days a week, in various weather conditions. It’s a really tough job. At the end of the day, I feel like I have ridden a 200km brevet. Before the race, however, I did do some muscle training at home. I only did 2 brevet rides, as I didn’t have a lot of times for these this year.

What’s next? TCR next year maybe? Any future independent adventures?

I’m going to go for TCR 2016 at least, but with a new goal. If I have enough money, I would like to do some short trips on my bike in different places around the world.

What makes an object visible? And how can we apply this to ensure we maximise our visibility as cyclists on the road?

A profile of mountain biker, author, and National Geographic 'Adventurer of the Year', Shannon Galpin.