Apidura ambassador Markus Stitz’ latest film, Drovers, explores the 331 km Drovers Trail bikepacking route, retracing the footsteps of the cattle drovers on their journey from the Cairngorms through the Tay Valley to Crieff. We asked him to share some of his highlights from the route.

The Drovers Trail Bikepacking route is one of 11 routes now available on perthshiregravel.com, which vary from 12 to 120 km in length. The majority of the routes are easily accessible by ScotRail and Caledonian Sleeper train services and start in the Highland Perthshire towns and villages of Dunkeld, Pitlochry, Blair Atholl, Aberfeldy, and Comrie, and Rannoch Station.

To celebrate the new route and find out more about the incredible landscapes it passes through, we pressed Markus to share his highlights from the trail – no easy task for a trail passing through the idyllic scenery of the Scottish Highlands!

There’s not too much information about this route. It’s one of the best gravel tracks in Scotland, with a lovely descent on singletrack towards the end, which heads through a rugged Area of Outstanding Natural Beauty on the other side of Comrie. While this is not included in the Drovers Trail, it features in one of the day rides and is a perfect opportunity to extend the bikepacking route.

While Glen Tilt is one of the classic mountain bike routes connecting Deeside with Perthshire, Glen Fearnach is the lesser known of the two. The Drovers Trail follows Glen Fernach (or Fernate) to Glenfernate House, and then connects via a rough path with Glen Tilt. This will have likely been the route drovers took, as Glen Tilt is a steep and narrow glen, so it’s suitability as a drove road might have been limited.

However, Glen Tilt plays a pivotal role in the raised awareness of the public rights of way. In 1847, a party of University of Edinburgh botany students led by John Hutton Balfour had an acrimonious encounter with the Duke of Atholl and his men. This resulted in a lengthy legal battle between the Scottish Rights of Way Society (Scotways) and the Duke to establish the route’s status, a dispute which ultimately went to the House of Lords. 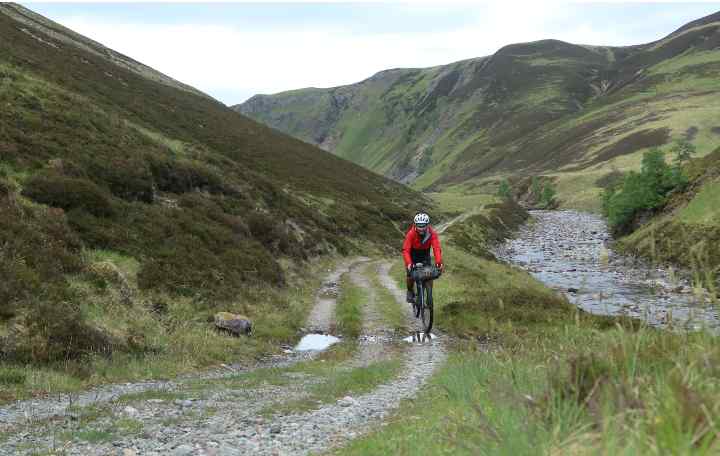 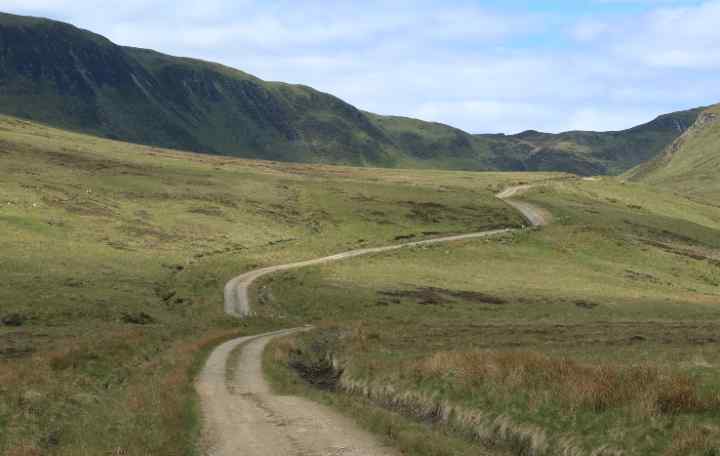 This was the inspiration for the whole perthshiregraveltrail.com project. The military road runs through Sma’ Glen, which in the days of the Crieff Tryst (drovers market) was the main cattle route to the town from the northern parts of Scotland that moved through Easter Ross-shire, Badenoch and Atholl. By the time all drovers and their cattle congregated here, the amount of beasts coming into Crieff from this direction, opposed to the route from the west, must have been similar in size to the traffic from the Isles.

This can easily be described as the heart of the Drovers Trail. This route has the reputation of being a former drove road, although the route in the next valley will have been the more likely choice. There are a number of abandoned steadings in this valley which give a real sense of remoteness. The climb over to Glen Lednock and on to Comrie and Crieff is tough, it is likely that the drovers travelled through Glen Almond into Sma’ Glen, which can serve as a good shortcut for people with less time.

To find out more about the history of the route and other paths in Scotland, Markus recommends Heritage Paths

From Hand-Crafted to Precision-Crafted

The story of why we embrace precision-crafting to create technically advanced, feature rich bikpacking bags