In 2016, Emily Chappell won the Transcontinental Race, proving herself an exceptional athlete and inspiring cyclists the world over. What should have been a highlight of her cycling career quickly became a source of doubt, however, and sparked a six-year journey to feeling comfortable in her own skin and discovering the beauty and strength in her body. Here, Emily shares how she has grappled with body image and explores what it means to ‘look like an athlete’.

Pulling on the winner’s jersey was a dream come true. For all of the years I’d been watching this race, even before I admitted that I might be interested in contesting it myself, I had thought about what it might be like to win it. I remembered seeing a photo on Twitter, of a bedraggled Pippa Handley handing in her brevet card at the finish in Istanbul. And I had often dwelt on the image of Juliana Buhring and Kristof Allegaert, from the first ever Transcontinental Race, standing side by side in their sleek grey jerseys, each one embroidered with their name, and the number of days, hours and minutes they had taken to finish.

Of course I fantasised about winning the jersey myself. Who doesn’t? For a long time, it was just a daydream, as far-fetched as an ordinary commuter winning the Tour de France, or many of the other tall tales I entertained myself with on my longer rides. But in August 2016, as I pedalled through the Balkan sunshine during the second week of the race, the realisation dawned on me that this particular dream was about to become reality.

The jersey was presented at the finishers’ party, around 36 hours after I’d arrived in Çanakkale. There was little fanfare and no podium – just a handful of tired cyclists sitting at tables in a courtyard, their stark tan lines peering out from beneath the faded shorts and t-shirts they had bought from market stalls, to replace their lycra. I was called up to the front, wondering (as I often had) how the organisers had managed to find someone to embroider my name onto the jersey, in an unfamiliar city, in the small window between my finishing the race and its being presented to me.

I don’t remember the moment when I was handed the jersey, or the applause that no doubt rang in my ears. All I can recall is the horrible shame and disappointment when I shrugged it on, did up the zip, and realised that it was at least a size too small. The thin merino fabric strained across my chest, stretching the embroidery out of shape. And the jersey was stretched so far width-wise that there wasn’t enough of it left to cover my midriff, and the pot belly that I had still somehow retained, after 4,000km of cycling, stuck out below its lower hem.

This wasn’t the moment of triumph and beauty that I’d dreamed of for four years. This was an unmitigated disaster, and as with every moment of this race, people were watching, taking photographs, and talking about it all over the internet.

I felt sorry for the race team and the sponsor. They must have – quite rightly, I thought – assumed that a woman capable of winning the Transcontinental would be tiny and lean, because that’s what you’re supposed to look like if you’re a serious cyclist. You don’t see any women with wobbly tummies and bulky hips in the pro peloton. How embarrassing for them, that someone who looked like me had somehow managed to finish first. A day later, the second-placed woman arrived at the finish, and my shame redoubled. She looked far more like a real cyclist than I did. The jersey would have fit her better. I shouldn’t have been there. 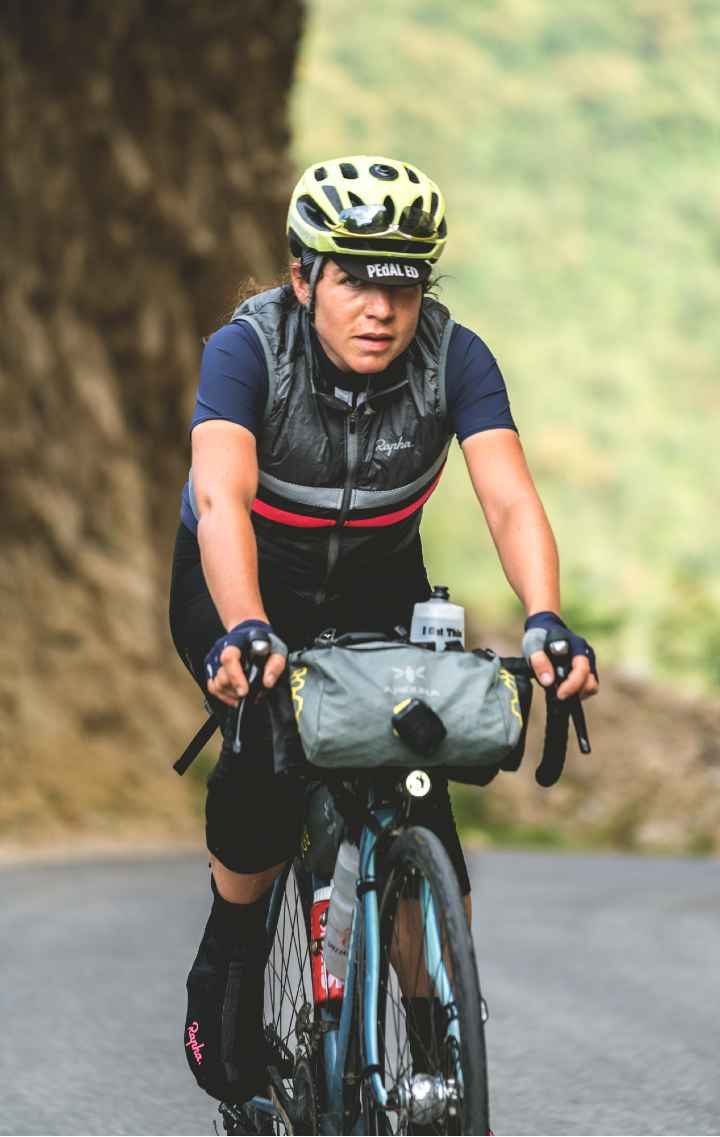 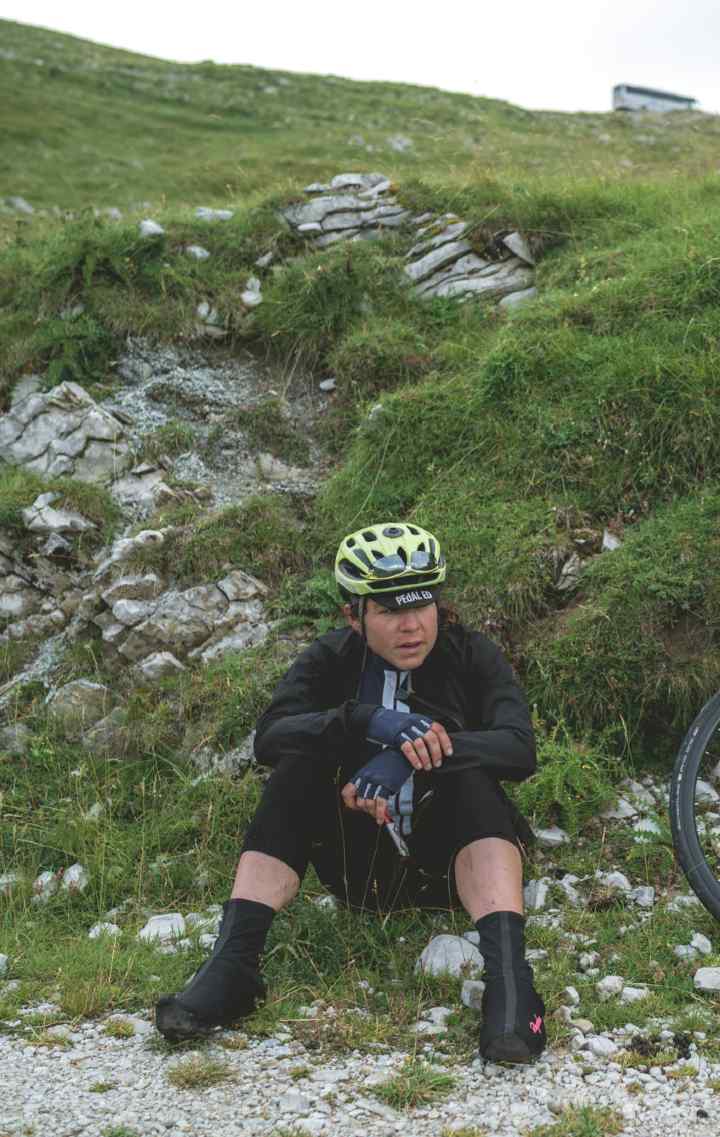 Now, some of the drama of my reaction can be excused by the fact that I had just spent two weeks cycling as hard as I could and barely sleeping, so I was tired, emotionally fragile, and struggling to adjust to the world outside of the race. The logical conclusion to draw, and one that I have tried to hammer into my brain ever since, is that my finishing first demonstrated that the world’s assumptions were false, that a medium-sized woman could absolutely win a race, and what’s more, by such a convincing margin that her nearest rival was almost two days behind her.

I knew this, of course. But I didn’t trust anyone else to get it.

I had, like so many of us, lived my entire life in a culture where fatphobia is so pervasive that it’s hard to question it, or even sometimes to see that it’s there. I was told from as early as I can remember, by the media I consumed and the people I knew, that fat was bad, that thinner was better, that eating less and exercising more are the path to virtue, and that my legitimacy, as a woman – and particularly as an athlete – was mostly determined by my size. 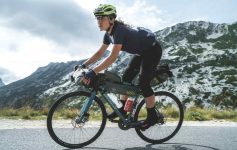 I had been obsessed with cycling for a decade by the time I won the Transcontinental, and during that time I had worked for years as a cycle courier, crossed Asia and Iceland and North America on my bike, and ridden countless centuries and double-centuries. Yet, because the cycling media seemed unable to show anyone above a size 10 riding a bike, I remained convinced that I was somehow getting it wrong: that I was riding too little, or too slowly, or eating too much, or the wrong foods – or that there was something wrong with my body, because it didn’t respond to my high mileage by shrinking, the way everyone else’s seemed to.

But never mind, I thought. I gained so much satisfaction and enjoyment from riding my bike, that it didn’t really matter if I looked wrong. And I almost always cycled alone. In the wilds of Mid Wales, or the Qinghai Plateau, or the Yukon winter, how I looked became completely irrelevant. True, there was some friction when I returned to society – people would occasionally remark that they’d thought all cyclists were skinny, or tell me that I’d be a better climber once I’d lost some weight – but that was no more than I expected. I knew my body was too big; I’d been told so my entire life. Riding long distances on my own had given me a way of loving it in spite of this irremediable flaw.

And that was the way I had felt for the two weeks I raced the Transcontinental. Although it’s a public race, with people almost constantly watching (via the tracker, and via the photographs and other content pumped out by everyone involved), the experience had been mostly very private. For hours and hours each day I rode alone, turning over my thoughts in my head, watching the landscape change around me, and marvelling at the ways in which my body coped with what I was putting it through.

A horrible pain in my foot, which hurt me so badly during the first three days that I thought I’d have to stop, had magically disappeared by the end of the first week. The strength in my legs waxed and waned – one day they’d feel so heavy and stiff and reluctant that each pedal stroke was an effort; the next day they’d joyfully sprint for hours. My stomach regularly distended with the enormous Lidl banquets I stuffed it with, pressing against my thighs as I pedalled up the hills. At night, when I curled up in my bivvy bag or in a hotel bed, it folded softly and cosily, the way I imagine a hibernating bear must feel, cushioned by her winter fat. I had been separated from the world’s gaze for long enough that I could love my body simply for what it was and how it worked.

But the world’s gaze persistently intervened. As I pedalled out of Plužine in Montenegro, on my way to the Durmitor National Park that lay between me and Checkpoint 4, I passed a race photographer, lying in wait to capture images of me as I rode the parcours. He popped up several times over the next few hours, driving ahead of me and then appearing with his camera as I rounded a particularly scenic bend, and I was glad to see him. We chatted intermittently, and I occasionally exclaimed to him at the incredible beauty of the twisted rock formations I was passing.

Shortly afterwards, the photographs he had taken were published, and my heart sank. They were beautiful images, but they would have been so much better with someone else in them. You could clearly see the rolls of fat around my middle. And the bulge of flesh where my sports bra dug into my back. This was not an athlete’s body, and I could only imagine that people would be surprised and disappointed – perhaps even appalled – when they realised that the winner of the Transcontinental actually looked like this. 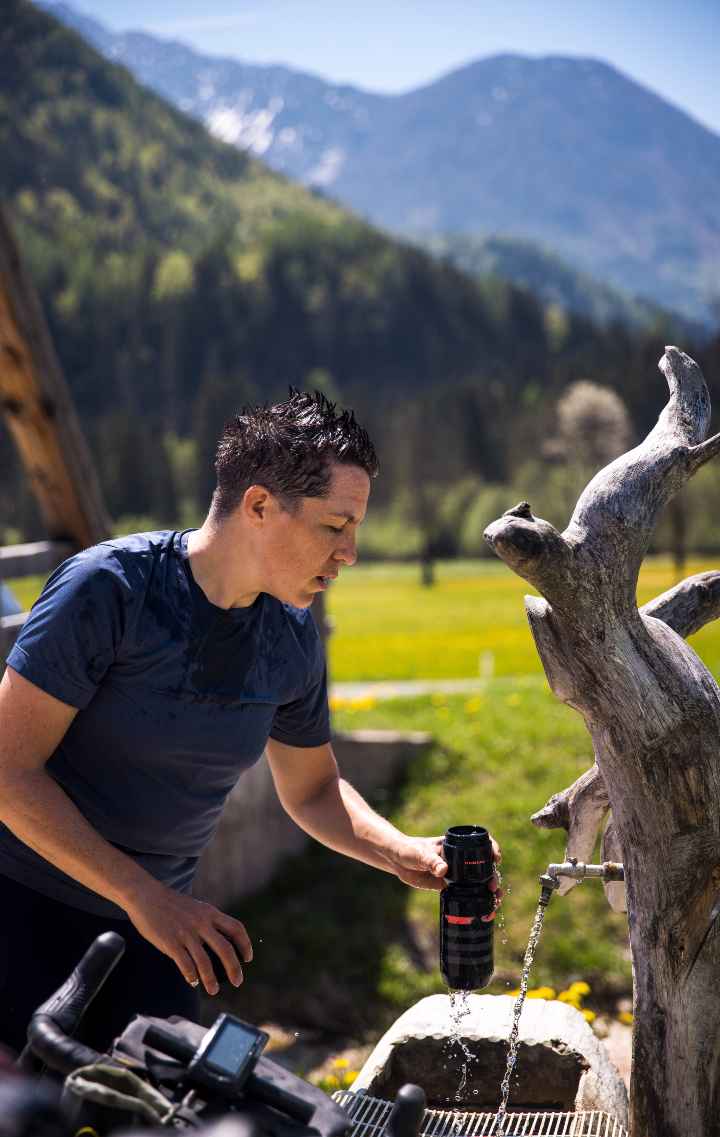 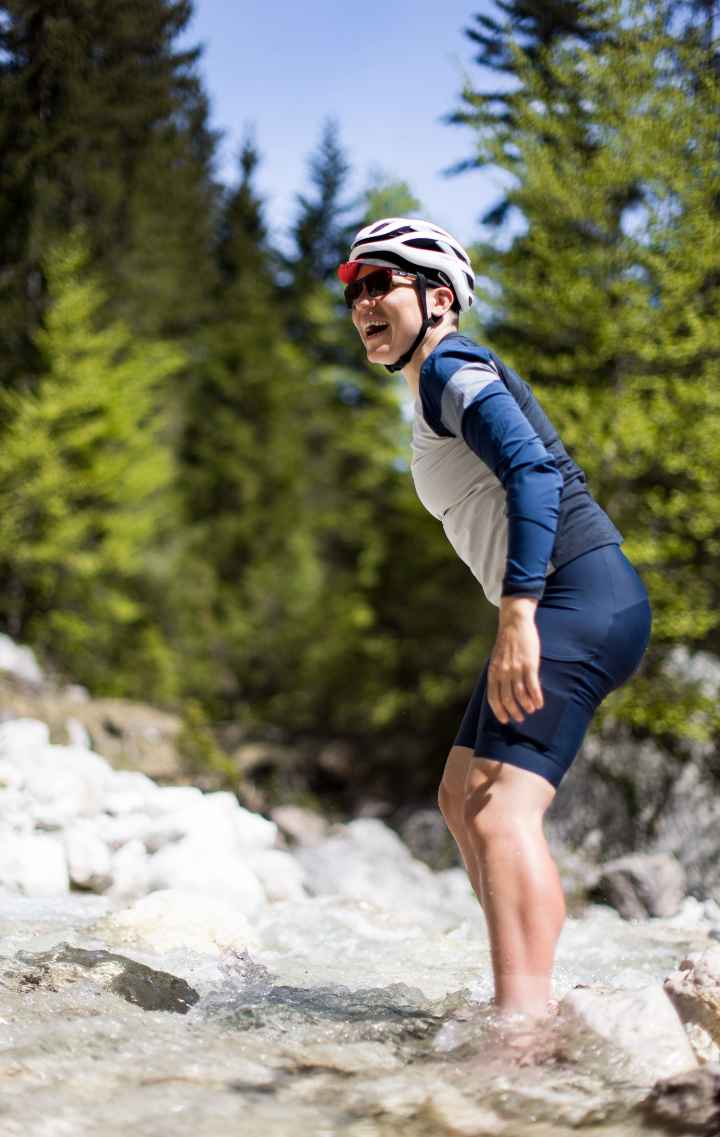 It’s now six years since those photos were taken, and I can finally see them for what they are – a beautiful record of one of the high points in my life. I’m grateful that Kristian was there to capture them.

I’ve managed to convince myself that it doesn’t matter if my body fat is visible, or if some people would see these images and be disappointed, or think “pfft, she doesn’t look like much of a cyclist.” When they were taken, I was feeling strong and powerful and beautiful, and once I’ve managed to subtract the critical gaze of the world, that’s what I see when I look at them.

I refused to let my publisher use one of them for the cover of my book. I was worried that anyone who came across it in a bookshop would assume this to be the story of an ‘ordinary woman’, who bravely attempted a long bike ride, rather than an accomplished athlete who habitually covers tens of thousands of miles per year and was in her element.

It was only years after the book was published that someone told me those images were the thing that inspired her to get into ultra-distance racing (she eventually raced in the Transcontinental). And I understood that – although I wish it wasn’t me – witnessing a body like mine, triumphing over one of the toughest races there is, will have quietly nudged a lot of people’s understanding of what a cyclist might look like, how much body fat an athlete might have, and how wrong we all were to think that strength must have a size.

Jenny Tough confronts her relationship with her body on a new journey to ... something

Emily Chappell: Finding My Happy Place on the Road

A look at the stories behind long-serving Apidura Packs. This time: Emily Chappell's Top Tube Pack.