Emily Chappell; Courier To The Continent 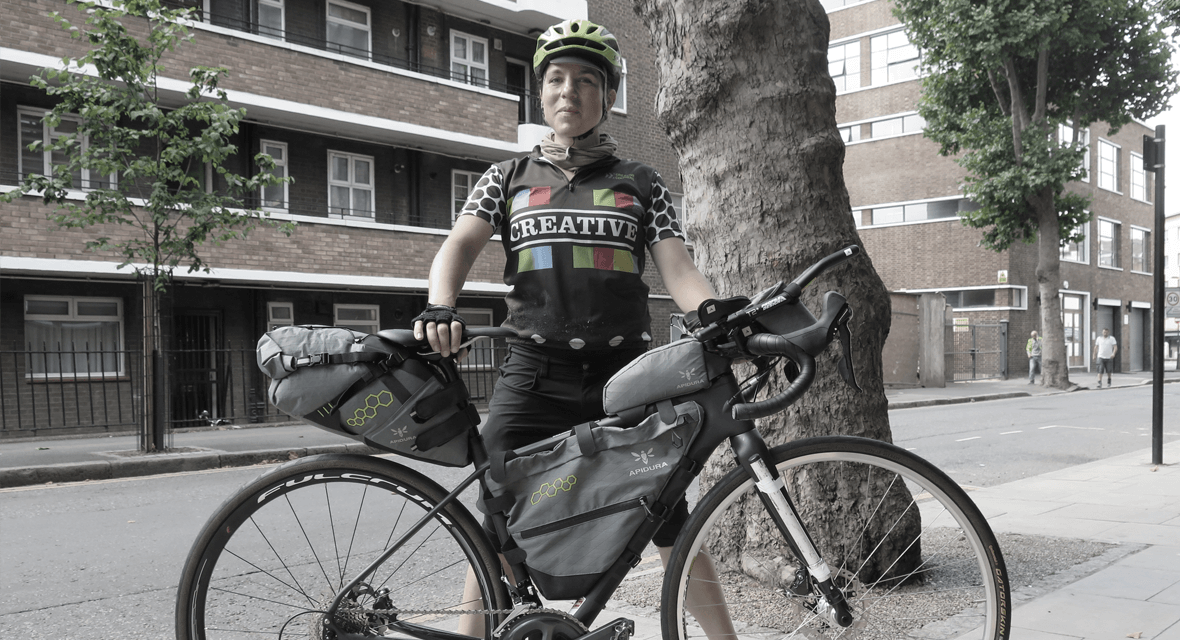 If you’re well read in cycling culture, it’s likely you will recognize the name Emily Chappell. The long-time cycle courier and recent convert to ultra-distance cycling has written about her two-wheeled adventures in the book ‘What Goes Around’, alongside her personal blog – www.thatemilychappell.com.

An inspiration to many cyclists around the world, Emily’s achievements already deserve incredible respect; from cycling across Iceland to riding to Japan between 2011 and 2013. Speaking with her ahead of Transcontinental, it became apparent that she has become comfortable with the racing mindset required. Last year, it took a few days of riding before the notion of competing against other people really sunk in – it was her first ever experience of competitive cycling. Unfortunately, around the halfway point of last year’s event, Emily retired due to medical issues. She now regards Transcontinental 2016 as a combination of unfinished business and a new adventure.

Apidura: Emily, there is so much to take from what you’ve achieved in the world of cycling, it’s hard to know where to begin. From cycling across Iceland to your ride across Asia in 2011-13, do you think there are any particular experiences that lend themselves to being successful at Transcontinental 2016?

Emily Chappell: “Being on the bike all of the time as a courier means the step to riding all day as part of a tour or the Transcontinental race is much less daunting. The unknown elements of travel and sleeping arrangements were a daily feature of my ride across Asia, so that’s a part of the race that other people may find more challenging. The harder moments on my big adventures have definitely boosted my resilience and given me greater perspective, too.”

A: Regarding perspective – and considering the gruelling nature of Transcontinental – have you had any ‘dark’ moments during your travels by bicycle? Have there been times where you have really had to push beyond your boundaries?

EC: “There have been a few, but one day in the Taklamakan desert is particularly memorable. The desert does weird things to you, and it is not a place I am very comfortable with. I remember during a 45-degree day, riding into uphill gradients and sheer headwind, I was weak and exhausted. The distance markers on the roads would mark every kilometre that passed, which would sometimes take as long as half an hour. At one point I sat beside the road with my head in my hands, between sleep and despair, thinking what if I gave up now?”

“I fought through, however, and rode on to find a small homestead that had become popular with touring cyclists on the same route. Many of them had left notes and photos, including one from friend and explorer Sarah Outen. It felt like a sign and turned my day around completely. Over time, I have learned nothing has an ‘end’ – keeping on going often results in a positive outcome.”

A: How have you adapted your equipment for your own particular needs and how did Transcontinental 2015 influence your current set up?

EC: “I haven’t done a big tour for a while, focusing mainly on bike-packing. After last years race and a recent trip across the west coast of America I have realized that I can get by with much less in terms of luggage. Last year, I used the biggest Apidura Saddle Pack alongside a Frame Pack and Handlebar Pack. This year, I’ve really refined my set up, using a much smaller Saddle Pack and Frame Pack. The main difference to my riding style has been due to Food Pouches. The ability to streamline small interactions with my kit can make a huge difference for time and morale.

A: Following Transcontinental 2016, there are rumours that you want to enter the Yukon Arctic Ultra. Are these plans that are beginning to formulate or are they still in the early stages?

EC: “I think I have mentioned it, but I’m not sure how you knew! I do want to enter, but I think it’s a long way off for now. Snow biking is something I want to get into, as I prefer the colder weather. Transcontinental is too hot for my liking, so it makes sense to enter something I’m better suited for. If Transcontinental goes well, however, I might see it as a stimulus to enter the Yukon Arctic Ultra or to stick around and do more events like the Transcontinental. It could go either way!”

A: Thank you, Emily. Good luck for Transcontinental 2016.

Transcontinental Race No6: The Unmeasurable

The Transcontinental Race, and ultra-races in general, can be measured in any number of ways.