Fear and Learning in the Andes

Across Andes is a gruelling bikepacking race held in Chile, now in its second edition. More than 100 participants lined up to tackle the mountains, including Apidura Ambassador Sonia Colomo and local rider Susan Barraza, who finished the 1,000km route as 1st and 3rd female finishers respectively. Here, we share some insights from both Sonia and Susan on how the race unfolded, and how they managed both the physical and emotional challenges at either end of the race.

When Susan Barraza heard of the inaugural Across Andes last year, it captured her imagination immediately. “I thought it looked interesting, but not something I would do, after all – ultra-cycling is not for everyone. But just a year later I made the decision to register for a solo attempt at the second edition of the race. I’d done some longer distances, fell in love with gravel riding and was curious to see Araucania – a region of Chile I had never been to before. Although I’d never taken part in an ultra-distance bikepacking race, I had faith in my stubbornness and knew that it would be possible if I had the conviction to finish”.

Sonia Colomo, on the other hand, is not a newcomer to this style of racing, having won Badlands in her native Spain last year. “I went into this race in ‘adventure mode’. Obviously, you want to do your best, but you can never be certain that you’ll be ready for something as big as this. Simply being able to finish was a great enough goal for me. I am a person that likes adventure more than competition, so expectations were simple: being in the middle of the Andes on my own riding and doing my best”.

Getting to the start line of a bikepacking race can often be a considerable challenge in itself, with months of training and time spent fine-tuning setups. There’s no right or wrong answer when it comes to gear choices for a mixed-terrain course like Across Andes, especially when temperatures can quickly fluctuate and road surfaces vary wildly. Even bike choice isn’t obvious, and while Susan opted for a rigid gravel bike, Sonia chose to ride a hardtail MTB. 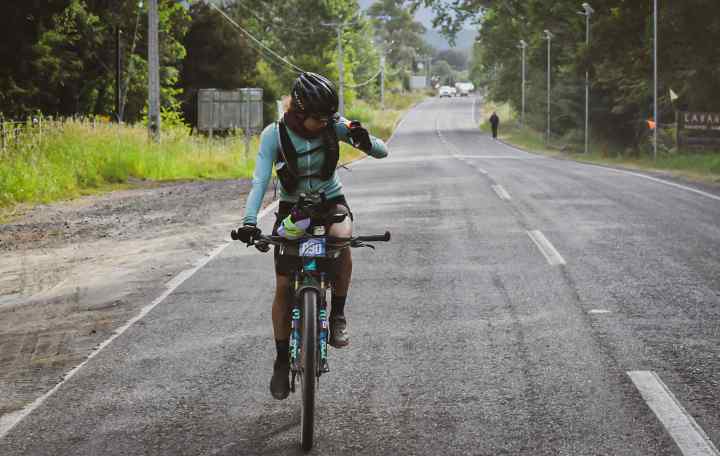 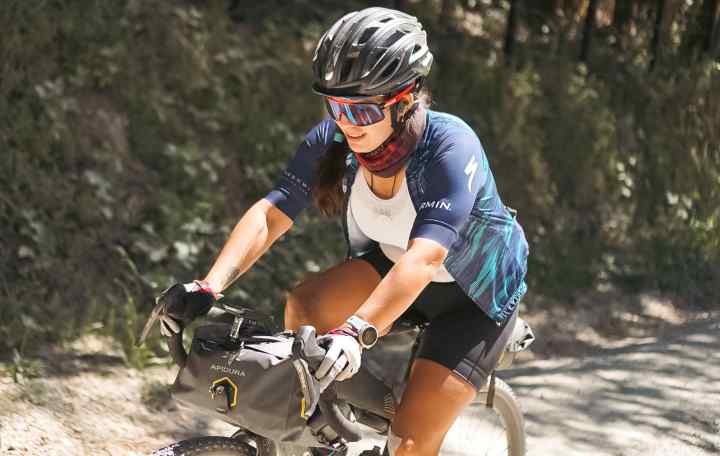 When race day finally came, both riders started the race feeling strong, heading up into the mountains on fresh legs. Sonia, with experience on her side, maintained a pace she felt she could maintain for many hours. “By the time I reached CP2, I saw that I was really doing quite well. I was feeling strong, I was taking things easy and I wasn’t going to lose anything by trying to push a little bit. My legs felt good, so on the third night at CP3, I only slept for an hour and a half, and then started pedalling two points above the pace I had been going so far.” It was at this stage that Sonia began to believe she could be the first female to finish, having reduced the gap behind the leading female and climbed up into the top 10 overall.

For Susan, things became difficult early on in the race, with an injury starting to cause problems. “I started the race feeling good, hoping to reach the first checkpoint without stopping, but at 100km I started feeling pain in my left knee. I decided to slow down to monitor the problem, but while the amazing landscapes were majestic enough to distract me from the pain, I didn’t quite have it in me to push through to the checkpoint, so stopped for the day after 172km.”

As the race progressed, Susan’s race became dictated by managing discomfort and she found that her plan needed to be adjusted. “On the second day, I reached CP1 and decided to continue to Pucón, but once again it became apparent that my game plan would need amending. The terrain was mostly off-road, and my estimated moving pace of 15km/h dropped to just 10km/h, hardly ideal considering that there was barely anywhere to resupply. The pain on my knee returned just as darkness started to arrive. As a solo participant, I was scared to ride at night, but that day I had no option but to continue riding until I could find a place to sleep”. 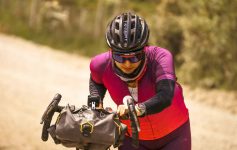 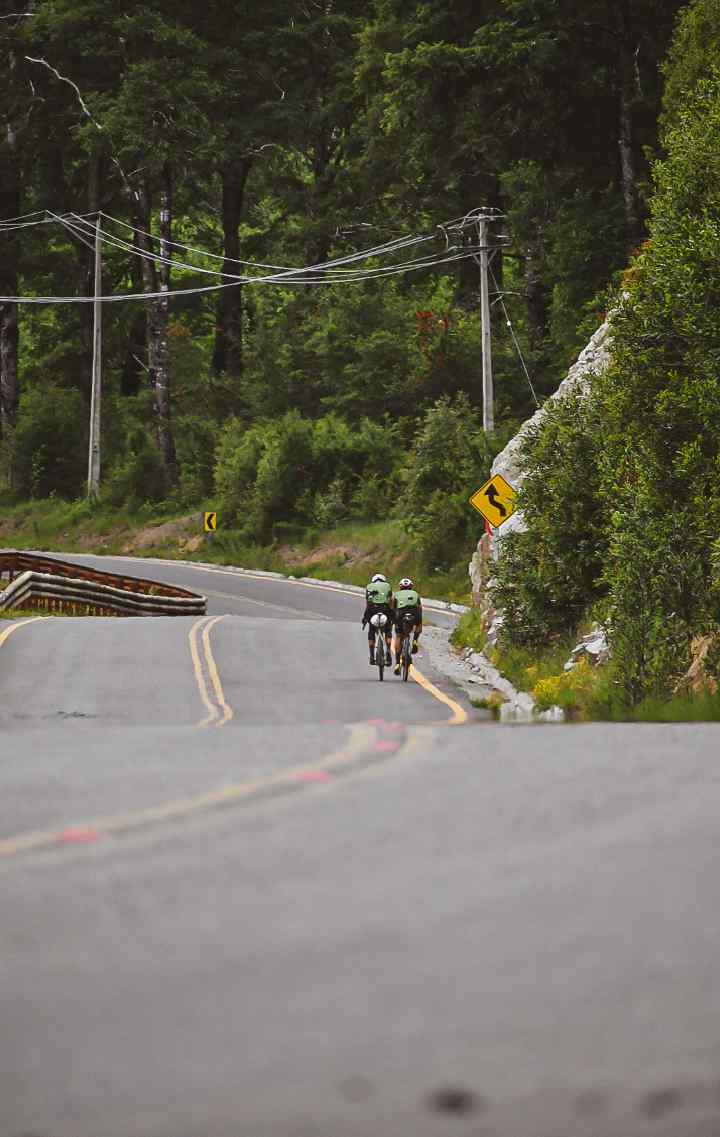 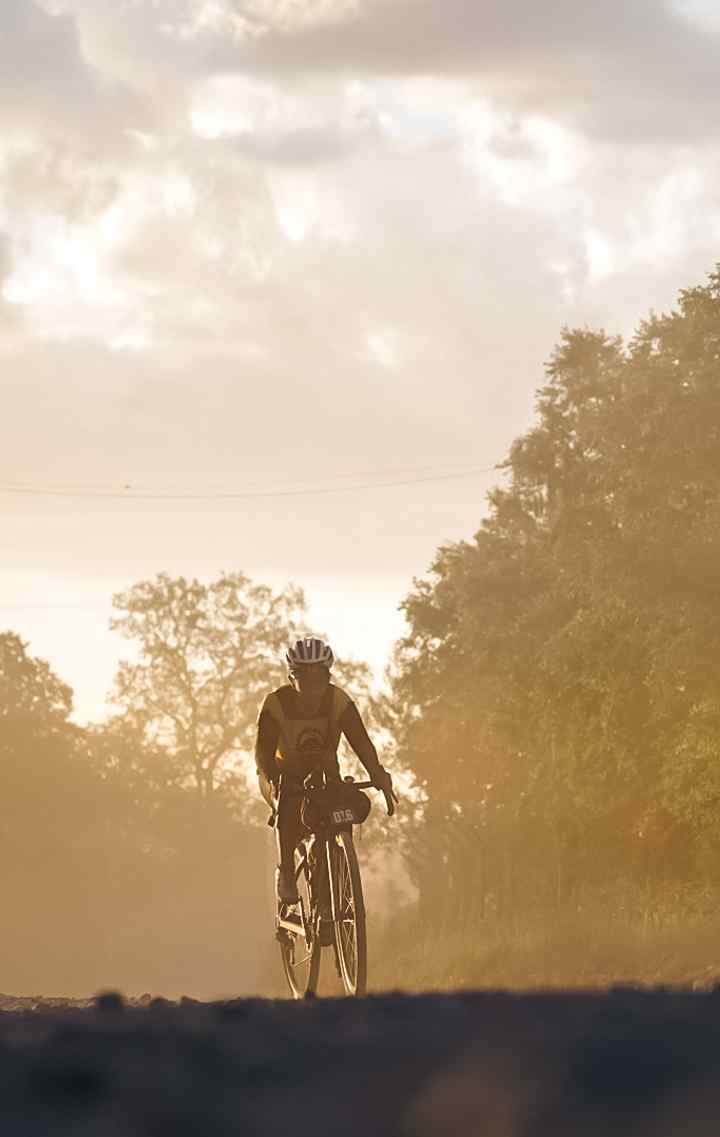 Further up the field, Sonia was also having to deal with her pain threshold. “I had a few moments that were quite hard. On my arrival at CP1, I had an allergic reaction to a bite on my hand and it swelled up so much that I couldn’t put on a glove. My plan had been to rest for about 3 hours, but I was shivering and couldn’t sleep, so instead I got up and went out at night to pedal, and after a few awful hours I began to slowly improve”.

Competing in a race like this puts a strain on the body that needs to be carefully monitored. Sonia puts it quite bluntly: “I think that ultradistance racing is something very beautiful, but also something that can be dangerous. You push your body to the limit, so you have to know yourself well. To compete at a high level, you have to sleep very little, which is extremely unhealthy for the body as it adds to the stress of cycling long days. I’m not one of those people who will tell you the typical ‘if you want to, you can’ and all this positivism that goes nowhere. Train properly and get to know your limits. Set small, realistic goals during the race, but be flexible and adapt to the situation as it comes.”

Keeping flexible plans during a race is easier said than done, especially when fatigue sets in. It’s hard to predict what will happen during the course of a race over multiple days, and managing expectations is an important skill in these events. “I had hoped to finish the race in 5 days, but I knew that because of my pain – now in both knees – this was not going to be possible”, Susan reflects. Instead, she adjusted her plan to a simpler goal: finishing the race within the official cut-off time. But even then, other unforeseen events continued to make the challenge harder. 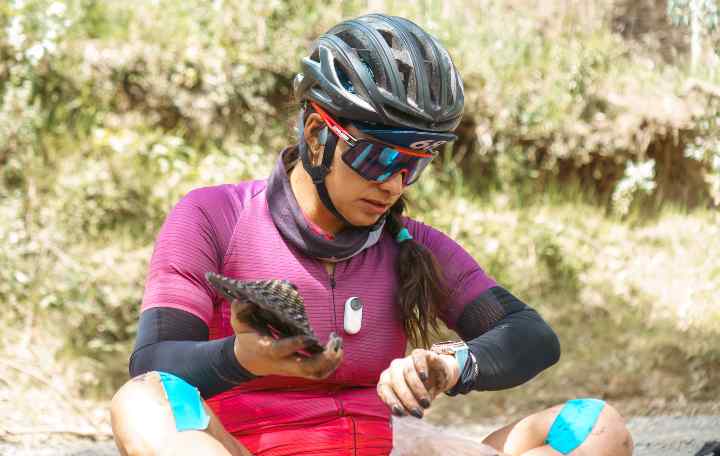 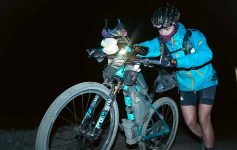 “I was only 9km from CP3 when I felt something snag on my back wheel. My windbreaker had gotten stuck on the cassette, and somehow while trying to take it out I managed to damage it. I could have quit the race at that moment, but I was determined to continue, and so I decided to walk. I had until 6pm that day to reach the checkpoint cut-off. After that, I would still have almost two days to get to the finish line, so there was plenty of time to fix the wheel. Once again, my plan had changed. I was in further pain from walking that far, so I stopped for the day before the next long climb”.

“Looking back, I think I had an optimistic timeframe. In hindsight, I should have had two or three plans, ranging from ‘best’ to ‘worst’ case scenario. I learned that the most important thing in an ultra-race is to be open to changes and not to get frustrated if your optimistic plan becomes unrealistic. There will be days you will feel better, and others less so, so it is better to approach things day by day depending on how much you feel capable of”.

After an incredible ride of 3 days and 10 hours, Sonia became the first female finisher of Across Andes. “The first thing I thought was: how crazy. I had achieved something that had given me a lot of fear and respect from the beginning. My preparation had been thorough, and the ride had required a lot of effort, dedication and perseverance”.

“In an ultra-cycling race, the primary competition is against yourself, and I think that everyone is a winner just to finish it. Susan was expected around lunchtime on Saturday, so I decided to meet her about 10km before the finish line. I had been in that situation 3 days earlier so I know how hard the last push was. I knew that she would be tired, she might have pain somewhere and that any extra motivation could help in the last push when you have no energy left. I would have liked someone to join me so I just went to meet her to tell her that she could do it. I was just happy to be there and see someone else finishing a challenge like Across Andes”. 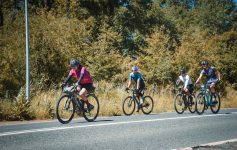 For Susan, after digging so deep to overcome obstacles during the race, a familiar face was a welcome boost for the final few miles. “I was arriving 3 days after Sonia reached the finish line, so it was really amazing she came all the way to ride with me. She said ‘Susan you are strong, you’ve got this, only 5km more to push, go with everything you have’, and she gave me the boost and energy I needed to finish the course. It was great, a woman encouraging another woman, and a whole group encouraging others to finish. I was one of the last three to arrive on that final day of the race, but I still felt everyone was as happy and emotional as I was, and I loved that about riding Across Andes as my first ultra”. 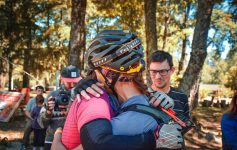 We take a look at the stories behind Sofiane Sehili's Frame Pack, built to last and raced all over the world.