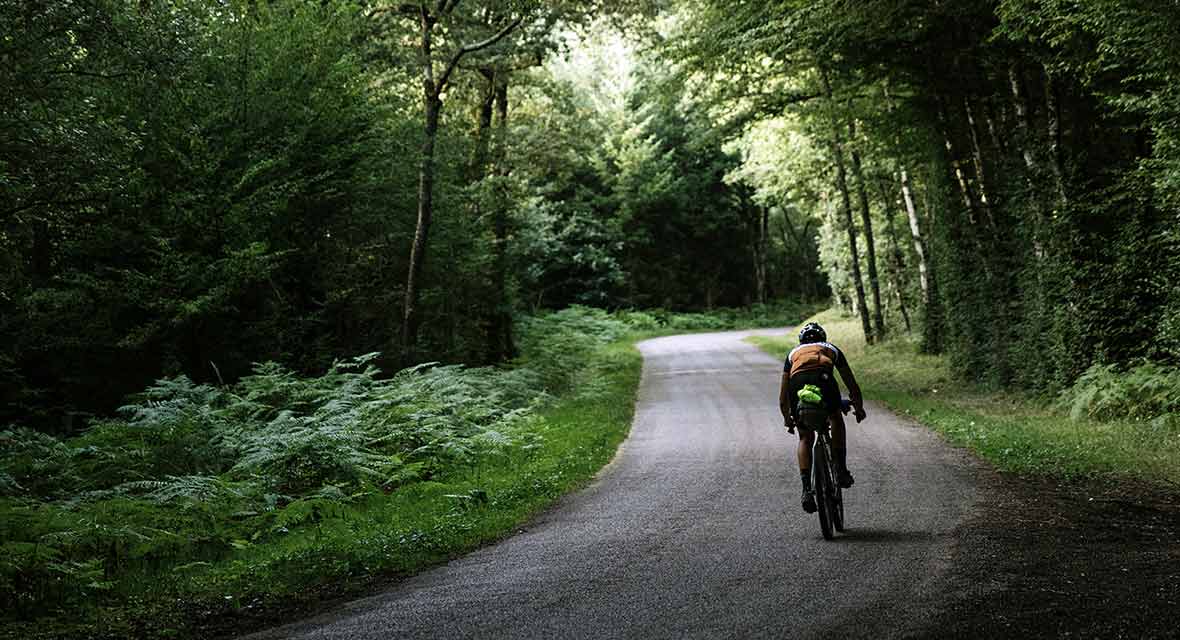 The 2018 bikepacking events calendar is bursting with more options than ever before, but that doesn’t mean to say they all follow a simple A-to-B ‘race’ format. Here, we pick out five events that have put their own spin on adventure.

50 checkpoints, but how many points can you collect?

The concept adopted by Peloton de Paris for the Peloton de Paris-Roubaix is wonderfully original. There’s just two mandatory checkpoints, at the start/finish location of Mechelen, and at the halfway point in Roubaix, but with 50 checkpoints in total to choose from along the way, and points awarded for navigating through each, the winner will be the person who accumulates the most points. Good route planning will be as important as fast riding here, and with overnight accommodation in Roubaix provided as an optional extra, the Peloton de Paris-Roubaix has all the ingredients it needs to be an adventure classic.

‘All routes are equal, but some are more equal than others’.

The Distance is a self-supported bikepacking event, but rather than being labelled a race, organisers refer to it as a ‘sociable challenge’. All riders start together, and make their way to the first checkpoint, but as the ride continues, it’s the rate at which you pedal that will in turn determine which of three potential routes you end up taking. ‘The faster you are, the further you ultimately ride,’ says the website. ‘Oh, and you won’t know the route until you get to each checkpoint. Fun? We think so.’

The Racing Collective, in their own words, ‘host self-supported races for people who love wild places’, and their approach is wonderfully hands-off. Competitors in either the TransEnglandRace, TransScotland Race or TransWalesRace simply leave a selected location, pass through a series of checkpoints, and use timestamped selfies taken at the finish to decide a winner. Meanwhile, their ‘Crossduro’ series, which includes races that also cross either England, Wales, or Scotland, uses times from five Strava segments completed en route. Riders may or may not find themselves in the same pub at the end of it all, too.

It’s the timed segments that matter.

After being founded in California, Grinduro found its way to Scotland for an inaugural UK edition last year, and the event is back again for 2018. “In short, it’s just what it sounds like: Gravel Grinder & Mountain Bike-Style Enduro = one long loop of pavement and dirt, where finishing times aren’t based on overall loop time, but four timed segments. But Grinduro is not just a bike race. It’s a celebration of cycling with as much emphasis on the party as the ride, with excellent food, an impressive display of art and incredible handmade bikes, live music, free camping and a festival atmosphere.”

The Strathpuffer – or just ‘The Puffer’ to those in the know – is a mountain bike race with a character all of it’s own. Held annually, just outside of Inverness and in the depths of a Scottish winter, the Strathpuffer uses the traditional 24 hour mountain bike race format. With separate competitions for solo riders, pairs, and teams of four, the aim is to complete as many laps of the 11km circuit as possible within the 24 hour period – but with snow a regular factor at the event, and 17 of the 24 hours falling under darkness, don’t expect to do too many.

Camille McMillan on Un-Lost: "It's about looking"

Apidura talks to Un-Lost photographer Camille McMillan, who sheds light on the concept behind the project.

How to Wild Camp when Bikepacking

The Apidura guide to sleeping out in the wild on bikepacking trips.

It’s Not About Being Fast, It’s About Not Being Slow

Covering long distances quickly requires something we call the efficiency mindset; here we look at how to master it.