From Customer Support to Self-Support at the Dales Divide

After a long winter of helping Apidura customers prepare for upcoming trips as a member of our customer service team, Ali Macleod found himself dreaming of adventures and yearning to try something different. This spring, with the UK easing out of lockdown, he secured a last-minute space at the Dales Divide for his first ever self-supported bikepacking race.

In early 2021, I’d had a long winter of helping people prepare for trips and adventures in far-flung places. From the Apidura office in London, I had corresponded about exotic adventures in Puerto Rico, multi-day trips up the Western Australian coastline, and weeks along America’s Southern Tier route.

With spring arriving and travel restrictions beginning to ease, trip envy made way for excitement. Ideas were cobbled together, and I dusted off my packs, eyeing up a leisurely weekend of gentle riding and early finishes. After a long winter helping others plan their rides, it was finally time to think about my own adventures.

The first trip of the year promised to be a scenic reward for months spent trying to keep fit on the outskirts of London. But the plan was short-lived, and a series of WhatsApp messages soon dismantled it. With my plans in tatters, my colleague Jonathan suggested an interesting alternative option. I sent a spontaneous email, and within a few hours, our registration for the Dales Divide was confirmed. I pedalled home with the prospect of my first race just three weeks away. 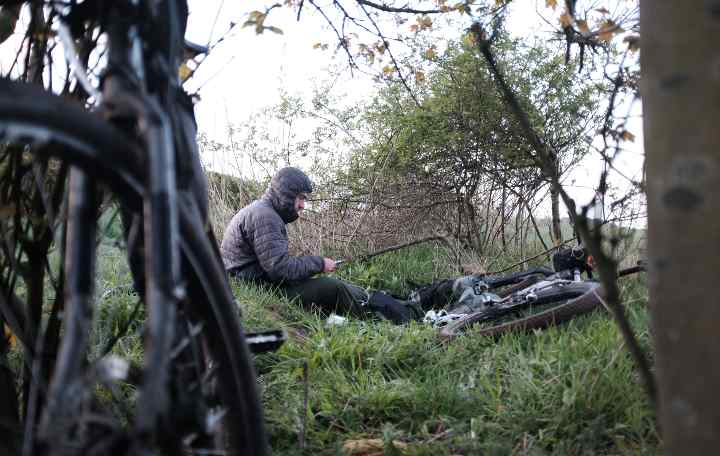 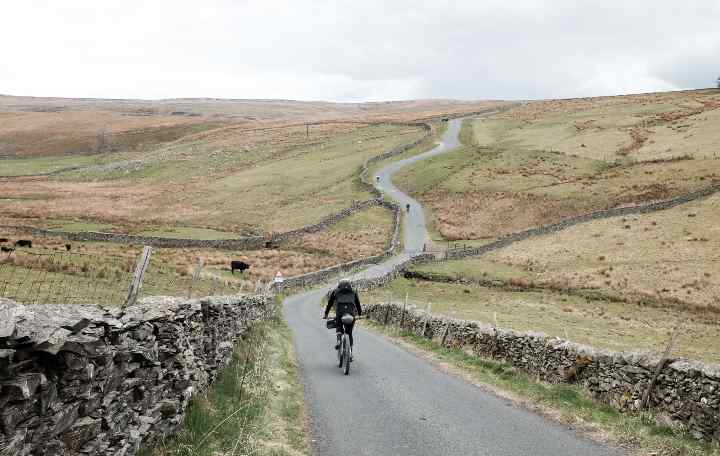 I’ve toured across America and gathered a fair amount of bikepacking experience across the English countryside, but I’ve never experienced a bikepacking race. My impression of them has been influenced by dramatic black and white photographs, all filled with atmosphere and emotion. Riders brushing their teeth on the bike, washing in sinks, and sleeping in bus shelters. So recognisable as bikepacking yet so removed from my own, more relaxed experiences.

Jonathan, the other half of my ‘pair’ (and the 31st finisher of TCRno7) laughed at my naive enthusiasm as I fantasized about the possibility of playing out these cliches. I’ve never had a reason to find myself in these sort of situations. I’ve raced the clock on many occasions, chasing trains and flights, but never another cyclist.  So, my aim was to complete the 600km route without embarrassment and try to enjoy it along the way.

During the week before the race, the office really pulled together behind us. I was lent a bike beyond my worth, imparted with some wet weather advice, and loaned a GPS tracker. With just about every UK route ridden between them, several TCRs and a whole host of races and events, I felt in safe hands. Once my name appeared on the DotWatcher website, I felt fully committed and my dad confirmed his weekend would be spent in front of a computer following along. 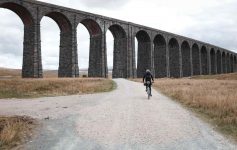 By Saturday morning, along with over one hundred riders, I was ready to roll off Arnside Pier. The three days and nine hours that followed delivered just about everything I had hoped for during those winter months spent inside.

It was a Bank Holiday weekend of putting my own advice to the test; all my responses to customer queries were reflected in the decisions I’d made. Which size saddle pack to opt for? How to spread water literage across the set-up? Where to run my charging cables? There was a comfort in putting my own suggestions to the test and proving them valuable.

At the ‘start line’, there was a sense of occasion – an unfamiliar feeling after over a year of hibernating from public events. It was uplifting to see all the smiles as everyone compared setups and discussed lunch plans, and these conversations were resumed at random intervals throughout the weekend. Once the frantic leapfrogging settled, we found ourselves recognising the same faces, monitoring their enthusiasm as much as our own, and talking as we rode alongside one another. To meet and ride with so many people was a welcome reminder that a cycling community did exist beyond email exchanges and social media!

At the height of my complacency, sections of the race seemed to be guided more by exploration and observation, than suffering and competition. Cruising across the Dales limestone during golden hour, squelching across the Moors under moonlight, descending into the Vale of York and flying across the Wolds. I felt like I saw such an incredible amount across the width of the country and back – albeit slightly blurred. So many places I’ve long hoped to visit discovered in such a short space of time. The remains of Bolton Abbey, York’s Sunday market, and the seaside promenade of Scarborough. All in one fell swoop. 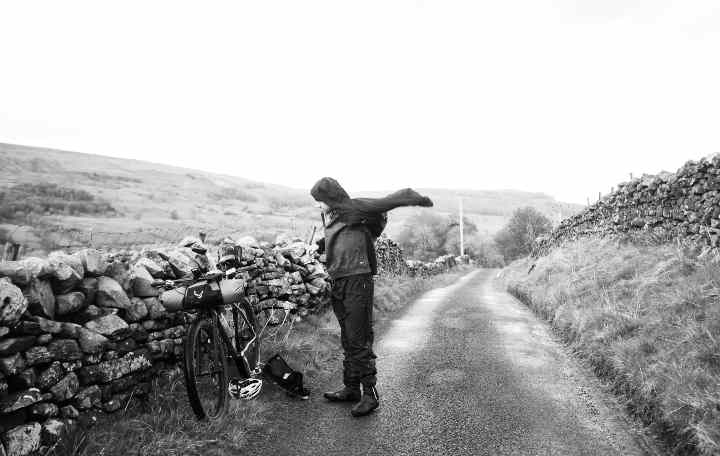 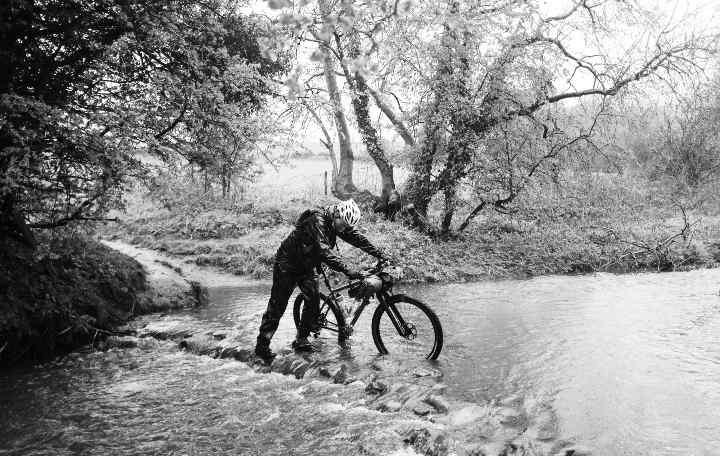 We moved with the weather and then eventually against it, giving me my first experience of a bothy, as the storm blew through. The added dimension of very little indoor rest meant even greater exposure to the elements. Domino’s did not want to shelter us and there was only so long we could queue in Greggs, which meant we had to exercise more patience behind flint walls and under dense tree cover. At times it was entirely miserable and at others, totally exhilarating.

These were the more dramatic race experiences that I’d previously only seen others endure in those black and white photographs. With each hour that passed, I became aware that those insights, capturing a split-second in time, could never truly reflect the feeling of a given moment. My wry smile, or subtle frown, was only hiding the self-doubt and temptation to find an excuse to pack it in. I made a mental note to remember this the next time I flicked through some race photos.

For a first-timer, the Dales Divide was a perfect insight into the strange world of ultra-distance racing: the invisible effect of the event, the added incentive of being part of something, and feeling motivated to go a little further than usual. It was a month’s emotions each day and completely draining, but I couldn’t recommend it more. And in the end, it turned out that a winter of preparing other people had also helped prepare me. 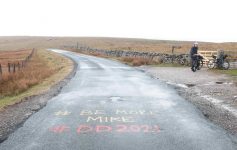