It’s no secret that our bags undergo extensive real-world testing before being released and that our Racing Series appeared on several podiums before it was officially announced. Well, we’ve been at it again and our new Racing Long Top Tube Pack has the most palmarès of any unreleased pack, being ridden to first-place finishes at three different races already and breaking cover at five more. This is the story of the worst kept secret in ultracycling.

Everything we design and put into production is designed to fulfil a genuine need and nowhere is this approach more ruthless than the Racing Series. Racing Series packs are small by necessity; the greatest weight you can save while racing is the unnecessary gear you left behind because it didn’t fit. So why on earth are we releasing a top tube pack that’s twice the size of the next biggest pack in the range?

Counterintuitively, The Racing Long Top Tube Pack was originally conceived as a solution for riders with smaller frames, struggling to fit even a stripped back racing kit list with the existing packs. They either struggled to fit the water they needed alongside a frame pack or found the saddle pack interfered with their bike set up and challenged us to find a way to add more capacity without straying from the Less is More design philosophy that underpins the series. By the finish of the Transcontinental Race in 2019, a bigger top tube pack was looking like the best solution. 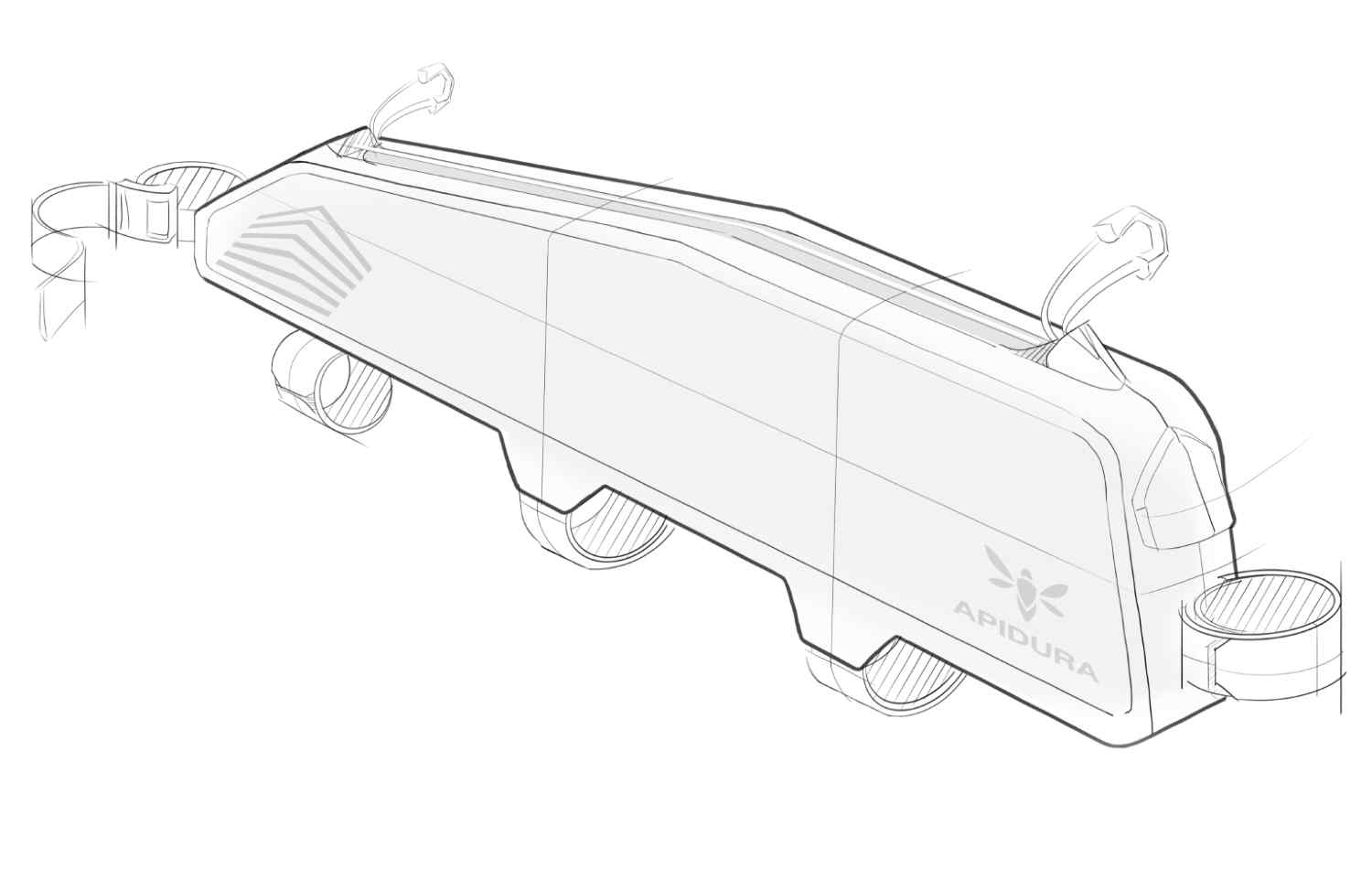 One of the first riders to test the prototype pack was Fiona Kolbinger. Following her victory at the Transcontinental Race in 2019, Fiona was looking to optimise her set up and the idea of a longer top tube bag was born. Our design team was actually able to create the first prototype so quickly that we had time to test ride it ourselves and show it to Fiona in person at the Transcontinental Race Debrief at Look Mum No Hands that September. Hiding in plain sight, the first Racing Long Top Tube Pack went unnoticed by everyone at the event but Fiona!

Since that night a year ago, Fiona has ridden more than 1,000km testing the pack, even winning the Swiss Ultra Cycling Challenge while using it. The long top tube pack allows Fiona to ditch her handlebar or saddle bag; although it’s usually the saddle bag she goes without as it interferes with her rear light. It just goes to show that you really can’t take a ‘traditional’ set up for granted, even at the highest levels of the sport.

By early February of 2020, Markus Stitz was testing the next generation of long top tube bag prototype at the Atlas Mountain Race, where he was the first and only single speed finisher. The pack allowed him to keep weight low and central without sacrificing water storage space for riding in the desert.

As the year continued, Björn Lenhard rode with the bag at Transcimbrica (coming first), Three Peaks Bike Race (placing third) and Transiberica, where he was forced to scratch with a mechanical. In feedback, he’s told us it’s “the best of all your packs!” and has actually asked for a longer custom one to totally fill the length of his top tube. He’s not the only taller rider finding that a long top tube pack provides a lot of versatility for everything from long rides to multi-day tours. 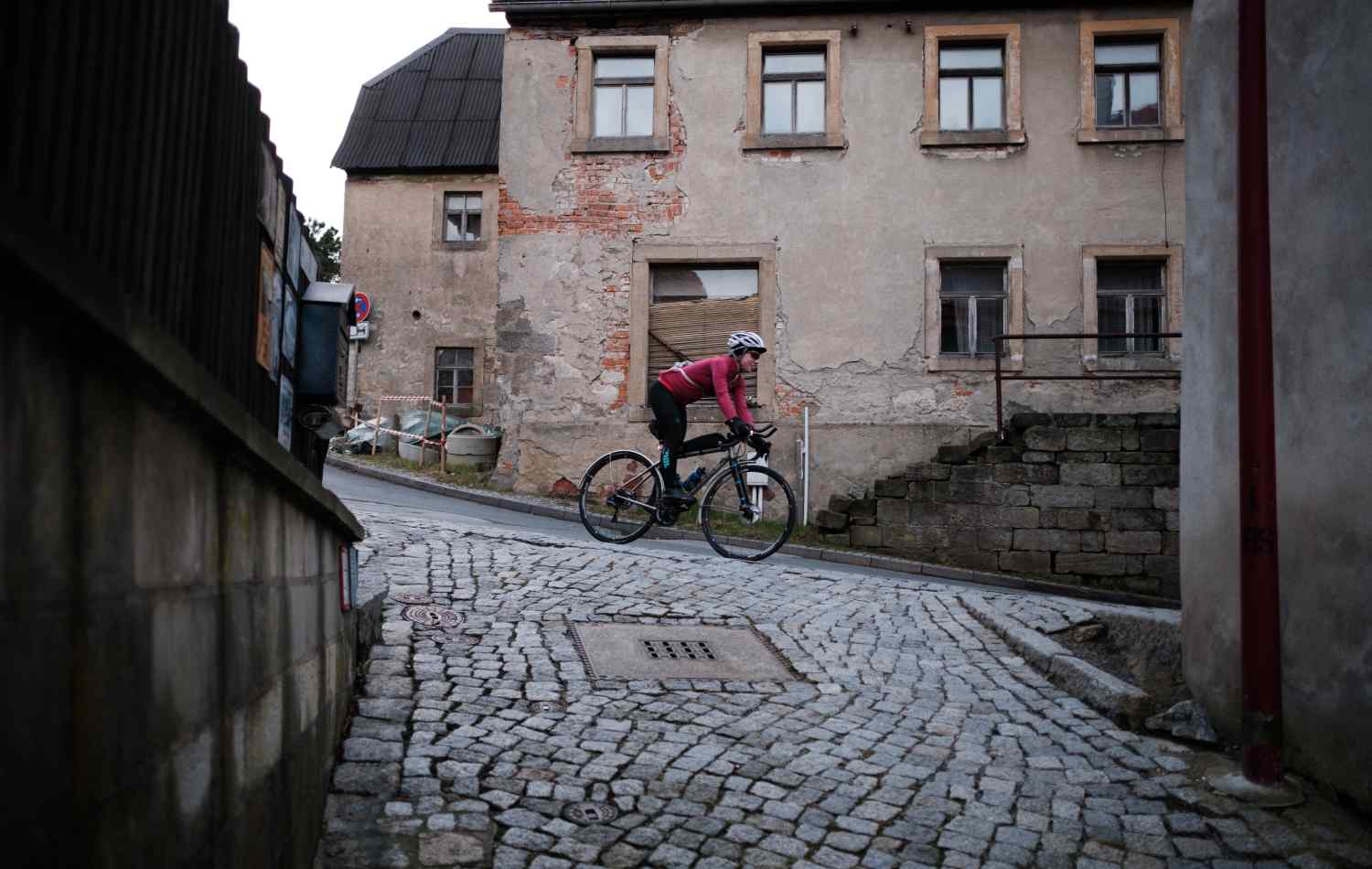 You might also have spotted the pack on the podium at the Race Around the Netherlands, where Jasmijn Muller was the first female finisher. With challenging and changeable weather forecast, the long top tube bag provided some much-needed space for extra layers. While the Racing Series is purposefully stripped back to provide just enough storage space and challenge you to think carefully about what you carry, sometimes the conditions will simply call for a bit more than you can comfortably fit in a truly minimalist set up.

The long top tube pack won’t replace the smaller 1L and 0.7L variants – it’s about providing options. Ulrich Bartholmoes, for example, with his preference for extremely lightweight set ups, is unlikely to use it more than a couple of times per year, particularly given how fond he is of the Racing Bolt-On Top Tube Pack, but it opens up new options and allows him to distribute his lightweight loads across his bike to suit the length and terrain of his rides and events.

The Racing Series captured the spirit of Kristof Allegaert’s relentless and efficient riding style, embodied in our less is more design, allowing riders to easily step into his cleats. As the range expands, you’ll be able to find out if you’re more of a Fiona, a Bjorn or a Jasmijn and have the versatility to tweak your set up to better fit your bike and riding style. Ultradistance racing is growing and evolving quickly and the Racing Series will continue to develop alongside it so you can achieve your potential and focus on the racing, not the packing.

Celebrating the joy in creating something useful from something that might otherwise be thrown away.

Take a step into the unknown with James Robertson at the Japanese Odyssey, and appreciate the value of making risks.