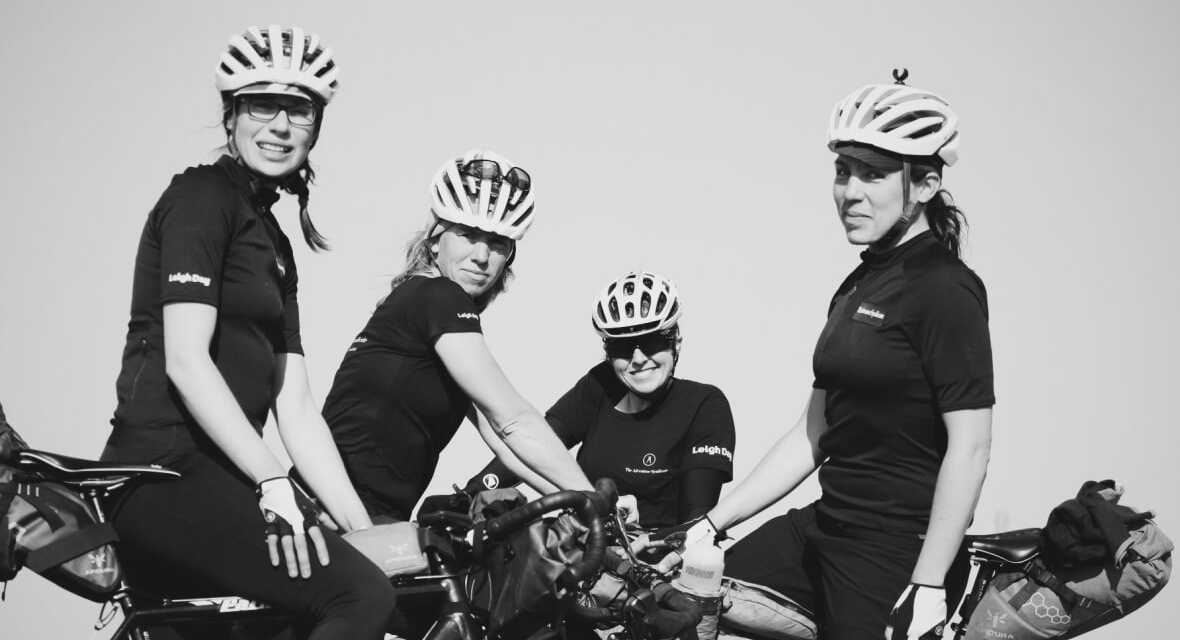 First launched in late 2015, The Adventure Syndicate is “a collective of female endurance cyclists whose aim is to increase levels of self-belief and confidence in others.”

Now almost two years on, it has grown into something that its two founding members, Emily and Lee, have been both surprised and encouraged by. As we discover in this audio interview, the project’s successes since its launch have not only been numerous, but also varied, and have shaped how it has grown.

In the discussion, Emily and Lee talk about how the project came about, how it has developed since, and what to expect from it in 2018, as well as the metaphorical significance of adventure cycling, ultra racing bursaries, and the importance of “just starting it”.