These days, it’s often easier to replace worn-out items than repair them, but in doing so we lose the history and stories associated with the original item. This is the story of the most complicated repair we’ve ever undertaken and why we felt it was so important to do so.

One of the benefits of our free repairs programme is that we get an insight into the way our packs are used and various ways they get damaged – insight that is fed back into our design and development process. Each pack that comes in tells a story. Stories that our product team read like forensic investigators; an overloaded pack, limited clearance leading to tire rub or crash damage are all diagnosed and repaired.

While most packs come with rips, abrasions and tears from long, hard lives, every so often a pack has a far more interesting story to tell. This is the story of Ive Weygers’ Backcountry Compact Frame Pack. 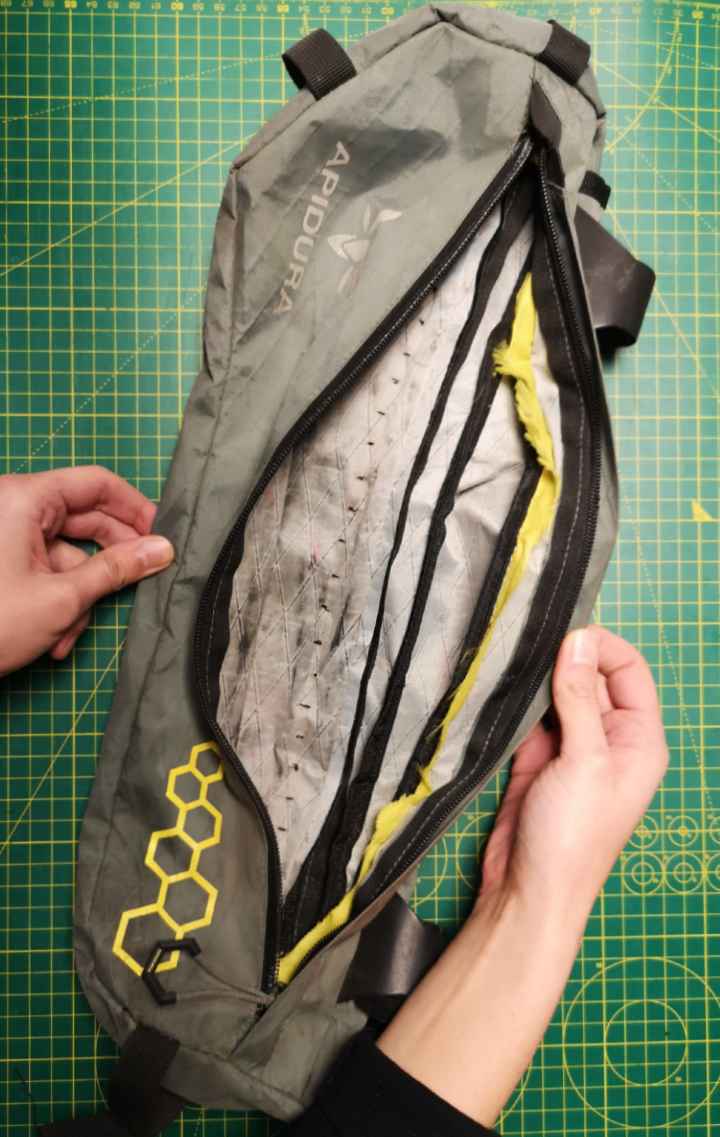 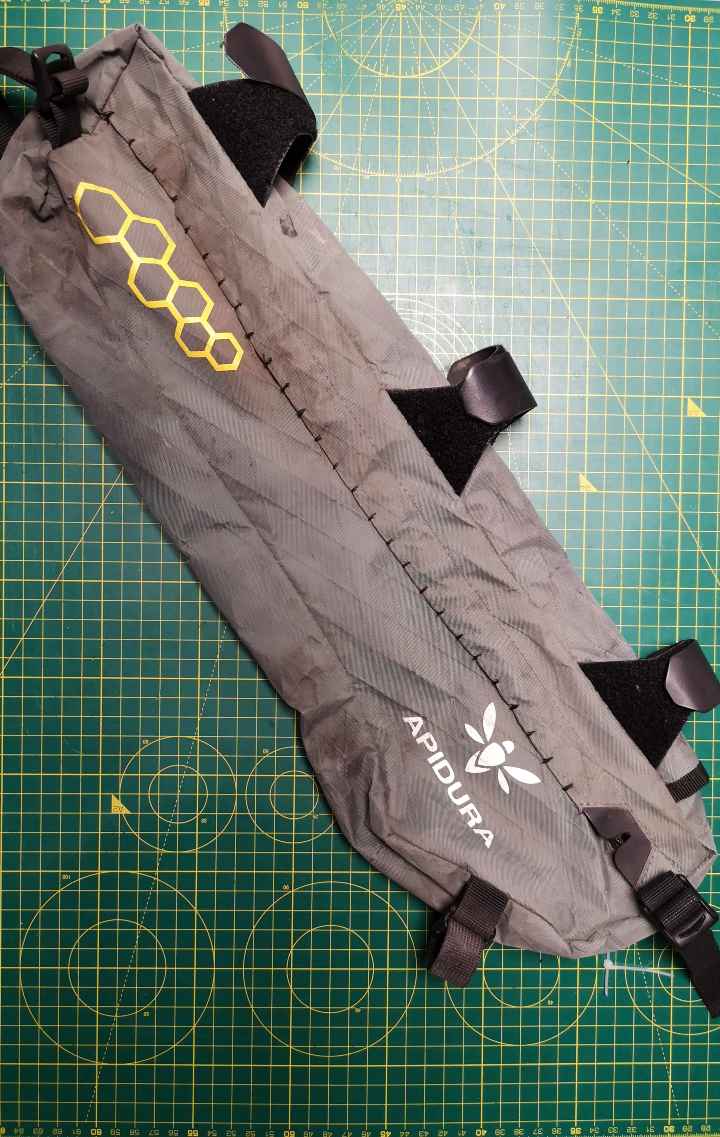 After the TCR, Ive sewed the broken zip shut, making the repair tidier and more permanent

After the TCR, Ive sewed the broken zip shut, making the repair tidier and more permanent

On the face of it, the pack was beyond repair when it arrived back at our office. The inner lining had been removed and one of the zips had been sewn shut. We tried to imagine the circumstances that could have led to a bag being in this state and wondered what the owner was expecting by way of a repair. Initially we felt the damage was severe enough to warrant an outright replacement – it would take longer to fix than the pack originally took to make!

But the more we thought about it, the more we felt convinced that we should breathe life back into this pack. After all, Ive had clearly taken time over the original repair and gone to the effort to send the pack in to us, rather than replace it. And lucky we did as it’s only through fixing it and sending it back that we got the full story behind the ‘alterations’. Ive tells us:

“My frame pack became damaged on the first night of TCRNo5, somewhere in the Ardennes in Belgium. As a rookie, I stuffed the frame bag with everything I didn’t need – and more! This resulted in breaking the zipper just 100km into the race. To make a usable repair for the race, that night I cut the interior and used some duct tape and safety pins to sew the broken zip shut. After the race, I kept on using it, because I liked the story and adventure that it went through, happy that it is fixed while preserving the scars from the race.” 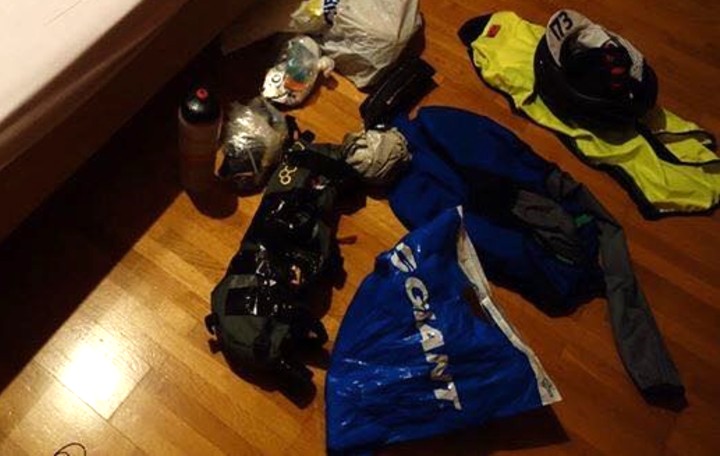 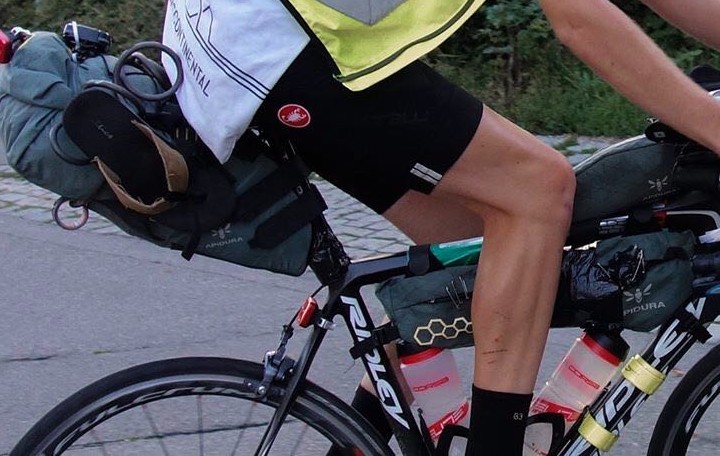 While normally cutting the interior lining from your frame pack would probably be the furthest thought from your mind, in the context of a race it’s a pretty smart (if irreversible) field repair. With over a weeks’ riding ahead of him, Ive needed to make his pack rideable and salvaging the working zip would create the most secure pack possible. Coincidentally, closing a broken zip with safety pins is precisely why we recommend carrying a few safety pins on any long ride.

Ive’s repaired pack may look new again, but it’s now completely unique and tells a far more interesting story than any replacement ever could. Bikepacking equipment is so much more than ‘just’ packs. Good packs tell a story; they keep your gear safe and accompany you around the world as constant companions on all of your cycling adventures. They’re valued training partners and reminders of the places you have been, the things you have seen and the people you have met. We’ve been conditioned to think ‘replace’, rather than ‘repair’ these days, but in replacing items as they age, we lose those stories. This pack pushed our repair ethos to the limit, but the result and Ive’s pleasure at being reunited with his pack is a great reminder of why repairs are so essential and deserve to be championed, no matter how much easier it might be to start again.

The repaired pack, taking pride of place on Ive's bike

The repaired pack, taking pride of place on Ive's bike

Switch off and Reconnect

Apidura staff member Harry tells us why it’s so important to regularly switch off and reconnect with the world around us.