Before starting university, Joe Todd had plans to ride around the world, but another adventure, The Transcontinental Race, came along instead. 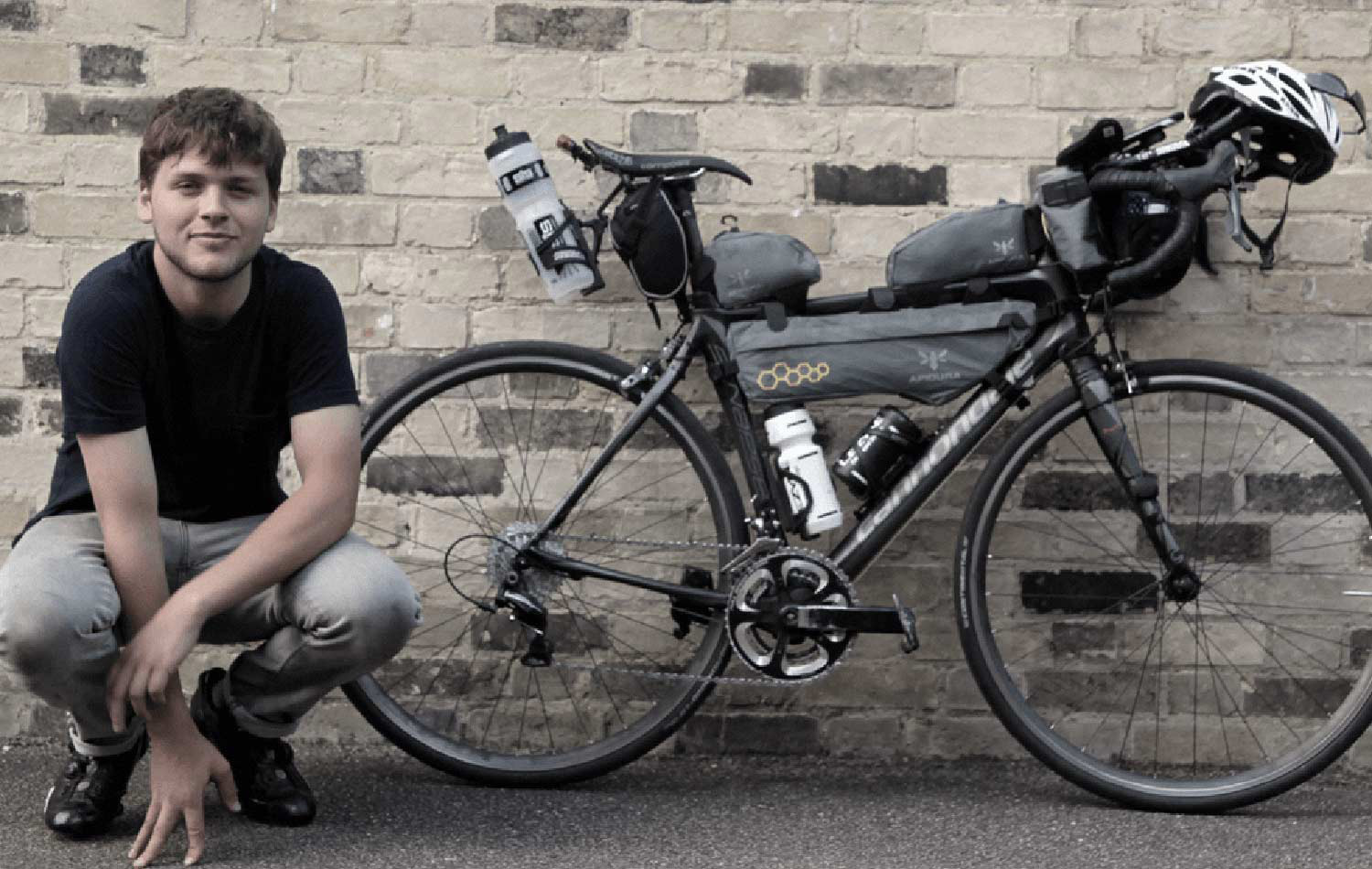 Joe Todd’s relationship with the Transcontinental is unique. After finishing his studies in high school – and with a year off before beginning his life at university – Joe set his sights on cycling around the world. He soon realized, however, that the expense of a round-the-world tour was too much, directing his attention to Transcontinental 2015 instead. With kit prepared as late as the final two days before the event, Joe’s minimal set up brought him to a top 20 finish overall, a staggering achievement considering he was the youngest participant in the race. After a recent trip to Japan and an eventful tour from Munich to Italy, he is now preparing for the 2016 edition of the Transcontinental race.

Apidura: Without any experience of touring or cycling abroad, what drove you want to enter the Transcontinental last year?

Joe Todd: “I found myself with a year off between school and my university studies; I wanted to do something completely different and exciting. This began with researching a potential round-the-world tour, but I soon realized how expensive this would be. I had already been a follower of the Transcontinental and it suddenly became the realistic – but adventurous – alternative. Looking back, it was the hardest thing I have done in my life, both physically and mentally.”

A: Once you committed yourself to entering, did the importance of preparation and training for the event begin to sink in?

JT: “Well, I entered nine months before the start of the race. I didn’t know what to expect, so initially I didn’t rush myself at all. I gradually began to buy and acquire more kit, and it was around April that I realized the scale of what I was doing. Despite this, I was still buying equipment not long before the beginning of the race, and my only kit test was the Dunwich Dynamo. Even the night before the start, I found myself running around packing and arranging my bags.”

A: As a first time entrant to Transcontinental, how did you make your decisions regarding your kit?

JT: “I created an Excel document with everything I might need and considered this alongside blogs made by other Transcontinental riders. People seemed to take a lot of kit for the race and I figured that I could make my set up a lot more minimal. I scaled down a lot, just using a small Saddle Pack and Top Tube Pack, and really refined my kit choices. For example, my repair and maintenance setup was very small; I only brought two tubes and a puncture repair kit alongside a multi-tool and some batteries for electronics.

Some riders took things like spare derailleurs and parts, so if I had any serious mechanicals my race would have been over. I tried not to judge people on their kit though, as the approach to the race depends entirely on the individual.”

A: How did your race go with this minimal approach?

JT: “My first week was about surviving and avoiding injury. I stopped for two or three meals a day and would chat a lot to other riders I met on the route. As the race thinned out, however, I became obsessed with not stopping. I’d stuff as much food into my pockets as possible and focus on getting big miles in. Gradually, I got faster as the race progressed and found the final ten days to be pain free. I never found it sore to get on the bike so in hindsight things went really well.

I would take about four hours sleep a night initially and I didn’t really make a plan, but I found myself needing more and more rest as the race went on. I decided that the key was to be as efficient off the bike as possible, not stopping for too long and making rest stops count. This year, I’ve decided to ride as much during the night – when it’s cooler – and get my sleep during the day. This means I can take less sleeping kit and be safer sleeping in unusual places during daylight.”

A: So have you made specific kit adaptations for this sleeping and riding plan?

JT: “I’ve made sure that I have empty space in my bags for food and I’ve adapted my riding accessories, so I can take as much as four and a half litres of water on board. This means I can go long distances during the night without worrying about potential roadside shops being closed. I should be able to cover as much as 160km without needing to take on extra supplies, which really streamlines my riding.”

A: What do you think sets you apart from the rest of the field this year?

JT: “I don’t know really – probably my age. Despite this being my second Transcontinental, I’m still one of the youngest riders competing. People were really surprised how young I was during last years race and they would ask if my parents knew what I was doing! I’m quite proud of my achievement at Transcontinental 2015 and to build on that will be very exciting.”

Staying safe and enjoying life on the road as a solo female bikepacker: tips from around-the-world cyclist Juliana Buhring