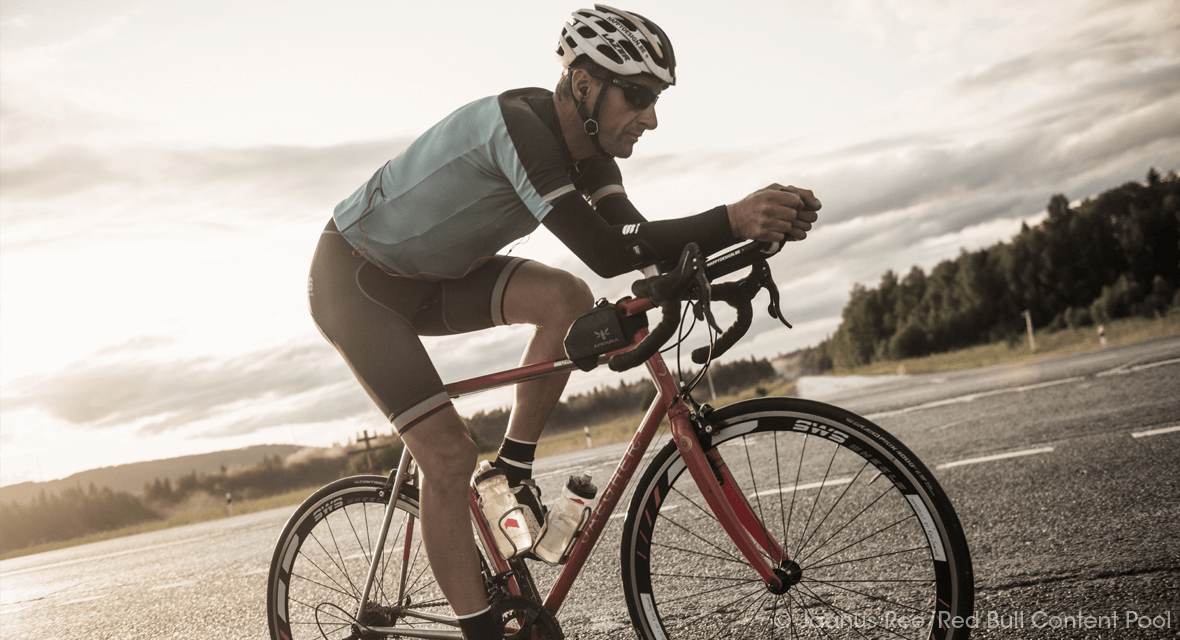 Riders like Kristof Allegaert in the 2014 Transcontinental Race. The one who went so fast that at times it looked like he was going to beat not only the other contenders, but also the race cars. The one who stopped for a snooze on the first night, slipped into sixth place, and then calmly and methodically reeled in rivals Richard Dunnett and Josh Ibbett just as if he had planned it all along (which he had). The one who made what for most riders would have been the disastrous mistake of taking the ferry across the narrow Verige Strait at the mouth of the bay of Kotor (explicitly forbidden in the race rules), realized his error only after climbing the Lovćen Pass, and backtracked to avoid disqualification, circling the entire bay before reascending the pass with an extra five hours (and 1,000m of climbing) in his legs. The one who posted a nonchalant tweet 100km from the finish, saying he was looking forward to eating his breakfast with a view of the Bosphorous.

For those who spent the first half of that August obsessively following the Transcontinental’s online tracking page, Allegaert seemed unstoppable, and indeed, this is one of the secrets behind his phenomenal performance – what John Stevenson calls “the simple but devastating tactic of not stopping”. Ibbett’s overall average speed was actually slightly higher than Allegaert’s, but the Belgian was moving for all but nine hours and 38 minutes of his eight-day race – though whether he qualified as ‘awake’ by the final stages is anyone’s guess.

“It’s easier to keep going” he explained to a Flemish news crew, “than it is to rest and then have to leave again.”

The third Transcontinental race, in the summer of 2015, was set to be longer, harder and more unforgiving than the first two. “Many will fail,” predicted race director Mike Hall, with what sounded suspiciously like relish. And many more would become addicted to following the race online, compulsively checking the tracker map, and eagerly scanning the start list in the months running up to the event, to see who had signed up; who was back for more; who had finally put their money where their mouth was; who was in; who was out. So many were disappointed when Allegaert announced, shortly before the start of the race, that he would instead be competing in the formidable Red Bull Trans-Siberian Extreme.

It wasn’t surprising, really. There’s been a trend, over the last few years, for bike races to get longer, tougher and more unreasonable. First there was the Transcontinental. Then there was the TransAm, which cocked a snook at RAAM, formerly the pre-eminent ultra-distance race, by being 1,000 miles longer and entirely self-supported. And then the Trans-Siberian came along and knocked them all out of the water. The race covered 9,200km between Moscow and Vladivostock, including 58km (yes, that’s 58,000m) of climbing, passing through four climate zones and seven time zones. It was divided into stages that varied in size from an eye-watering 300km to a frankly mind-boggling 1,400km. Only a maniac would consider entering such a torture chamber. A maniac, or perhaps a certain mild-mannered secondary school teacher from Belgium.

As predicted by all but himself, Allegaert won the race in 318 hours, 57 minutes and 30 seconds (including a 20-minute swim in Lake Baikal), more than half a day ahead of his closest rival, having at one point given up sleeping in order to maintain the gap.

“Frankly I’m surprised”, he modestly informed an interviewer immediately after the race. “I didn’t expect to win.”

And our breath is now bated as we wait to find out whether he’ll be lining up in Geraardsbergen for the start of next year’s Transcontinental – or whether some other, even longer, even harder, even more impossible race will tempt him away.

One of British Cycling's greatest ever

Watch Chosen Confluence, a film by Adam Green highlighting the Black experience within the cycling community.