Markus Stitz’s latest bikepacking route explores the Argyll islands, including Mull, Jura, Islay and Bute, taking riders over a mix of gravel tracks, singletrack, cycle paths and roads. To celebrate the new route, Markus has released a film, Wild About Bikepacking, taking us along for the ride. We took the opportunity to find out how he conceives, develops and perfects bikepacking routes – keep scrolling to watch the video and discover Markus’ route planning process.

It starts with a spark…

Creating a route like this starts with what I would call a ‘spark’, something that ignites my interest in a place or a region. My philosophy for developing routes is that they need to incorporate much more than just good cycling. They should be attractive to various different levels of cyclists, and that’s reflected in the route choice.

This particular route has been on my mind for a long time, as it includes the Isle of Islay, which was the island on which I returned to Scotland after cycling around the world, and the Isle of Jura. You might be surprised to learn I used to be a DJ and ran a music festival for five years in Germany. My style of DJing has been hugely influenced by the KLF, but it is one of their quieter, more atmospheric songs that is an all-time favourite of mine to sit on a great spot and simply watch the world go by – ‘Built a fire’.

The KLF ‘left’ the music industry in 1992 after the Brit Awards, by firing machine gun blanks at their last performance and dumping a dead sheep at the doorstep of the after-show party. They had huge commercial success; in 1991 they became the biggest selling singles act in the world, but this wasn’t why they made music and they deleted their entire catalogue the following May. In August 1994 they burnt £1million in a small boatshed on the Island of Jura: the royalties they accrued post-retirement (which they later regretted). So, the inspiration for this route and journey was to finally go to Jura and find the boat shed, which funnily enough, I never found, as access to the estate is blocked by huge gates.

From that ‘spark’ there’s a process of plotting a rough route online and then defining it by using various map layers and local knowledge. Often routes include parts I have cycled beforehand, like the long gravel section above Loch Awe on the mainland and Machir Bay on Islay. Once I have a draft, I work jointly with the organisations and communities that commission the routes, in this case, Argyll and the Isles Tourism Co-operative and CalMac ferries. In my eyes, bikepacking routes can bring a lot of benefits to communities, as they promote a slower and more sustainable way of tourism. If there are any ideas or concerns, I incorporate them in the draft route. Once the route is final, I cycle and document it, and make alterations where needed. To illustrate that with some milestones: The idea for this was developed around May 2021, the funding was agreed in September 2021, I rode the route in late October 2021, and it was launched in March 2022. 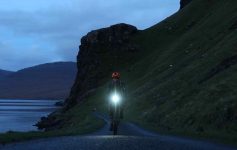 For me, bikepacking is about finding the paths less travelled and travelling on the smaller and lesser-known Scottish islands is just that. I think it’d be unfair to call Mull, Bute, Islay and Jura less well-known though, but they certainly still offer places where you can sit for hours on end on the beach and not encounter a fellow human being.

All my work is about providing a positive impact on Scottish communities by developing sustainable offers and directing people to those places where they can have an enjoyable experience on two wheels. I often find that the experience travelling in such places is so much richer than in tourist hotspots, and this applies not just to Scotland, but also anywhere I have been in the world. I have recently found my love for fresh seafood, and it doesn’t get any fresher and better than in a small pub on Islay where the scallops come straight out of the sea onto your plate. 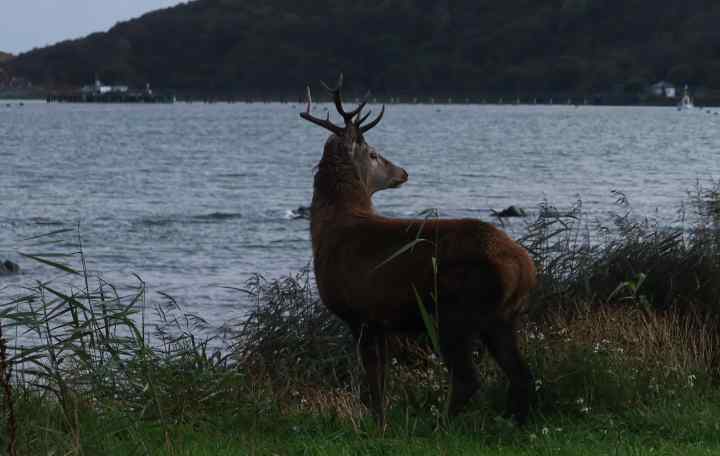 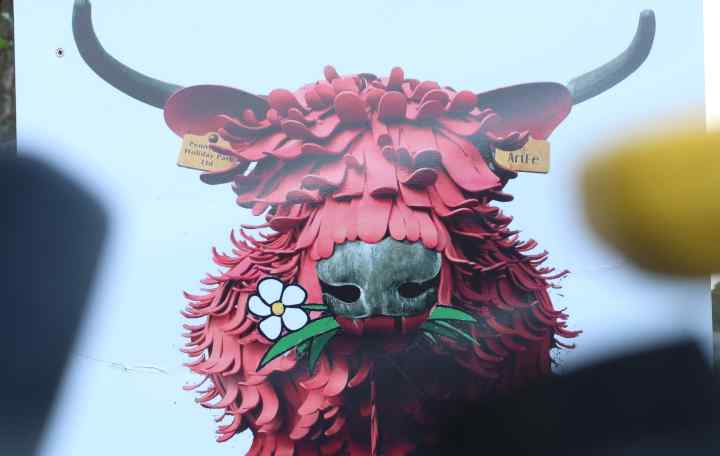 This was a particularly soggy experience at times, which is often difficult to capture in a film, and I don’t want my work to be putting people off cycling, I want to encourage them to go cycling. There is one simple approach to this. Whenever the going gets tough I remind myself how privileged I am to be able to do the thing I am passionate about, and that discomfort makes the best stories – regardless of how much it tests you in the moment.

The red line is when a situation is dangerous, as in being a threat to my life, but I have never reached this point. I can draw from a huge back catalogue of personal experiences, so it is much easier to reference and understand a particular situation. This is why I would encourage everyone to get out and build this catalogue of experiences, and not rely on others’ explorations.

That balance between adventurous and challenging depends on the route. When I look back at the first routes I designed, like the Capital Trail, I was very much in the league of people that want to make off-road routes as off-road as possible. Over the years my focus has shifted, as I got feedback and tried to put myself onto the pedals of people that have not necessarily cycled a single speed mountain bike around the world.

The flow of a route is much more important for me when I design routes and a good balance between technically demanding sections and parts of the route that invite riders to enjoy the landscape over the riding. A fair bit of hike-a-bike sometimes isn’t avoidable on longer routes, but this needs to have a purpose, like sparing riders from a lengthy and less enjoyable detour.

I am a perfectionist, so I try to plan a route as best as possible before I set out, also thinking about possible detours if I am not sure about a certain part. My experience helps me here. If I am out test riding a route and encounter an unrideable part of the route, I go back and look at alternatives. This is why I spent a day longer than expected developing the Bikepacking Argyll’s Islands route, as there were two sections that I had to rethink. Riding the routes in difficult conditions, like in early spring or late autumn, also provides a good opportunity to judge their enjoyability in the off-season. 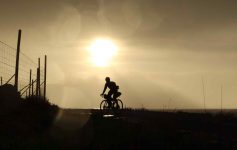 On to the next spark

Apart from Port Ellen and Jura, I would love to return to Finlaggan in better weather again to discover it more. This was of the Lords of the Isles and of Clan Donald, and I would love to take much more time to discover the site. I didn’t initially include this in the route planning, but it was a road sign that sparked my curiosity, and I was delighted that I made the detour. I would also suggest this stands exemplary for my approach to following routes. They are a great help to navigate and experience an area by bike, but the real magic happens if you leave the routes and let your own curiosity guide your exploration.

Markus Stitz shares the joy of slowing down and connecting more fully with your surroundings in his new film, Unhurried.

Celebrating the joy in creating something useful from something that might otherwise be thrown away.