Ultra-distance racing is one of the most rewarding sports to watch and engage with as a fan, as is evidenced by the large community of enthusiastic dotwatchers who surround the sport. We spoke to a mix of both new and long-term dotwatchers to find out just why dotwatching is so appealing and how to get started.

So why should you watch a dot? What’s so appealing about staring at points on a map that only update every few minutes?

Despite such long timescales, sometimes that anticipation – the gradual playing out of race tactics – makes for surprisingly compelling viewing. Simon tells us “TCR dotwatching is, at times, more exciting than all but the best TdeF stage finishes” and David agrees; “Gazing at a dot blipping its way across a mountain range, a country or a continent leaves so much to the imagination. It’s like reading a big glorious hardback book instead of watching a 90-minute film.”

For newcomers, dotwatching isn’t necessarily the most accessible activity. Fortunately, there’s a friendly and engaging community around the races and resources like dotwatcher.cc that can help.

Simon explains “The TCR dotwatching community is one big, happy family. There are a number of regular ‘anchors’ who hold the watchers together. Sometimes the watching is tense and at times like these the family is a very supportive one.”

David agrees “During the race, the Facebook groups are the best way to stay up-to-date with the stories and updates all the way down the field. The rest of the year, there are always discussions about nuanced topics like tyres, sleep systems and stuff like that. It is absolutely worth joining in with our tight-knit, supportive and generous community.” 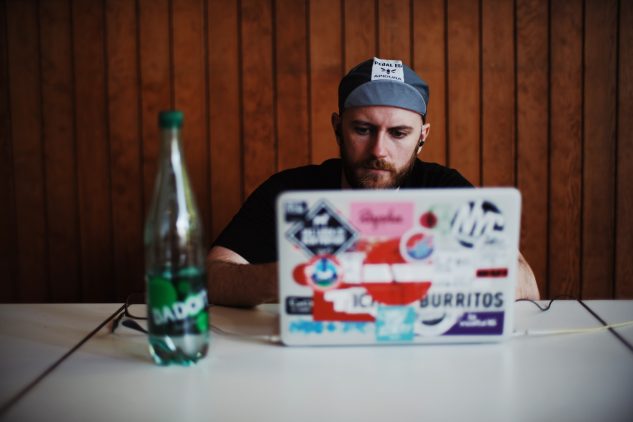 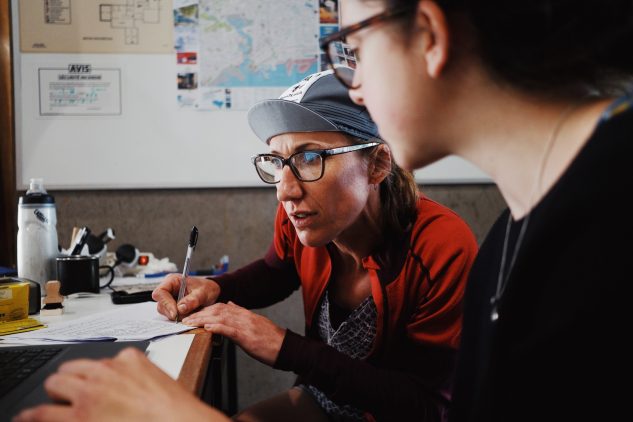 For many, the first time they hear the term ‘dotwatcher’ is when a relative takes part in an ultra-distance event. For those who are unfamiliar with ultracycling, the event format and the tracking software, it can be hard to know where to start. What advice do our dotwatchers have for these first-time watchers?

“Join the Facebook group”, recommends Simon. “Announce yourself and say who you are here to follow and what the connection is. Ask questions if anything confuses you. There’s a lot of experience in that forum and new watchers should always seek to use that experience. Above all, have fun and join in. We are all rooting for your dot too. And sleep easy, in the TCR at least, someone is ALWAYS watching your dot and at least one person is doing that in an official capacity.”

Tim suggests that you should also “follow the dots around your relative. That gives you a good perspective if your relative has a good or a bad day. Follow their social media too. Maybe he/she pops up on a photo. If not, you can at least check weather and road conditions and get an idea of what it is like to ride in that area.”

Rose agrees with Tim. “Have a few tabs open on your computer and have them on refresh! I would say follow a few different sites and updates. I followed not only the hashtags on Instagram but also certain people and relevant hashtags I noticed in posts about the race.” She explains that “I would look up places Jimi was on Google Earth and look who else was around him and where he would go next. I would then look on social media to see what people were saying about the places they had been through and how they were. Then I would compare them to Jimi’s dot and see when he was going to go through a ‘tougher’ part of the race.”

Of course, following a relative or loved one can be a stressful experience. We asked Tracey (whose son, Josh, won the TCR in 2015 and is an accomplished ultra-distance rider and racer) and Marion (‘queen of the dotwatchers’) what steps you can take to keep calm when things get tense.

“Try not to panic when the dot stops moving. There are many reasons they stop; sometimes tracker/battery problems and sometimes the rider is just tired, and they need a longer rest or refuel stop” says Tracey.

“Make sure that you know how to drill down in satellite mode, because that invariably shows that they are at some restaurant or hotel.” But she cautions “It can work against you though. In Josh’s first attempt at the TCR, he was suffering from Achilles problems and was in agony. He had used all his painkillers and managed to get hold of some codeine. He contacted me and said that he couldn’t stay awake, he didn’t know where he was and that his Garmin wasn’t working, and his phone was about to die – which it duly did. I used the satellite view to drill down to see his dot stopped in a ditch by a very busy road near Istanbul and the weather forecast was saying it was 30+.  Some very worrying hours!”

Look at the rider history, is it the time they could be expected to stop for a sleep based on how long they have been riding or their normal riding pattern?  Even if it’s not a ‘normal’ stop they may be sleeping during the heat of the day or just having a power nap. Remember it could be a mechanical or a puncture that means the rider isn’t moving. Keep an eye out for any social media posts that could give a clue to progress.

Have a look at the google map location, is a restaurant, cafe, garage, public convenience nearby or even a decent looking bus stop? All possible reasons for an extended stop.

If the stoppage still doesn’t make sense take a look at any riders nearby, particularly those that have passed to spot after the tracker stopped. If other riders have passed without pause, then this points to all looking OK at that place and the issue being tracker related.

By the time you’ve done all that chances are the tracker will be on the move again!”

While the majority of dotwatching takes place online, it is increasingly common to see dotwatchers at the roadside, particularly for the front-runners. We spoke to Rory, Race Coordinator at the Transcontinental Race, to find out what you should be aware of if head out to see the riders in the flesh:

“There have always been dot watchers on the road, but in TCRNo7 it was like nothing we’ve seen before. The race is self-supported, and the riders spend most of the time on their own dealing with the challenges the race throws at them, often with limited sleep. This means they can be on their limit both physically and emotionally – so they may not be too chatty or be willing to stop.

The best place to see riders in person is at a control, where you can be part of the community of volunteers who help make the race – but if you can’t there are few things to keep in mind; please don’t interfere with their progress or offer any resources, no matter how much you want to. Stand somewhere obvious and wave, or even have a banner. Please don’t try and stop riders, some may stop to speak to you, others may not. Be mindful of how you approach a rider to speak to them when are they stopped – they could be tired and might not want to the attention, so be prepared to give them space. Finally, it’s important to try to avoid cycling alongside or with a rider – again the race is about being self-supported, so you wouldn’t want to put their position in the race at risk.”

Scotti Lechuga takes us on a bikerafting adventure on the Buffalo River.

Putting the City in Context