Carlos Mazón and David Rodríguez are the masterminds behind Transibérica Ultracycling, the organisation responsible for Transibérica, Transpyrenees and Badlands. Their races take place in and around Spain, showcasing some of the most diverse and impressive landscapes in Europe – and Carlos is an experienced self-supported long-distance racer himself, with multiple podium finishes. We asked Carlos and David to share some of their favourite memories from the races they have organised so far.

After 3,500km of close racing, Sami Martiskainen and Bruno Ferraro were the fastest riders behind the winner, Ulrich Bartholmös, at the second edition of Transibérica, separated by just three minutes.

Both riders first crossed paths in the middle of the race, after Cabo de Gata (after 1,700km of racing). Bruno opened a gap on the climb up Veleta peak and extended the lead until he had a lead of over 200km. Despite his hard work and significant advantage, a mishap in Portugal brought the pair back together.

After the last checkpoint in Picos de Europa, Bruno still had almost two hours over Sami before they crossed paths again. With 270km to go, both took different routes. Sami took an inland course, covering a few more kilometres but with less climbing (plus 20km, minus 600m). For the last 200km, it seemed that both riders would arrive at the same time, without any clues as to who would be in first or second place – until Sami appeared at the finish just three minutes ahead!

Maybe being a veteran and knowing the arrival point in Bilbao from the first edition gave him an advantage. 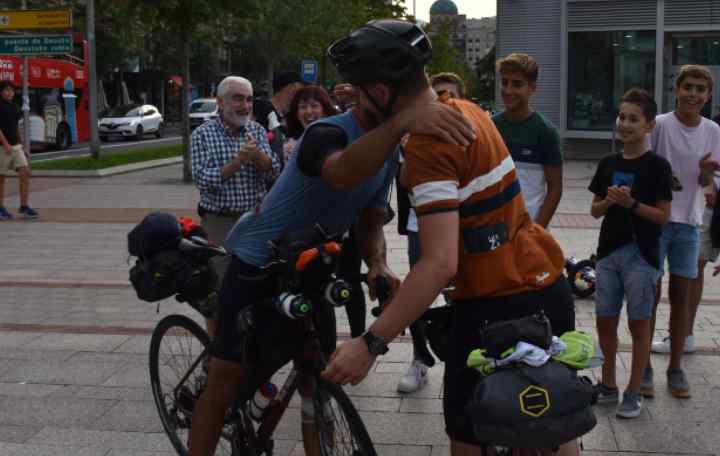 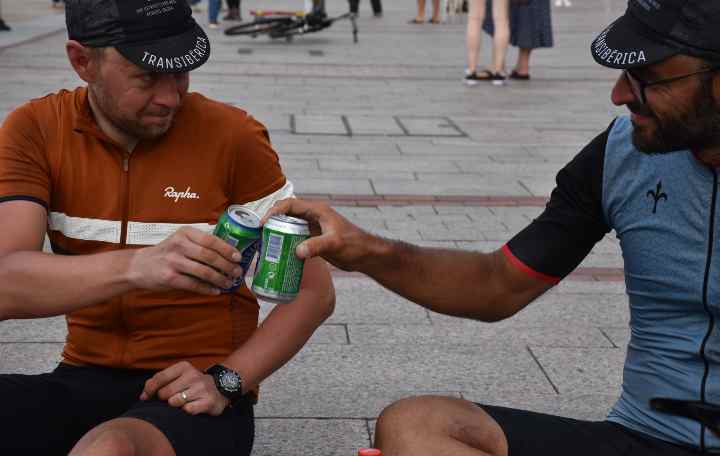 ‘Fun Until the End’

As soon as we saw India Landy and Daniel Loftus’ submission to race as a pair at Transpyrenees, we knew they would be special. We spoke to the 22-year-olds about their goals for the race and it was comforting to hear that they just wanted to have ‘fun until the end’.

They had a very considered plan that would see them complete the 1,000km route and 24,000m of climbing close to the time limit of six days – and as far as we know, they were following it, despite the heatwave on the first day and subsequent storms.

Everything changed the day before the deadline, however. During a heavy windstorm at the top of the Col of Larrau (for many of us, the hardest climb of The Pyrenees!), the sight of overturned caravans forced India and Daniel to take the hard decision to descend back to safety and sleep in the village of Larrau, on the French side. This left just a handful of hours for them to cover the final 200km of the route.

It was a long day for them and for the dotwatchers, following their progress while other riders finished and celebrated at the finish line on the beach at San Sebastián. But it was a great moment to see how all the finishers joined us in willing on India and Daniel’s dots on the screen as the clock counted down.

They arrived after 5 days, 23 hours and 4 minutes. Just 56 minutes before the limit. Reaching the finish so close to the deadline and after such a long day in the saddle made the celebratory beer taste all the better – and they had achieved their goal; fun until (almost) the end.

Veleta peak is a dream for any col-hunter and a cornerstone of our events. The conquest of the sky, via the highest paved climb in Europe at 3,394m. It’s a climb that can’t fail to make an impression on anyone who rides it, enduring hours of agony on their journey to the summit.

I (Carlos) have been lucky enough to climb the mountain four times, from different routes including the gravel road from Capilleira that climbs a for another 15km in spectacular terrain after reaching 3,000m (and features in Badlands).

The huge change in elevation between the base of the climb and the summit make conditions on the mountain unpredictable and unprepared riders can easily be caught out. My ascent during Transibérica 2018 took me five hours, reaching the summit at midnight in 3 degrees Celsius, when at 6.30 pm on the outskirts of Granada, it had been 27 degrees.

During another ascent, following Transibérica 2019, a blizzard suddenly painted the mountain white and the temperature dropped 15 degrees in just a few minutes. At over 2,000m, the climate is considered ‘High Mountain’ and despite the climb’s location in Southern Spain, it can snow practically any day of the year if the weather changes and the conditions are right (or wrong, in my case!)

But it’s this dramatic elevation that gives the climb its magic. Beyond the parking barrier of the ski resort, the climb gets truly epic. You get the open views, with Granada at the foot and the imposing summit always just ahead. You can see the sea in the distance, with Africa visible on clear days (more than 200km away).

This road beyond the ski station is narrower, full of horseshoe curves through a lunar landscape. Above 2,600m, there is still 800m of climbing to go and the altitude has a noticeable effect on you as the oxygen decreases. The lack of oxygen robs you of 20% of your performance as you struggle for another 10km on a slope that doesn’t drop below 8%.

The summit is your reward. A journey and destination that will not leave anyone indifferent. A moment that cannot be forgotten, imprinted on your memory after hours of agony.

I met Javier at the start of Transibérica 2018, and to be honest, he was special from the very first moment. He had this air of “I don’t care about anything” about him. In fact, just a few minutes later he told me “hey, no worries if my dot stops moving tonight. I will start and then go to sleep here at home. I’m going to ride only during the day.”. I respected his approach to safety but wasn’t sure how the tactic would work during a race. He also told me he had never ridden more than 200km in a row and that he would ride without any GPS – only a 1/1.000.000 scale map!

His plan was simple; riding hard during the day and sleeping even harder at night… and it was working well until day 10, in Portugal. That day, his dot stopped at 9 pm and didn’t start moving again. Even worse, the dot was close to a hospital. Just after 10 am, I was really worried, so tried to contact him by phone – but there was no signal. The hours ticked by and his dot was still stopped by the hospital. Out of desperation, I called them. The police. Everyone was looking for Javier around the village, but there was no news about him or an accident. At 1 pm, I sent a new message: “Javier, just say hello or move, man!”.

Finally, around 3 pm, he called me. “Hospital? Oh yes, I saw one in front of my hotel! Oh man, the breakfast was so delicious that I had to test the lunch!”

Yes, Javier finished Transibérica successfully in 15 days, 21 hours, and 6 minutes. Just 3 hours before the deadline. He took last place but had the highest average speed overall by far.

A Race is Born

“Hey, I’ve been riding that amazing area in Granada, the Gorafe Desert. What about a gravel race through the three deserts of Andalucia?”

“Great. And what if we add 40 km along the beach, and an epic finale after climbing the snowfields of Veleta beyond 3,000m?”

We were too crazy to say no… but would it work? How could we link all those areas?

That was the best part – so many kilometres scouting and having fun. Almost everything went smoothly… However, the first time we tried to cross the Veleta pass was in the middle of May. Bad idea! The snow at 3,000m came up to our knees and after 1km of walking, we had to give up.

We couldn’t believe we were hiking through snow after two days of suffering through a heatwave in the Tabernas Desert. But both of us immediately agreed that the hardest part of the race would be the beaches of Cabo de Gata Natural Park. They are so amazing that many of us would just prefer to stay there than keep riding!

Thankfully, we were able to spend the night in a mountain shelter at 3,080m (and congratulations, by the way, to the person that named it “Villavientos Shelter” – the house of the wind!).

Now that we had the final route and a safety date, we just needed a name. Badlands…yes, why not?!

Discover the story behind the world's first aerodynamically optimised bikepacking bags. Packs that make you faster.

Preparing for the Tour Divide

Will Meyer, from Brother Cycles, tells us what inspired him to sign up for the Tour Divide, and what he expects from the journey ahead.