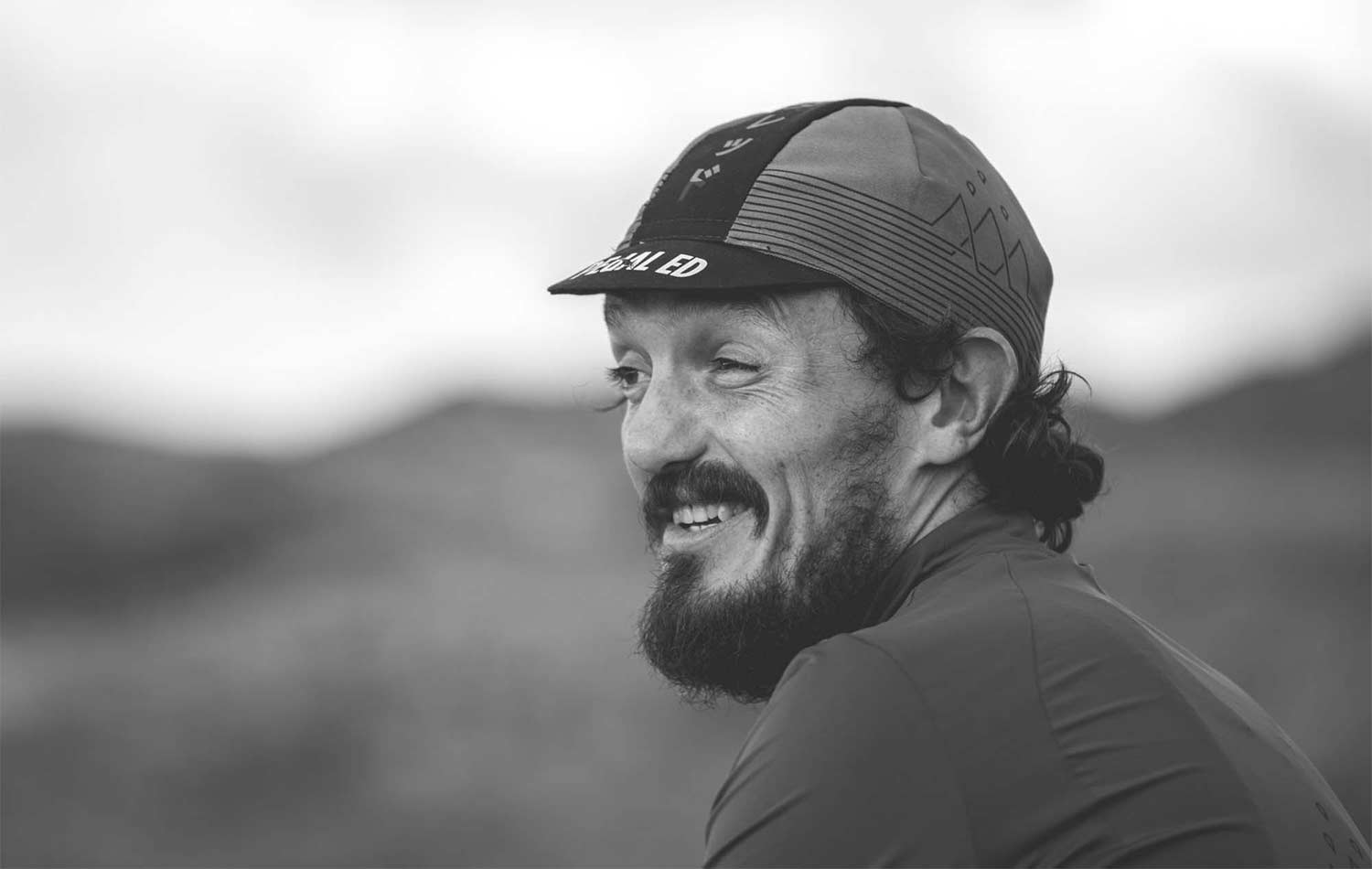 “You look like you’re going to be time-trialling round the world!” wisecracked a passerby in Greenwich, as Mike Hall made the final adjustments to the absurdly small amount of luggage and equipment on which he planned to survive during his attempt to break the Guinness world record for bicycle circumnavigation, as part of the inaugural World Cycle Race.

“I am” replied Hall, and took his place at the start line, among cyclists loaded down with up to 50kg of equipment. 91 days later he rolled back into Greenwich, to celebrate his 31st birthday with a new world record.

It takes a very special person to ride 200 miles a day, and to keep going, through whatever the road can throw at you, for three months. Hall would aim to cover a century by lunchtime and another before bedtime, usually sleeping for just a couple of hours, in whatever bush, bus shelter or public toilet was at hand, before getting back on the bike to ride into the sunrise.

“The winner will be the guy who lives fast, not necessarily the one who rides fast” he announced. Over the 18,000 miles that each competitor would cover, Hall decided that significant time could be made up simply by not hanging about – by drinking his coffee faster, by only stopping to sleep when he was actually in danger of falling off the bike (he reasoned that any time he spent lying around waiting to fall asleep could have been spent cycling), and by making sure that all his daydreaming, highs, lows, panics and crises happened on the bike, rather than by the side of the road.

Hall’s unusually minimalist approach to the World Cycle Race evolved out of his background in bikepacking and off-road racing. He had already completed the Tour Divide with a seat pack only slightly bigger than a football, containing a sleeping bag, a sleeping mat, and an ultra-lightweight tent with an inflatable pole, and realized he could transfer these principles to road cycling, swapping his scant possessions to a carbon cyclo-cross frame and, with a precision borne of his career as an engineer, making sure everything lined up with his body, in order to make the entire set-up as aerodynamic as possible. 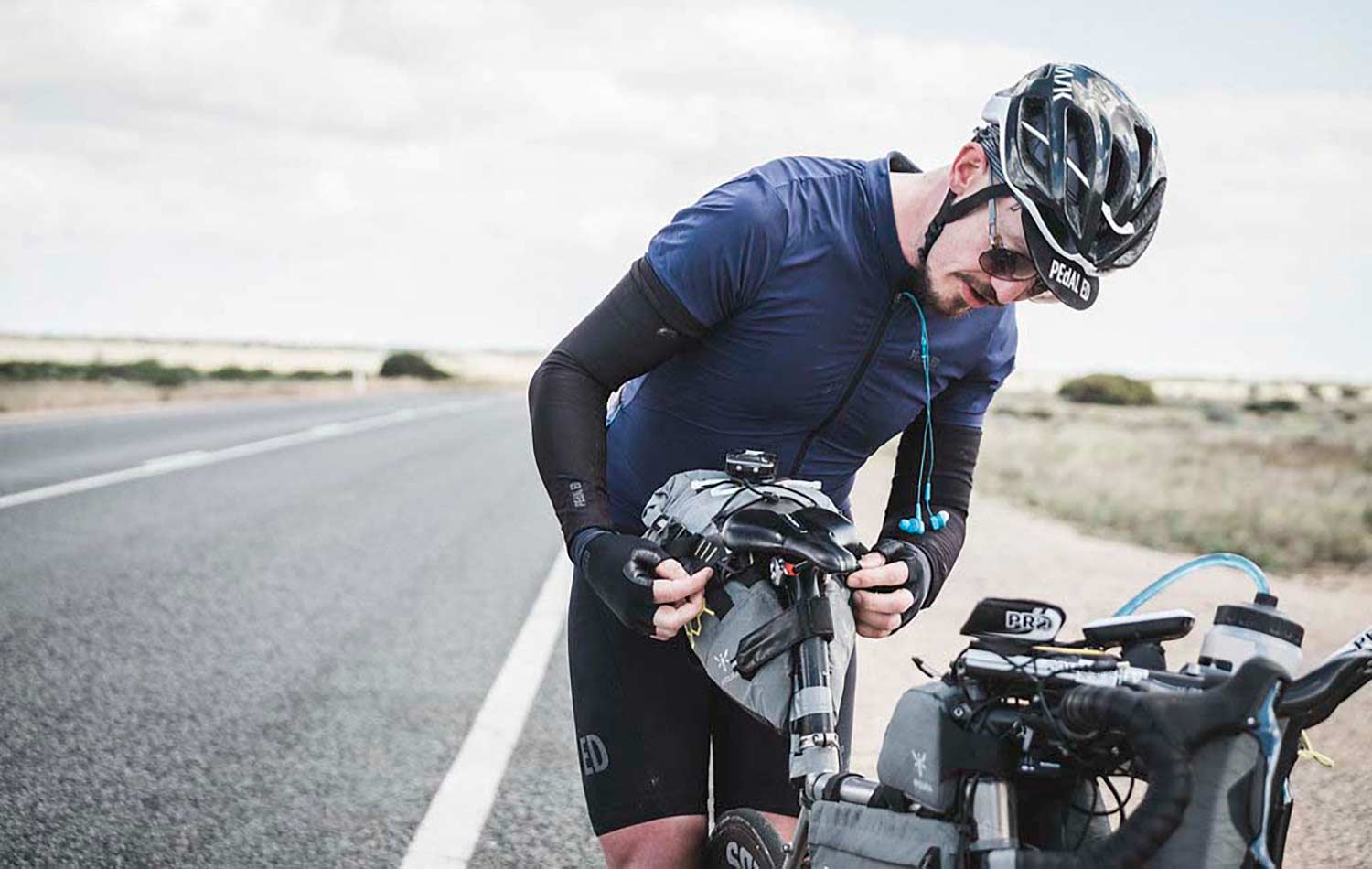 The risks paid off.

I first met Hall when we both spoke at Alastair Humphreys’ Night Of Adventure in 2013. As the speakers assembled, almost all of them rugged young men with chiselled jawlines, I kept waiting for the lycra-clad colossus that was Mike Hall to stroll into the room. Eventually I spotted him, sitting slightly apart from the others. Wearing jeans and a tshirt, and slightly in need of a haircut, he was nothing like the towering champion I had imagined.

It was only talking to him afterwards that I realized Mike Hall’s power lies not only in his thighs (which have since put mine to shame on the rollers, beating me by a very generous margin over 500m), but also in his mind – in his grit, determination and absolute refusal to quit, and in his ability to talk himself round and keep himself going, even through his lowest and darkest moments.

“You’ve always got to tell yourself,” he advised me, “when you’re going through a bad patch – this won’t last.”

He paused, and grinned.

“And when you’re going through a good patch, that won’t last either.” 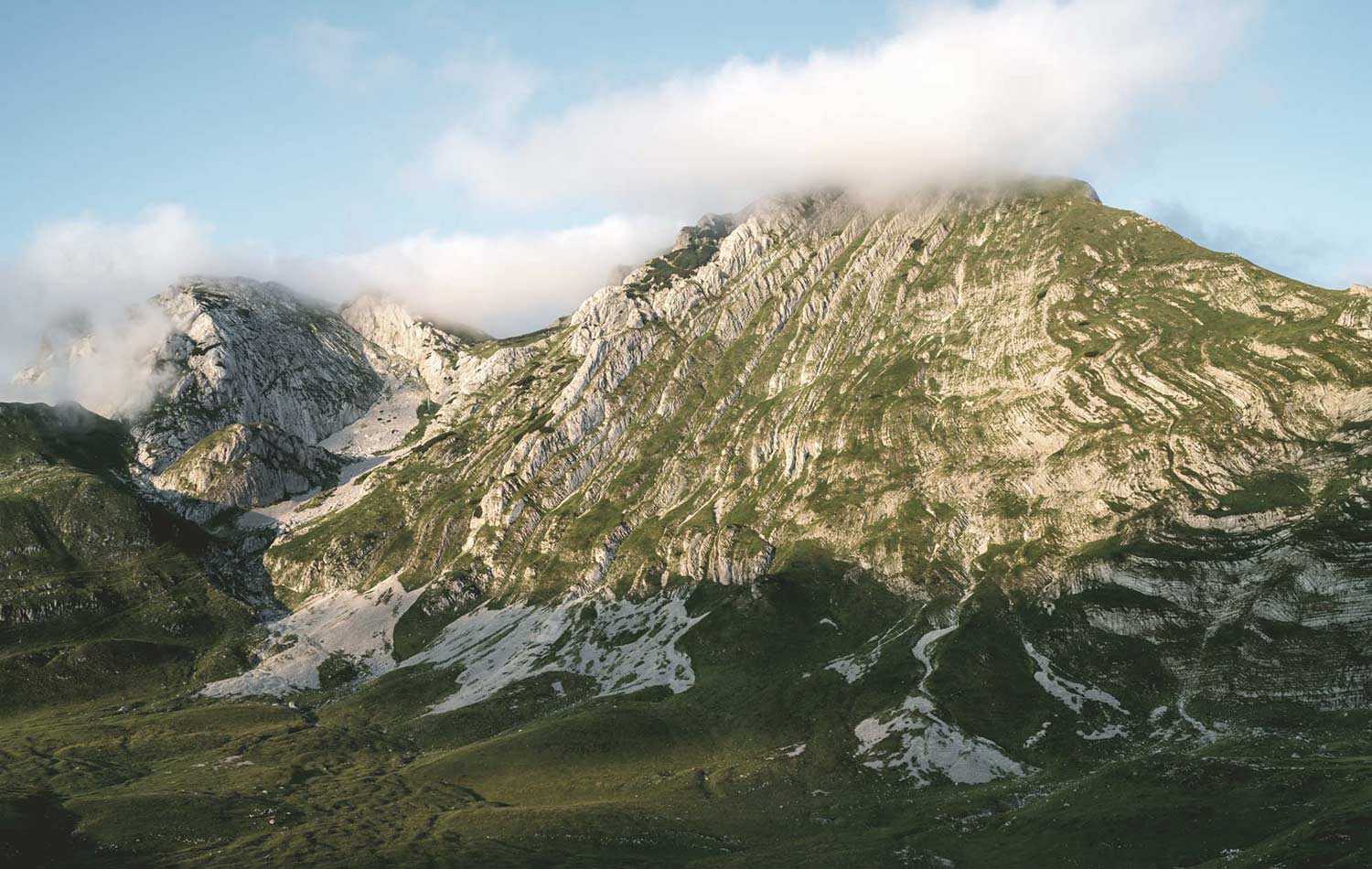 Mike Hall’s achievements as an ultra-endurance cyclist were many:

Above all else, however, Mike was an inspiration to the bikepacking and ultra-endurance community.

On the 31st of March, 2017, Mike was killed after being struck by a car during the inaugural Indian Pacific Wheel Race.

This profile was prepared for Apidura by Emily Chappell and was edited on the 18th of April, 2017 following Mike Hall’s death. Emily is an accomplished courier, adventurer and writer. In 2010 she was named Courier of the Year at the UK National Courier Awards and in 2012 she was named Travel Blogger of the Year at the British Travel Press Awards. Follow more of her adventures on her blog: That Emily Chappell.

Seb Jarrot follows in Hannibal's footsteps and shares three gravel rides in the Haute Maurienne with us.