Neil Phillips, part of the 1st place pair at The Transcontinental Race 2015, looks ahead to TCRNo4 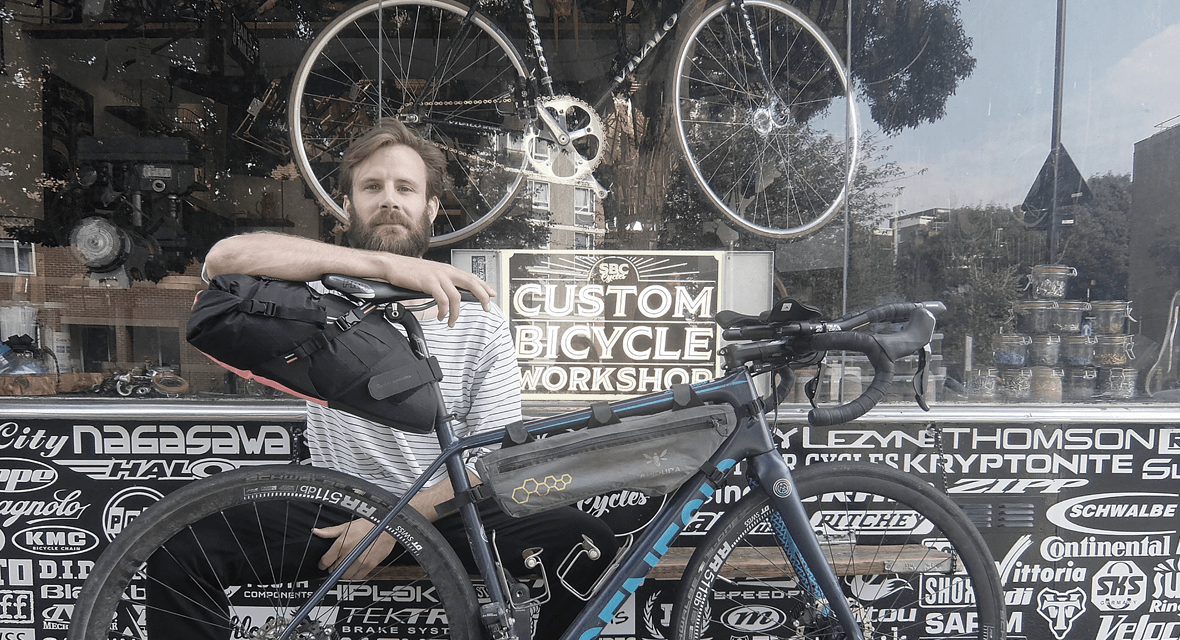 After completing Transcontinental 2015 as part of a duo, Neil Phillips is now deep into his preparations for this year’s race. Following a short trip to the Dolomites with Rapha – which included some big miles and altitude preparation – Apidura caught up with Neil to ask what he thought of his results last year and his expectations for Transcontinental Race no 4.

As a first time competitor last year – and first time participant into anything like the Transcontinental – how did you find the experience?

Well, I’m no stranger to the competitive element of cycling as most of my riding revolves around a full season of road racing, so the big things for me were the travelling and adventure. I had done big rides before, but nothing in terms of touring or regular overnight cycling, so much of my focus was on getting round rather than being competitive.

With that in mind, how did the race unfold?

It was an incredible experience. The first day was hard and long, but the atmosphere around the start was great, which really motivated us to push hard. It was really inspiring to meet fellow Transcontinental racers and chat about the route or cycling in general.

After that first day, though, our attentions became drawn to the first checkpoint, which was an achievement in itself. I felt that just being able to tick off a quarter of the route was a big moment for us.

The main low points were in Italy and Turkey. As we arrived in Italy it was really windy, really flat and really hot. Without much in terms of hills to get us out of the saddle or keep the scenery interesting, much of our time was spent on the aero bars with a stationary upper body. It was mind-numbingly dull, made worse by the headwind and bad driving.

And Turkey? Surely, the end of the route would bring a lot of joy?

Yes and no. We left ourselves 350km for the last day, which seemed reasonable at first. It transpired that it would be 350km of headwind and main roads, with some appalling crosswinds thrown in. At points, I was pedalling downhill just to maintain a speed of 24 kilometres per hour.

The terrible roads only added to the misery and our motivation was probably at its lowest, when it should have at its highest. We even had to deny an offer of a lift from some locals we met at a roadside food stall. They offered to take us to the end of the route in their van, and it was one of the hardest points of the trip to say no, we really need to finish this. The reward of Istanbul, however, was worth the mental and physical pain.

This year the Transcontinental Race follows an entirely new route and you’re entering solo. Have you prepared any differently to last year?

Last year was about the achievement of finishing and seeing if my body could handle the mileage and strain of the race. Considering how positively it went, this year I want to focus on the competition. I’m feeling strong and my racing background gives me a big advantage over some of the other riders in terms of high-end fitness.

My build is suited to the climbs of the Alps, so I can afford a few extra grams of equipment – like extra sleeping layers for high altitude – so I can be flexible with distances and overnight stops. This should set me up well once the race really starts to develop.

Speaking of sleeping, have you made plans for that or are you just taking things as they come?

I’m not a fan of sleeping in the mid-day heat and then cycling all night, despite what some of the Transcontinental Race veterans recommend. I lose concentration in the dark, so it’s better if I just do my best to manage the heat of the day and ride on. Recently, I cycled from Birmingham to London overnight along the canal towpath to try and get used to riding in the dark, but I still think I’m going to focus on covering the miles while the sun is out and getting my sleep during the early hours.

Finally, what do you think sets this year apart from previous Transcontinental Race editions?

I think the number of riders participating has really exploded, and there is a big number of very strong riders who are looking to be competitive. The sharp end of the race will be really interesting from a spectators point of view, although watching a dot on a screen refresh every three minutes doesn’t sound that exciting to people who might not get it. The Transcontinental Race is attracting some big names in the world of ultra-distance – the top 10 will be really closely fought over.

Cheers Neil. We hope you get the result you want!

Check In at Checkpoint 4

The experience of riding a 4,000km race across a continent, captured on a mountain in Bosnia.