One of British Cycling’s greatest ever 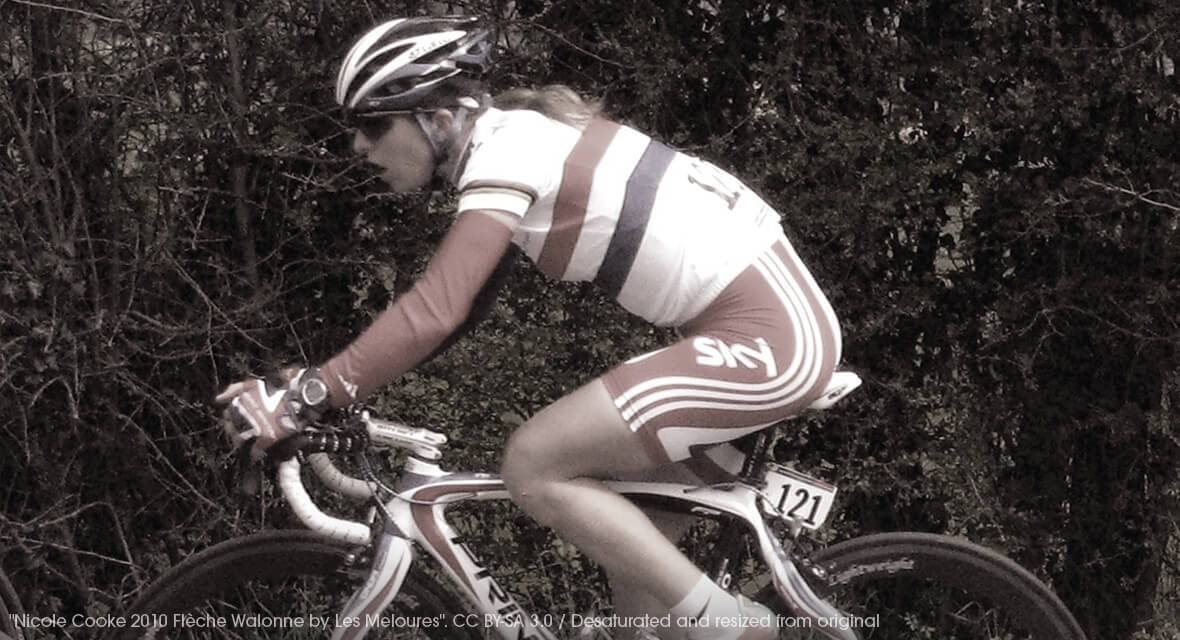 “I am very proud that I have met the temptations head on and have not wavered in my honesty or sold my ideals.”

It was hard to remember, as we watched millions of people lining the roads of Yorkshire and the streets of London to cheer on this summer’s Tour de France, that less than a decade ago few Britons could give a damn about what they considered the obscure European sport of road cycling.

This all changed in 2012, when the charismatic sideburns of Bradley Wiggins mounted the podium on the Champs-Élysées, and was confirmed when Va Va Froome powered his way to victory in 2013. Suddenly the British were very interested in the Tour de France.

This should have happened years earlier of course. As long ago as 2003, a British rider was consistently winning world championships, and in 2006 that same rider won France’s greatest road race by six whole minutes. Why didn’t we hear about this? The race was La Grande Boucle Féminine, the women’s version of the Tour de France, which was eventually discontinued in 2009 owing to lack of sponsorship. The rider was Nicole Cooke, who finally came to the nation’s attention when she soared out of a raincloud to win Britain’s first gold medal at the Beijing Olympics in 2008.

Had Nicole Cooke been a man, she would unquestionably have become a national hero. She was the first cyclist – male or female – to win the Olympic and the World Championship road races in the same year, and she dominated her sport from an early age, winning time trials, mountain bike races and cyclocross titles, as well as the road racing that became her métier.

Unlike showboats such as Victoria Pendleton, Cooke seemed mostly contented to stay out of the limelight, and let her achievements speak for themselves – until 2013, when she announced her retirement with an explosive speech in which she highlighted the failings of professional cycling culture more explicitly than anyone else has to date.

She recounted the early days of her career when, at 19, she was offered “medicines” during her first Grand Tour, to help her live up to the expectations of her team. Cooke refused them, and has spoken out against doping ever since, criticising the lucrative confessional books and films of drugs cheats like Tyler Hamilton and Geneviève Jeanson, which she points out mean that “cheats win on the way up and the way down”, at the expense (financially and professionally) of clean riders like herself.

She has also condemned the enduring sexism of the sport, calling it “a scandal” that there is still no women’s race equivalent to the Tour de France, and describing the way her early career was continually thwarted by the lack of support for young female riders and races in which she was allowed to compete.

Owing to the invisibility of women’s cycle racing over the eleven years of her professional career, Nicole Cooke may have missed the opportunity to inspire as many up-and-coming cyclists as by rights she ought to have. But her landmark retirement speech, and the autobiography she has recently published, will prove a much needed wake-up call, not only to the sexists who still control the UCI and British Cycling, but to the next generation of female cycling champions, for whom her incredible achievements have paved the way.

The Breakaway: My Story, by Nicole Cooke, is published by Simon & Schuster.

Out of Office for The Transcontinental Race

Four Apidura staff are setting up their Out Of Office replies, before setting off for the Transcontinental Race No6.

It’s Not About Being Fast, It’s About Not Being Slow

Covering long distances quickly requires something we call the efficiency mindset; here we look at how to master it.

Emily Chappell; Finding My Happy Place on the Road