Spectacular scenery, rich culture, and amazing weather; Taiwan has it all for a bikepacking adventure 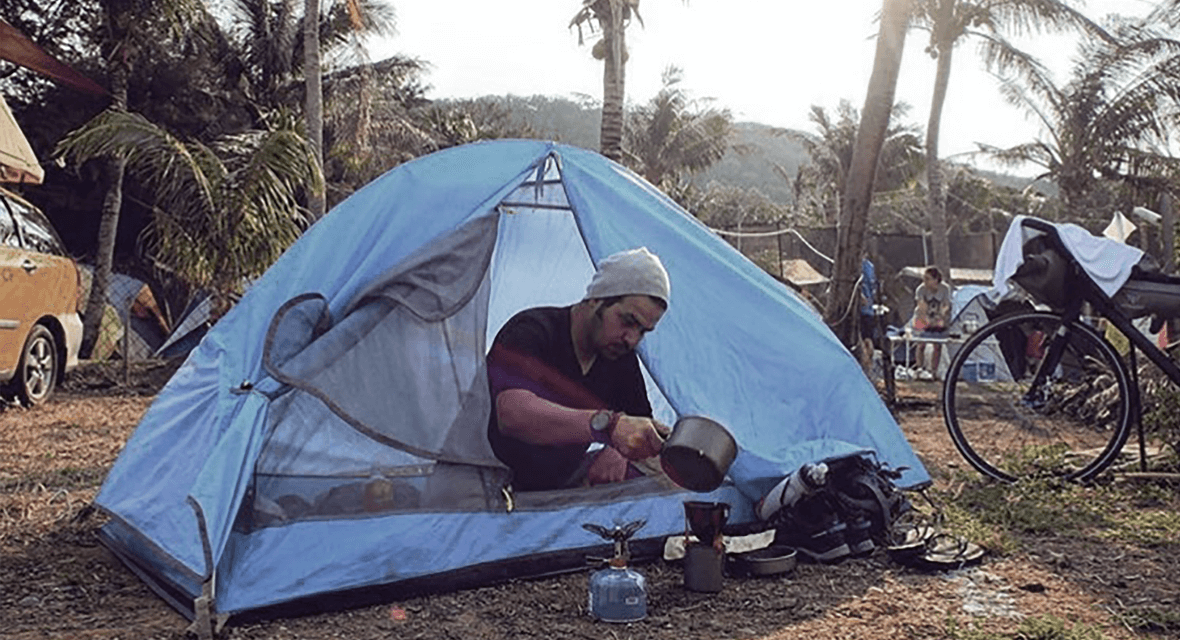 “For me, cycling is freedom…”

Our attention was first drawn to Omar back in September 2015, when he was generating a buzz with his truly nomadic solo escape, pedalling from Casablanca to Istanbul via mainland Europe. His route would see him head up to Tangiers, travel over to Spain and ride on through France, Switzerland, Germany, Austria, Italy, ferry over to Albania and continue through Greece to his eventual destination in Turkey, all with a smile on his face. A smile that he knew you could only get from this kind of freedom.

The Saudi Arabian is magnetised to the outdoors. This is abundantly clear from his Instagram. When his soles aren’t on pedals, they’re in hiking boots, covered in the billowing sands of a secluded desert or on the jagged rocks of canyons, back in his home region. Fast-forward to March 2016, Omar set his cycling sights on the almost secret and culturally rich island of Taiwan. Flying to Taipei, he would start out from the capital, riding anti-clockwise around the island’s coast in a loop concluding back where he started.

Immersed in the culture, Omar spent a night in a temple with Monks in Chiayi City. The provincial city is also close to the mountain of Yushan; Taiwan’s highest peak which, of course, he wanted to climb but was unable to get a permit in time.

Omar would tick off the ancient city of Tainan, visiting the Anping Treehouse while he was there and also Kaohsuing, being taken aback by the iconic Dragon and Tiger Pagodas. While in next stop Kenting, Omar unintentionally formed a multinational team with two other like-minded bikepackers; one from South Korea and the other from China. On their way to Yilan City from Hualien, this trio would eventually become a quartet with a Taiwanese police officer who himself was cycling round the island for the fourth time. Easy to see why…

“The scenery in was spectacular, the weather, the view, everything was different and special.”

Taipei-bound once again, Omar would eventually part ways with his new friends and finish his bikepacking quest, tallying up 948km in his 13 days there. However, fulfilling adventures like this don’t leave you content. Of course, Omar is already planning his next trip – India to China. It’s fair to say he’s got the bikepacking bug, and it’s incurable.

“I bought a bicycle for the sake of riding around my neighbourhood and enjoying my time while I did, but I ended up seeing the world”.

Marc Maurer is cycling around the world - in stages. This film follows his journey through the mountains of Central Asia.