Parallels might be about creating a fun challenge for our community, but with an office full of seasoned bikepackers, it was inevitable that we’d be getting involved ourselves. A recent team discussion about plans and tactics that got a bit animated made it clear that even on a small team, there are some diverse approaches forming. Here, Chris, George and Jonathan talk us through what they’re planning. 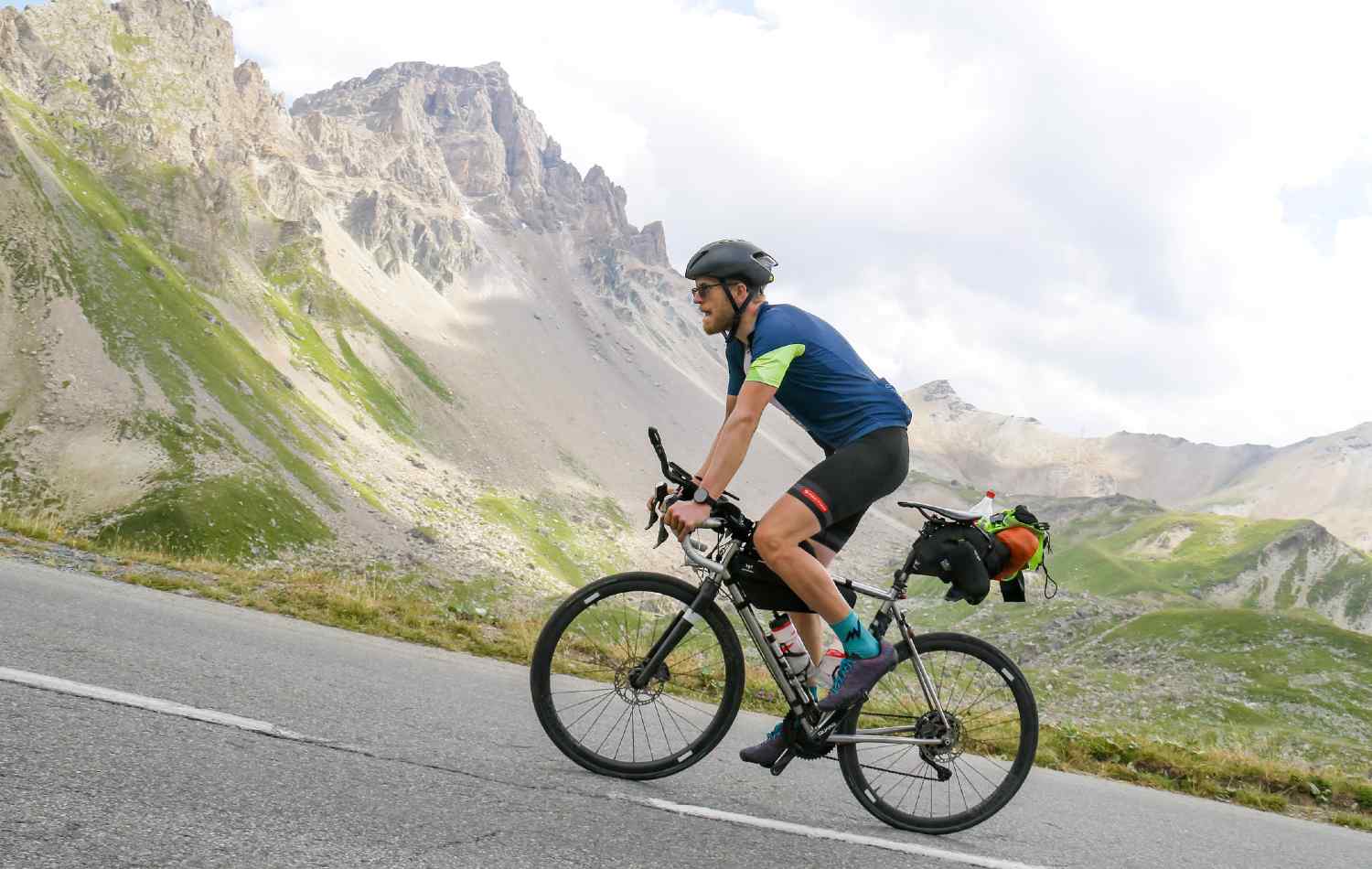 Chris is a long-distance racer with a big diesel engine and a love for long days in the saddle. He came from a time trialling background and is at his best when he’s locked into the aero bars, flying down a flat, fast road. He’s spent plenty of time perfecting his route-building skills to find the quickest route between two points (he literally wrote the book on it!), so unsurprisingly, he’s told us he’s aiming for the longest line possible for Parallels:

“Unlike most ultra races, Parallels can start on my doorstop, so I can use my local knowledge from riding audaxes in every corner of the country to perfect my route. This is an opportunity for me to stitch together the fastest pieces of road I’ve ridden to create the longest straight line possible.

Having grown up in Cambridge, I know that the fens along the East coast are pan flat and that you can ride from the Southern tip of Essex all the way to Lincoln without climbing any higher than the Humber bridge. That’s over 200 miles of flat, “easy” miles (assuming the wind isn’t against you) that I’ve ridden countless times before and know well.

The question is where to aim to finish the ride. I’ve previously ridden from London to Edinburgh in approximately 30 hours, so that would seem a sensible point to aim for… but Scotland’s got stricter COVID-19 measures in place than England and it feels irresponsible to aim to finish a long ride over the border. Instead, I’ll aim for Berwick-Upon-Tweed – the Northernmost town in England. It’s just shy of 500km as the crow flies from my front door.

The area is rural enough that I can find somewhere quiet to roll out my bivvy and catch some sleep before turning back. While the UK will be much more open by late June, I’m keen to minimise my need to interact with anyone and am enjoying the additional challenge of planning to be totally self-sufficient for the round trip. I’m just hoping I can make it back to my home office (/kitchen table) in time for work on Monday!” 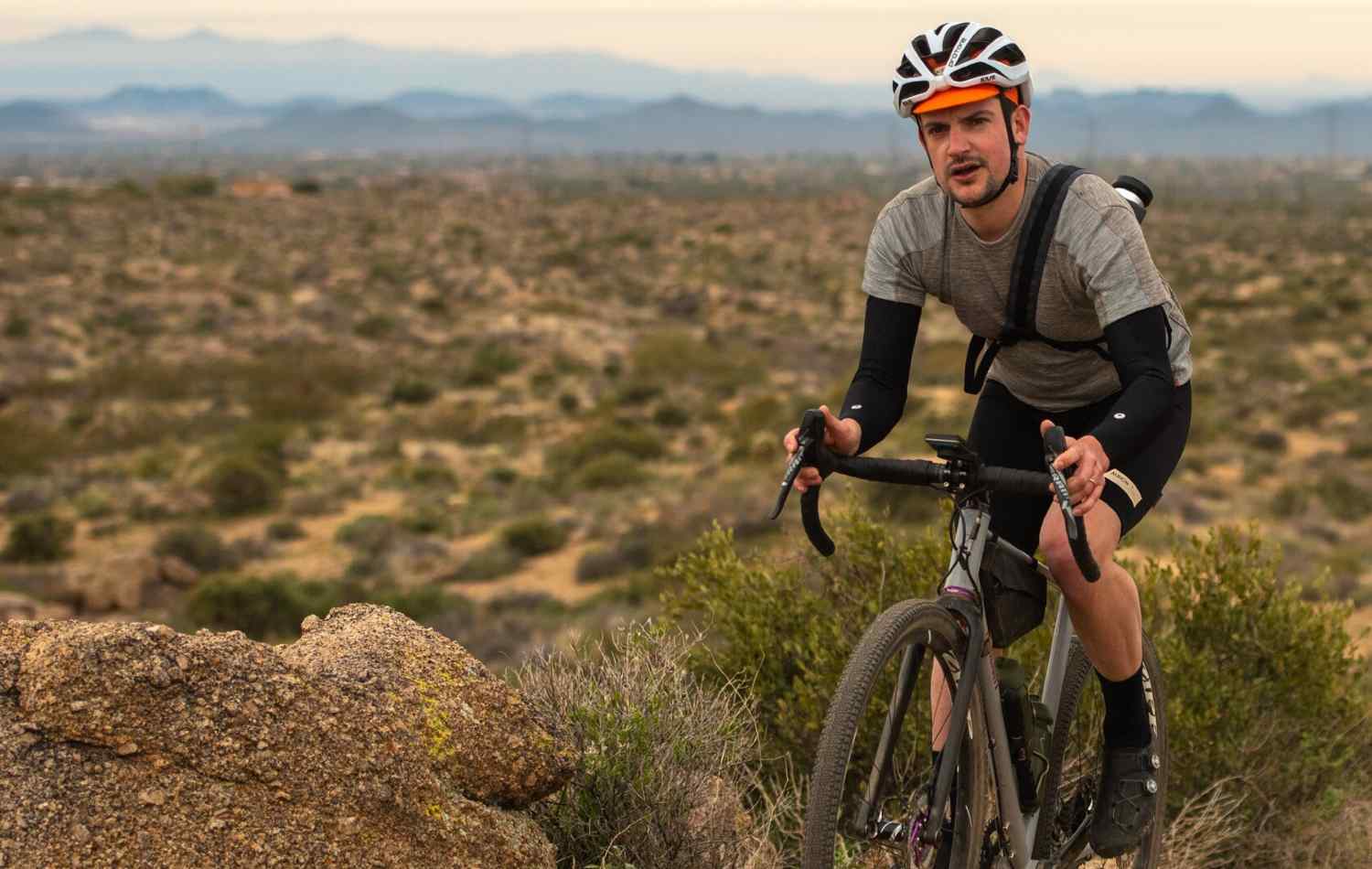 George prefers shorter events, often off-road. He tried aero bars once and decided they weren’t for him; he’ll stick to the knobblies and a bit more type-one fun, thanks! As one of the most creative people in the Apidura family, he’s hatching a plan to go out on a series of shorter rides over 24 hours to create a more interesting mark on the map. With most UK pubs and coffee shops still closed, he’ll be stretching the limit of what self-support means by refuelling and resting at home.

“At first the idea of riding for 24 hours without the support of bakeries, coffee shops and pubs (mostly still closed here in the UK) filled me with dread, so my first plan was to come up with some kind excuse for why I couldn’t ride this year. But much like a chef unwilling to eat their own food, my lack of commitment to my own event idea seemed to be making those around me nervous, so I reluctantly fired up my route planner and got to work.

The first part of my plan is to keep off as many roads as possible. I like road bikes but I don’t think tarmac is enough fun to ride all day and I don’t think cars make good riding buddies, especially for sleepy cyclists. The extra bonus to this approach is it’s also going to give me a sneaky excuse to be much slower than my colleagues without having to accept that they are much fitter than me.

The second part of the plan is to recreate the typical 24hr mountain bike race format and do a series of laps, but rather than make each lap the same I’ve chosen a series of points to loop out to. Filling bottles, packs and batteries at home isn’t really in-line with self-supported racing ethos but given what we are living through I’m happy to stay out of the way of shops and services this year.

Having looked at a few ideas for where to ride to I stumbled across a website listing the highest points in each GB county, referred to County Tops. Living at the point where three counties meet meant I could tick off quite a few County Tops without needing to travel very far, ensuring I could choose trails, bridleways and other paths to get to each one and back. The end result is going to hopefully look like a poorly balanced spider – maybe missing a few legs…” 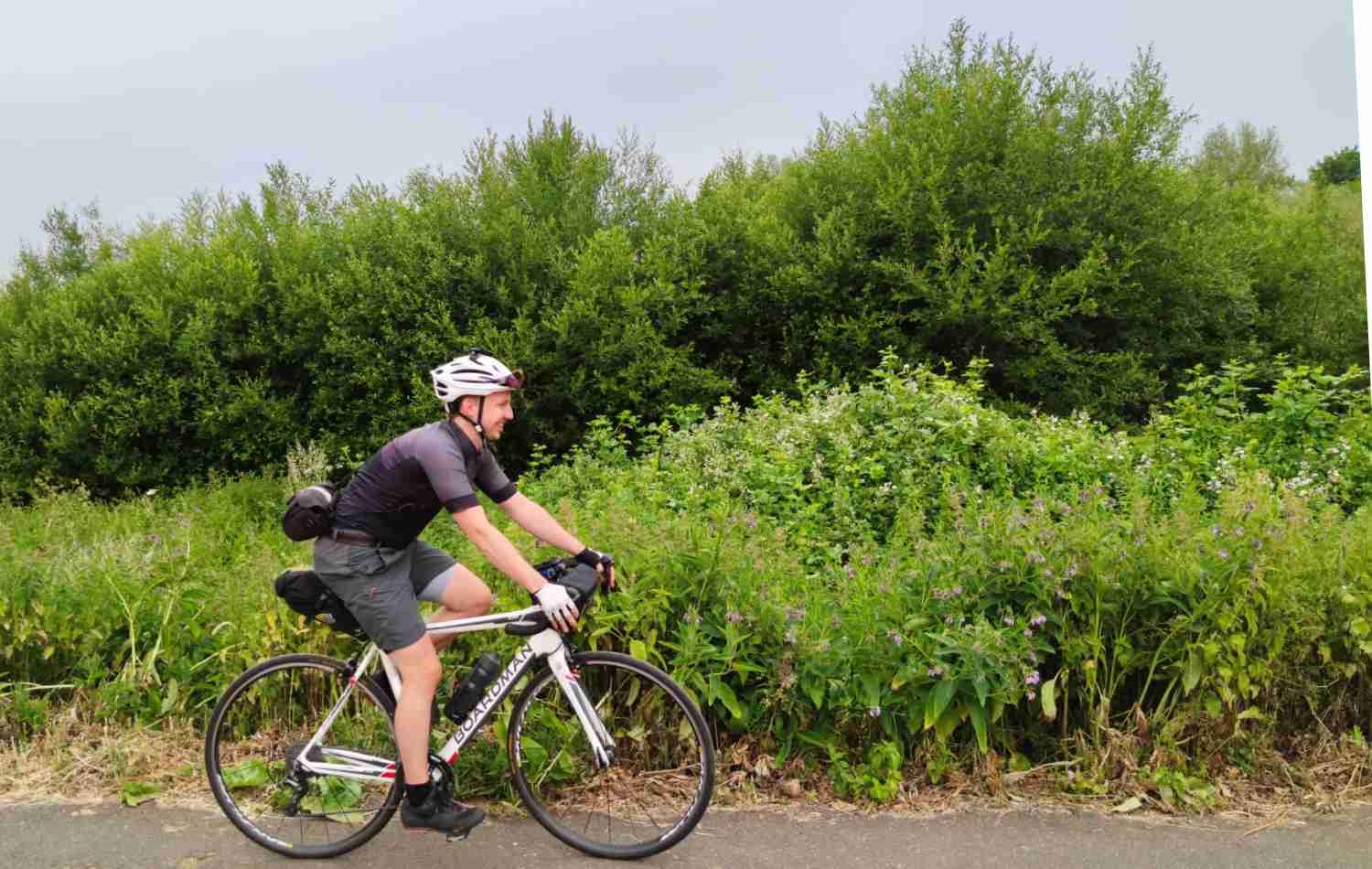 Jonathan’s already ridden around the world. He’s got nothing to prove and would rather use Parallels as an excuse to do some exploring than having to think about the logistics for getting home from some far-flung part of England. A recent trip to Greenwich has inspired his approach to Parallels:

“In day-to-day life, I couldn’t care less about the coordinates of my location. Yet for some reason, when I am on a bike, I am suddenly fascinated by them. I love tracing the longitude and latitude of where I ride; they remind me that I am slowly moving around the world even when I’m not travelling far.

There’s a map on the wall in my bedroom with the UK placed right in the centre. It has time-zones marked across it, with GMT as 0. Unlike the equator, there is no obvious place to mark the ‘zero point’ for longitude, but for a long time, the prime meridian has been based on Greenwich Meridian. It just so happens that I live very close to this invisible line. If I cycle 15 minutes from my house I’ll go from a negative longitude to positive.

I recently discovered a website that lists all the meridian marks. Being the biased Londoner that I am, I’d always associated the meridian with Greenwich, but to my surprise, I’ve found there are hundreds of markers listed all the way across the UK, down through France and Spain. There are even a handful in Western Africa.

For Parallels, I’m going to ride South from where the prime meridian crosses the River Thames, and visit as many markers as possible between London and Brighton. There’s around 50! In an ideal world, I’d have a beer on the beach before catching the train home. Thanks to a certain virus, it’s more likely that I’ll be turning around and cycling home after having eaten a packed lunch. I won’t be winning any prizes for straight-line distance, but I’ll still end up with a 200km+ ride – which is plenty of exercise for me!”

We’re all excited to see what you’ve got planned over the summer solstice weekend, whether you’re a diesel, a creative or an explorer. We’ll be taking a closer look at the rides after they’re all uploaded and will be telling some of the more interesting stories behind the lines – will yours be one of them?

We take an in-depth look at the kit Joe Rass-Court used for fastpacking around Colombia.

Ultra-Racing: A Day in the Life

We discover the eclectic mix of experiences that constitute a day in the life of an ultra-distance bike racer at the TransAtlantic Way.