Racing bikes for very long distances can take your mind to some remote places. And as we find out in this profile, Jill Homer has explored many of them. 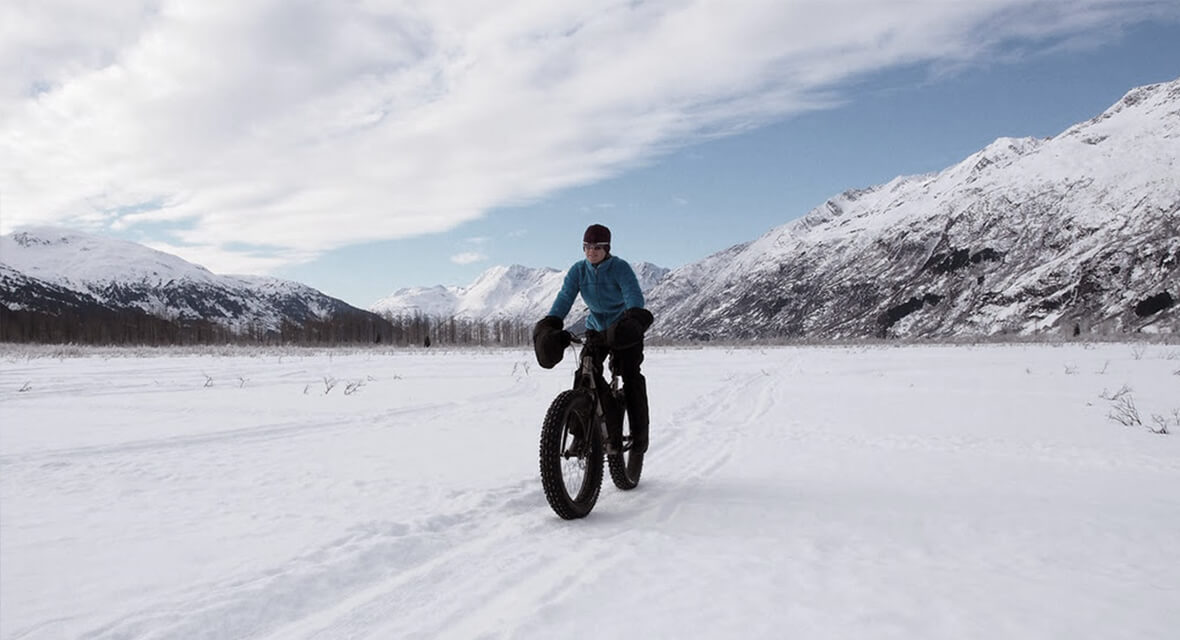 Let’s skip over Jill Homer’s bike-borne achievements. Because, really, completing the notorious Iditarod Invitational (once on a bike; once on foot), setting a new women’s record in the Tour Divide, competing in the TransRockies and the Stagecoach 400 and countless other long-distance races, and then branching off into ultra-distance offroad running – none of this sets her apart as much as her writing, and the insights she offers into the mentality of the long-distance racer, which few people will ever experience, and even fewer will be able to put into words.

Homer grew up as a “shy Mormon girl” in the suburbs of Salt Lake City, and it was only when she moved to Juneau, Alaska, that she fell in love with snowbiking, completing the Susitna 100 during her first winter. “I still find it humorous that my first race ever was a gruelling 25-hour slog”, she remarks, before explaining how her growing endorphin addiction led her to ever greater and more harrowing lengths.

After Iditarod in 2008, she went on to destroy the women’s record for the Tour Divide in 2009. Her published account of this toughest of races – Be Brave, Be Strong – is remarkable for her lucid and intimate descriptions of the links that develop between the mind of the long-distance racer and her experiences of the trail, how each affects the other, and how ultimately, they cannot be extricated.

Riding long distances with little outside contact gives you a lot of thinking time, and if you’ve spent several consecutive days in the saddle you’ll know of the long and meandering trains of thought that roll through your mind as your bike rolls along the road; the occasional vicious loops of pain and self-blame, when every pedal stroke reminds you of the folly and futility of what you’ve undertaken; the wide open spaces that open up inside your head, echoing the vast landscape all around you. But you’ll also remember the erasure that happens every night, where exhaustion wipes the contents from your brain as surely as a sponge on a blackboard, making the ride little more than a dream, or another world that you temporarily slip into, and cannot regain once you’ve left it.

What’s amazing about Jill Homer is that she manages to remember and recount the psychological minutiae of the long-distance race – the moments of irrational fury, grinding despair and transcendent joy that most racers will dimly recall, but be unable to explain, or describe to the uninitiated.

“There’s a cliché in endurance sports that if you don’t already get it, you’re probably never going to get it”, she remarks. The problem being, perhaps, that endurance racers share the same experiences, but struggle to put them into words, and so feel they can only fully be understood by others who have suffered across the same scorching deserts and frozen mountain passes.

Homer captures this sense of distance from the ‘real world’ as she talks of her utter absorption in the Tour Divide maps. “I could tell you the name of every stream we cross, every valley we pass through, exactly how far it is to the next notable cattle guard, but I have no idea where we are in relation to the rest of the world” she muses in Be Brave, Be Strong. Further down the road, an impromptu host is amazed to discover that she has no idea of Michael Jackson’s recent death, which at that point was dominating all news media. Homer listens, but finds it difficult to care. Just as, when you’re following a line through traffic or between boulders, anything but the direct obstacles disappears into a blur, out on the Tour Divide riders lose interest in anything not immediately relevant to their progress and survival.

It’s another world – a place, both mental and physical, that few of us will ever be able to access for ourselves. But, thanks to the writings of Jill Homer, we now have a good idea of its geography.