Race to the Rock; Remembering the Overlanders

Apidura Ambassador and chief instigator of the Race to the Rock, Jesse Carlsson, might have created one of the toughest bike races on the planet. But, as we discover when speaking with Jesse here, its difficulty is owed to an adventurous group of riders who first pedalled across the Australian Outback 130 years ago; the early Overlanders.

‘If you’re going to put on a race and invite people from all around the world to race it, you owe it to them to make it a special adventure,’ says Jesse Carlsson, founder and chief instigator of the Race to the Rock, a 3,000km ultra-distance bike race staged in the wilds of the Australian Outback.

The race has been going since 2016, and with just a handful of competitors having ever made it to the start line, let alone the finish, it has developed a reputation as one of the toughest bike races on the planet. Apidura Ambassador Sarah Hammond was the only finisher of the inaugural race in 2016, and after coming home first in both 2017 and 2018, remains the race’s only ever winner.

The start of the Race to the Rock changes every year, but the finish line is always the same: Uluru, Northern Territory, Australia.

The start of the Race to the Rock changes every year, but the finish line is always the same: Uluru, Northern Territory, Australia.

The route, while never the same twice between years, is consistently difficult. Stretches between towns often run into the hundreds of kilometres, while the climate between start and finish locations can vary between blistering heat and wintry cold. But for Jesse, that’s exactly the appeal, and it’s an appeal that has long run in the DNA of Outback adventurers.

‘The route is absolutely critical,’ Jesse explains of the race [speaking in 2017]. ‘Every kilometre is planned. I always have a particular adventure in mind for the riders, and part of this is taking into account exactly how they’ll be feeling at each point along the route. It’s like a rollercoaster, designed to take the rider on a psychological journey.’

A psychological rollercoaster, but with peaks and troughs that are engineered by factors of a very physical nature: the barren wastelands, sandy deserts, roads of dirt and quagmire, remote fueling stations and isolated settlements of the Australian bush. Each, gradually and cumulatively, begins to take effect on the brain.

Francis Birtles, prior to a 1905 crossing of the Outback from Fremantle to Melbourne. 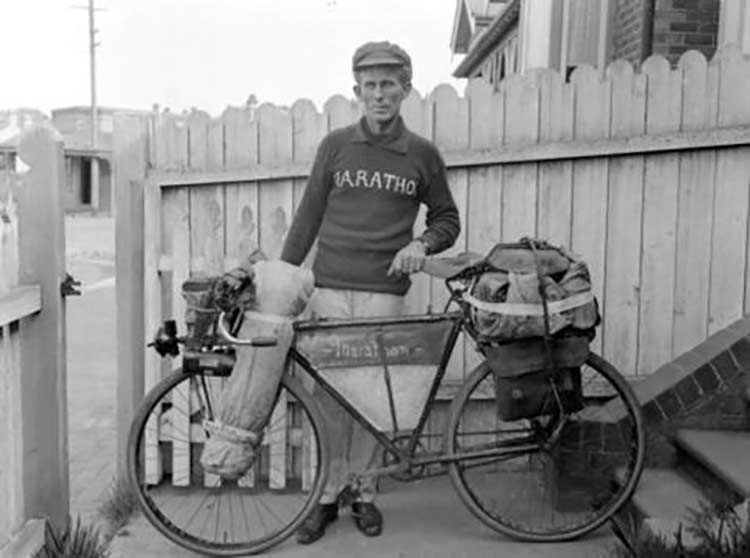 Francis Birtles, prior to a 1905 crossing of the Outback from Fremantle to Melbourne. 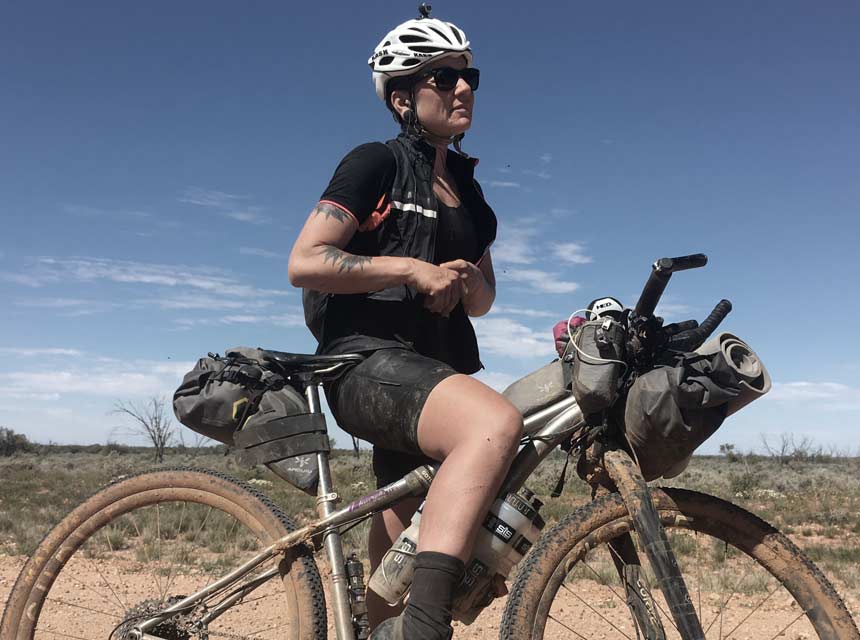 For Jesse, central to the route of the Race to the Rock is that it draws upon narratives that have been set by long-distance cyclists of a bygone era. While at times it may only follow a rough line in the sand, or a hopelessly deserted and forgotten stretch of gravel, whether it is known to the riders that travel along it or not, there is often a significance to its inclusion. Most of this significance comes from a group of early adventurers known as the overlanders.

‘The early overlanders were tough, courageous young Australians, fueled by an excitement for adventure,’ Jesse explains of the pioneering cyclists whose routes have dictated those of the present day Race to the Rock. They were long-distance cyclists of the late 19th and early 20th centuries, who – at a time when bicycles were far from the polished specimens of today, and most adventures were born out of necessity – set bravely out into the bush.

‘These people crossed Australia by bike at a time when there were no established roads, no reliable maps, no known towns or water sources, and no technology,’ says Jesse. ‘Their exploits were extraordinary.’

The most tangible way that Jesse has tipped his casquette to the overlanders is through the most important aspect of any of his races; the route, and so it is no coincidence that the Race to the Rock shares a very traceable lineage to the routes of those pioneers to whom the race owes its existence.

‘This year’s Race to the Rock route will come close to sections of Francis Birtles’ attempt to cross the Great Victoria Desert in the summer of 1907,’ explains Jesse. ‘There is a particular passage from his post-ride report that is worth citing: “The last journey I got out 140 miles, and had to turn back and travel another 100 before I got water. One cannot get any sleep at night, because of the ants. They get in your ears and nostrils, and bite all over. The flies are very troublesome in the day too. The sand-hills are heavy going. Even going downhill, I had to push the bike. And the spinifex penetrated both boots and putties. It’s horrible stuff. Some rock-holes I came across are filled in with dead rabbits. A viler-looking sight I have never seen. Picture a deep, basin-shaped hole, filled with scores of putrid carcases, fly-blown and festering: around it a few dead dingoes. Not very nice, when one expects to get water from them.”‘ 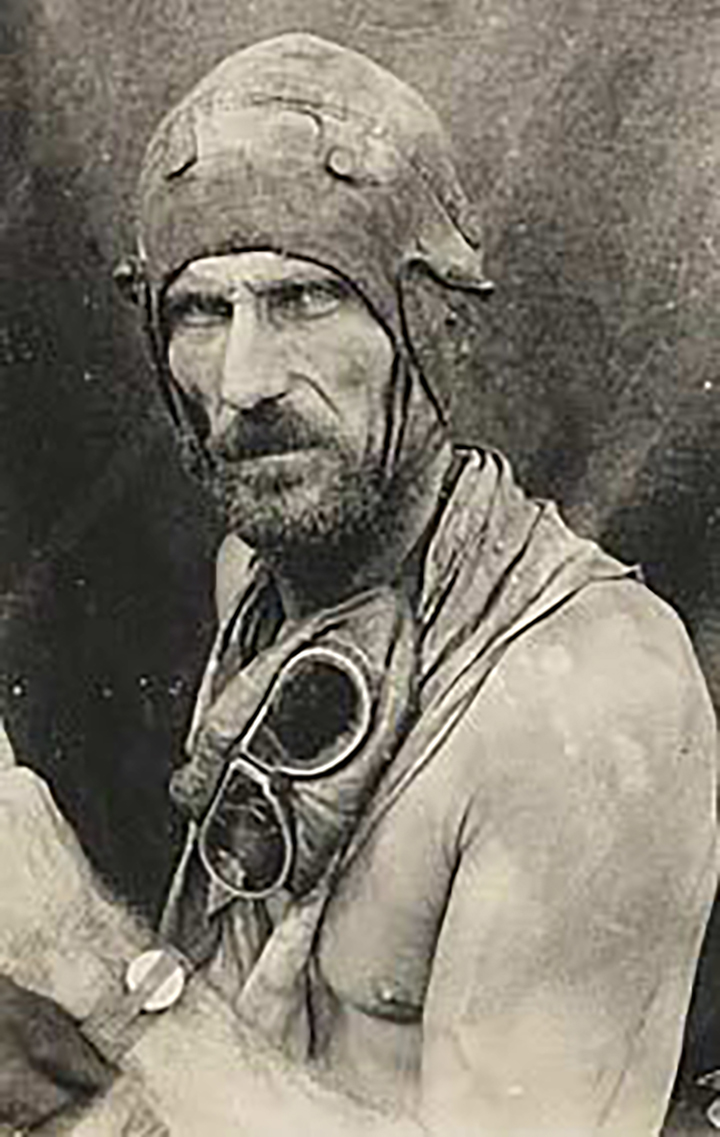 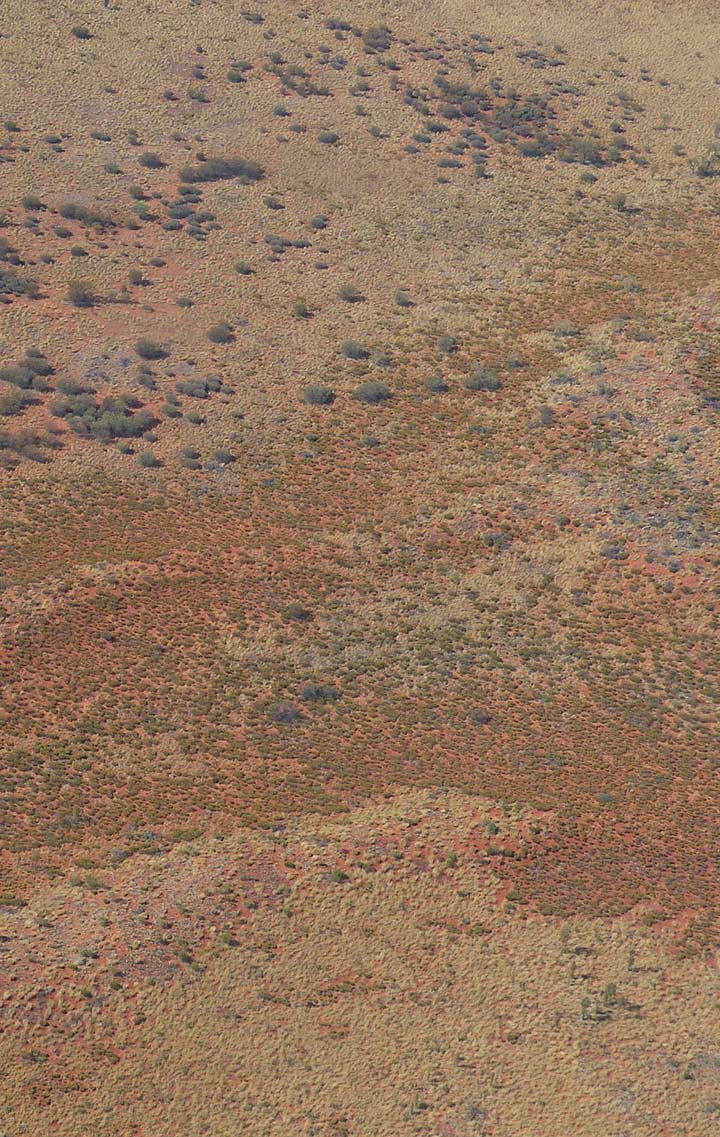 The inhospitable Outback from above.

The inhospitable Outback from above.

‘This year’s Race to the Rock route also passes through the northernmost section of Western Australia’s goldfields, which in the 1890’s was home to the most highly paid bike couriers in history,’ continues Jesse, acknowledging another group of early overlanders that have influenced the race route. ‘Before telegraph lines were installed, the bike was the fastest and most reliable way to get messages and mail across the vast distances between mining settlements in the outback. Bicycles didn’t need fuel, water or rest, and across the unforgiving Australian continent, they were simply faster and more reliable than a horse, which was the existing means of transport. High value messages needed to be transferred with urgency, and bike couriers scored big rewards – up to AUD$3,500 in today’s money – for delivering them. Riders would load up with mail, and very little else, before blasting into the desert.

‘They’d take a chance on finding a trucker or wayfarer for food, water or blankets, rather than carry these items – and therefore less mail. Sometimes they went weeks without seeing another person, but they usually carried guns and had the bushcraft skills to hunt their own food if it came down to it. Of course, the trails they rode were rough dirt tracks that turned to glue in the rain, but the mail had to get through, so these guys rode day and night on their fixed wheel bikes to get the job done.’

‘The riders in the Race to the Rock have it embarrassingly easy compared to the original overlanders,’ says Jesse. ‘We have communications, reliable maps, known water sources, reliable equipment, and at least some passing traffic that could be flagged down in the case of an emergency. The early overlanders had none of this, but in putting on events like the Indian Pacific Wheel Race and Race to the Rock, we try to honour those who started this discipline of ultra-endurance and help people learn about the fascinating history of the overlanders.’

But despite modern day Race to the Rock competitors having it ‘embarrassingly easy’ in comparison, there is no doubt that the challenge for them remains one of the toughest in ultra-endurance bike racing. And, crucially for Jesse – as well as the soul of the Race to the Rock – their efforts will continue to pay tribute to those pioneering adventurers who made the first two-wheeled tracks through the dust and sand so long ago.

We explore the similarities between modern day ultra-distance racing and the very first editions of the Tour de France.