After being bitten by the self-supported bikepacking race bug at the Dales Divide, our own Ali Macleod decided to ditch his traditional Summer Solstice plans for something a little more demanding as part of Parallels 2021. Read on to find out how he got on following the meridian line with our colleague Jonathan.

In the past, as the Summer Solstice has approached, I’ve usually felt a strange mixture of emotions: a brimming excitement as summer comes to a climax, and a kind of seasonal melancholy that the days will soon be shortening. A sense of opportunity that, if not seized, will be wasted.

So each year, I mark the occasion with a gentle cycle, pedalling towards the west of England with vague ambitions to reach one of Britain’s sacred ceremonial sites – either Stonehenge or Avebury always seem fitting for a solstice celebration. Often it is my favourite weekend of the year. Beating the birdsong and setting off before dawn, pausing in the midday heat, and winding along scenic lanes, chasing long shadows into the evening light. But this year I decided to do things differently.

For the first edition of Parallels, my colleague Jonathan chose to link London and Brighton by visiting as many meridian markers as possible. For this year’s event I joined him in ‘part b’ of the challenge, following the meridian line from Grimsby (home to the most northern mainland marker without a significant detour around the Humber River) back to London. It was a chance to experience cycling through new areas of the country: the gentle gradients of the Lincolnshire Wolds and the marshland flats of the Fens. We rode adjacent to the grassy banks of the county’s drainage waterways, cutting through field after field of cabbage, pushed along by a north easterly tailwind. 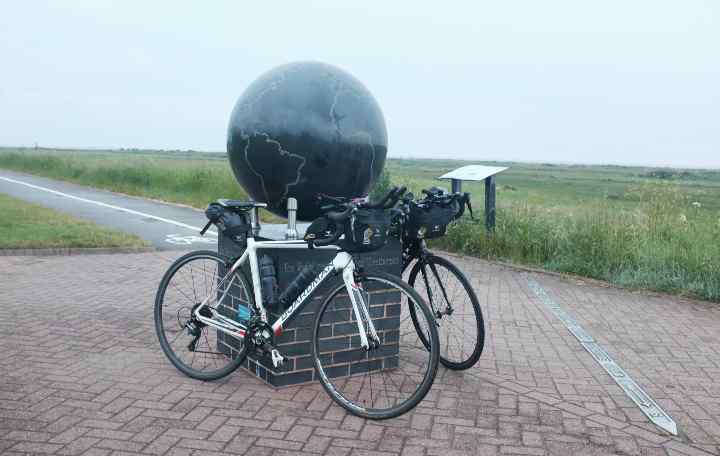 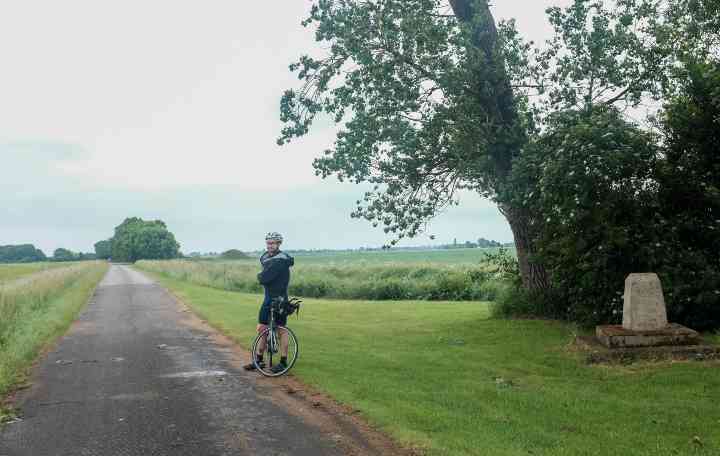 Unlike my usual Solstice ride, at just shy of 300km this year would be a great opportunity to relive the experience of riding an ultra event, only without having to wake up and do it all over again the following day like I’d had to at the Dales Divide (my first and most recent experience of an ultra event). Another opportunity to grow accustomed to long rides that start early, rolling out of our accommodation as Saturday night’s drinkers stumble back in, and arriving home to a fading sun.

On the Dales Divide, I started by riding away from the finish, riding 300km through remote parts of Britain before turning around and doing it all again. But by setting out for London from Grimsby, with the knowledge that I was riding ‘a to b’, there was something comforting about every kilometre of progress being one closer to my front door. At the end of the day, there would be a warm bed rather than a damp bivvy. There would be plenty of familiar moments along the way though: satisfaction at the 100km point, dread at 200km, and survival snacks from the local off-license for the final stretch. 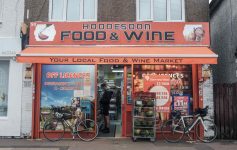 Our route had the added logistical challenge of stopping to find the prime meridian markers. Some were obvious – outside the seaside town of Cleethorpes sits a two-tonne granite globe and a steel pavement inscription marks the longitudinal line that travels around the world from north to south. Others were more subtle – we found ourselves searching pavements and hedgerows for a variety of objects: plaques, plinths, and wooden posts. Each one a marker of reassurance that we had not strayed too far from our coordinates. This type of routing – trying to find specific points with an efficiency that meant unnecessary kilometres were not added – felt true to an audax style event, and the origins of ultra distance self-supported racing.

Our route plotting made for an incredibly direct cycle. The inaugural Parallels event had seen the Apidura community produce some impressive and creative lines on the global map; our addition was in keeping with the ‘as the crow flies’ challenge, stretching down the UK with almost no deviation from the meridian line. With route planning at the front of my mind, I was distracted throughout the day, scanning the landscape for different ideas. I mentally plotted future rides, focused on latitudinal lines, using the roads across our route symmetrically distanced and perfectly parallel to one another. 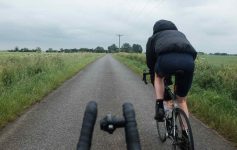 Before setting off, I had questioned my decision to substitute a relaxed Solstice journey for something more intimidating. Instead of staying up into the early hours and counting down the hours to sunrise, I woke up at an unsociable hour and tallied up a series of inconspicuous markers. But hunting them down for little to zero reward felt true to the nature of self-supported ultra distance racing, where there are no prizes and minimal recognition for quite extraordinary accomplishments. Each marker was a timely reminder to enjoy the process rather than crave the end result, and in the end, I felt exactly how I’d hoped to. This year, by experiencing the Solstice through the unusual medium of an ultra event, I had seen the day start and finish, utilising the hours of light to ride my bike in new places and with a distinctly new purpose.

Apidura ambassador Jenny Tough speaks to The Gravel Ride Podcast about bikepacking and the spirit of adventure.

We chat to Detour competition winner James Robertson about the parallels between photography and adventuring by bike.