Rupert Guinness, author of Overlander, explores the similarities between modern day ultra-distance racing and the very first editions of the Tour de France. As examples of long-distance, self-supported competition, he discovers that while they might be a century apart in time, the two are timelessly linked in spirit.

Jesse Carlsson is alone, somewhere amid the vastness of the Australian Outback. He’s riding hard into a fierce head wind, in the latter stages of the 2017 Race to the Rock, a 3,031 km self-supported off-road race from Albany, Western Australia, to Uluru, in the centre of the land Down Under.

“There was nowhere to hide on that road,” explains Jesse, rekindling memories from one of ultra-cycling’s toughest races, in an edition that he would go on to finish third in. “It was sometimes too rocky to ride on, so you’d need to ride in the sandy verge. Holding 10 kilometres per hour in the wind required a huge effort. I could have stopped and waited for the winds to settle, but I’d have been waiting a couple of days. Then a gust hit me from the side, scooping me up and dumping me on the rocky surface. I picked myself up, put my back to the wind, dug the rocks and sand out of my body and bike, then pushed on to try and make it to the next resupply store before it closed.” 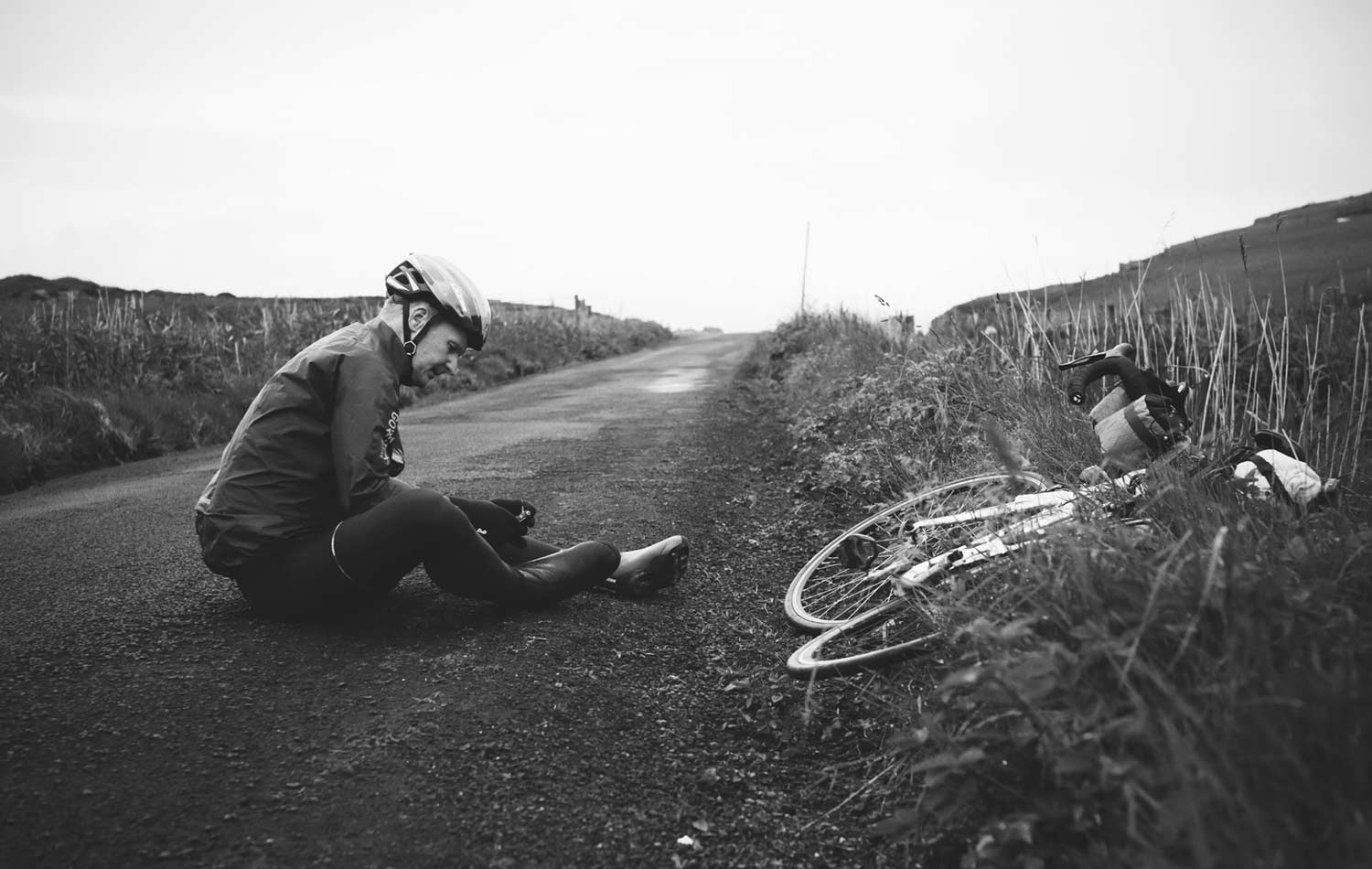 Jesse’s dramatic tale is in response to being asked what the hardest moment that he has experienced in a bikepacking race is – and there are few with more experience than he. The Australian won the 2015 Trans Am race and was second in the 2013 Tour Divide. He is also the chief instigator of both the Race to the Rock and the Indian Pacific Wheel Race, co-owner of Curve Cycles, and an Apidura Ambassador.

“Bikepacking can be a real test of patience,” Jesse says in casual summation of the challenges of ultra-racing. “But it takes me back to my very first memories of riding a bike, when it represented freedom.”

And it’s this raw, unfiltered experience of riding and racing bicycles that has captured the hearts, bodies, and minds of both riders and spectators since the very dawn of cycling itself. 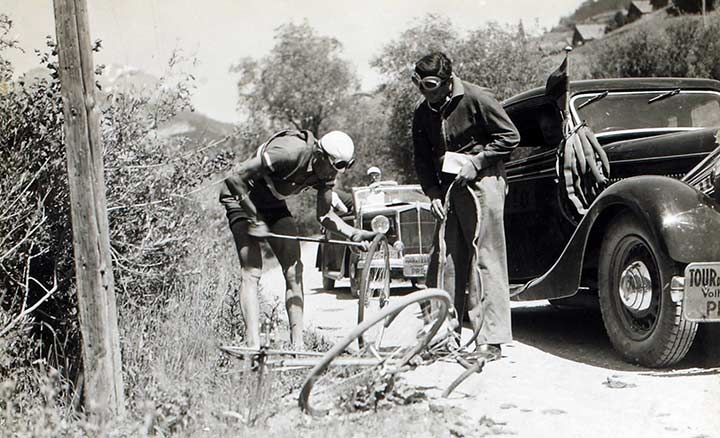 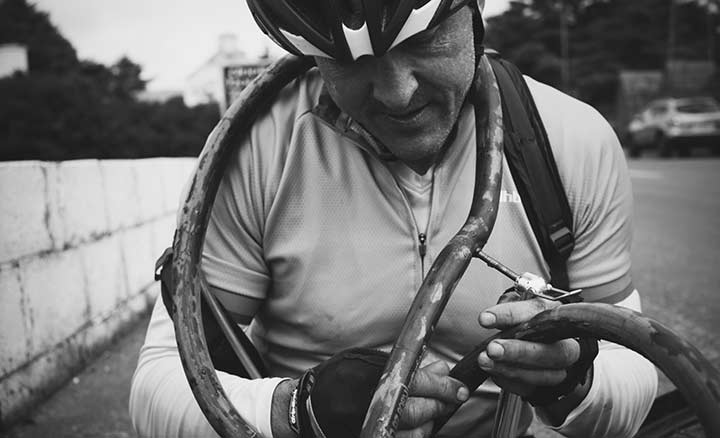 Cycling’s biggest event, the Tour de France, was first held in 1903 in order to promote the French newspaper L’Auto. It showcased itself as a raw test of individual resolve and self-reliance, much more akin to bikepacking races such as TheTrancontinental, TransAm, or Indie-Pac, than the team-oriented, high-tech world of pro cycling today.

That inaugural 1903 Tour attracted 60 entrants, of which just 21 finished. It was 2,428km, broken into six stages averaging over 400km each, and took riders from Paris to Marseille and back, through a rich variety of terrain, climate, and environment. Riders would start before dawn and ride through day and night, spending 19 hours or more in the saddle at a time to complete the required distances. Much like today’s bikepacking racers, early Tour riders could not accept any third-party support either. Being self-supported was as important as reaching the finish line. 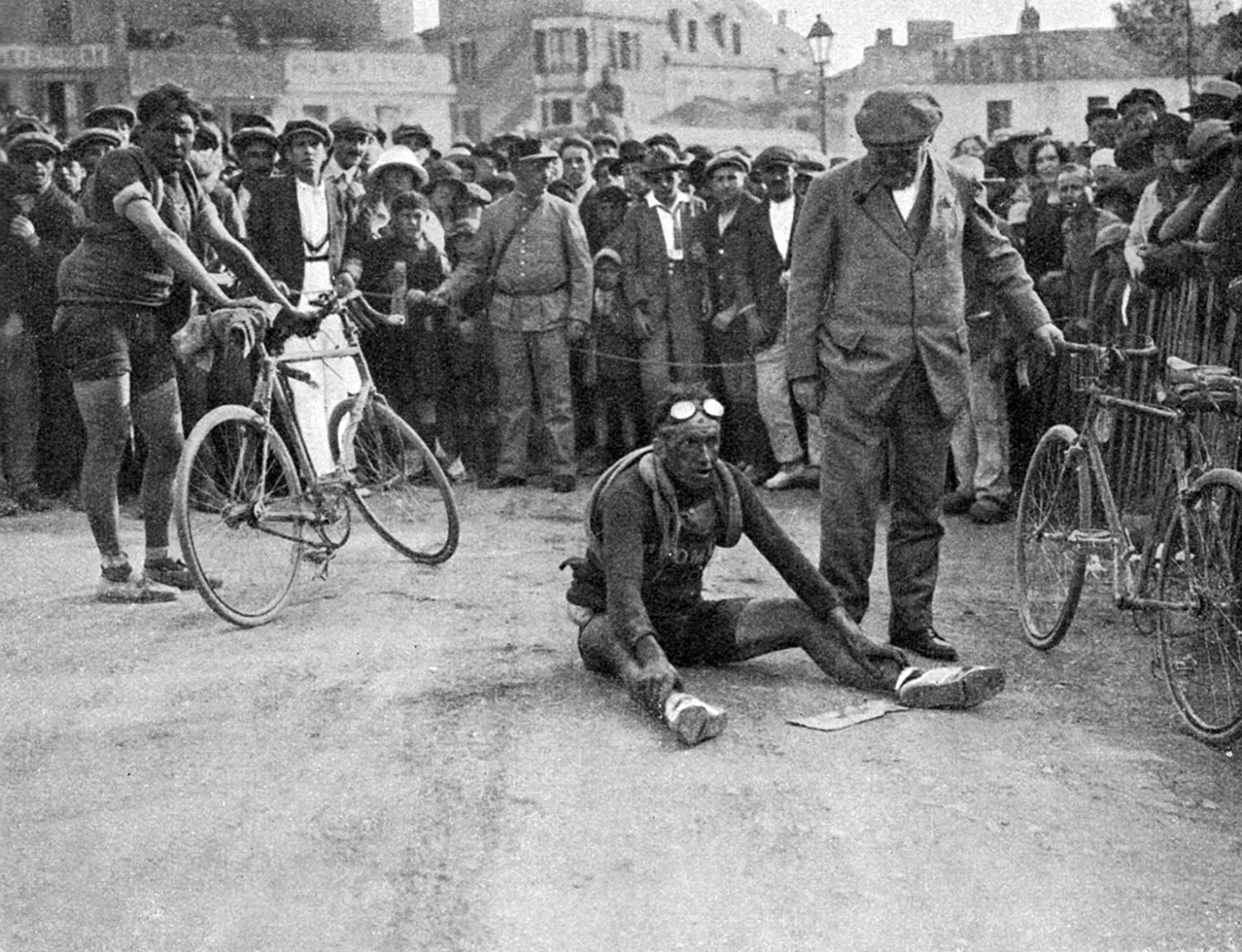 “The early Tours were very similar to the bike packing races of today, especially in the Touriste Routier (Tourist of the Road) category,” explains Jesse, referring to a classification of amateur riders made up of bike shop owners, policemen, bricklayers, teachers and other tradesmen. They could not make any demands on race organisers, and had to fend for themselves for food, washing, accommodation, and mechanical repairs, carrying all they would need with them. In the 1928 Tour, the conditions for Routiers were so hard that only 11 of the 121 who started reached the finish in Paris. But they were normal, relatable people, in the midst of an adventure that had captured an entire nation, and it was this that made the race so revered in the hearts of the French public. The protagonists were members of the public themselves.

“Back then, venturing outside of your home town was rare, and the participants were embarking on a serious adventure. They were keen cyclists, looking for an escape from the daily grind; ordinary people doing extraordinary things. There are a lot of similarities with current bikepacking events,” Jesse says.

In the same way that riders’ social media updates and GPS navigation provide glimpses into the action of today’s ultra-races, so too did the telegrams, daily newspaper reports, and images of dirty, broken riders provide snippets of the pioneering events of the early 20th century. There are a few anecdotes, draped in legend and mystery, that make it out into the public realm, but the reality is that for every edition of one such race, there are myriad tales of adventure, mishap, hardship and euphoria that will only ever be known to the riders themselves. That’s what makes it so appealing and addictive, for riders and spectators alike. 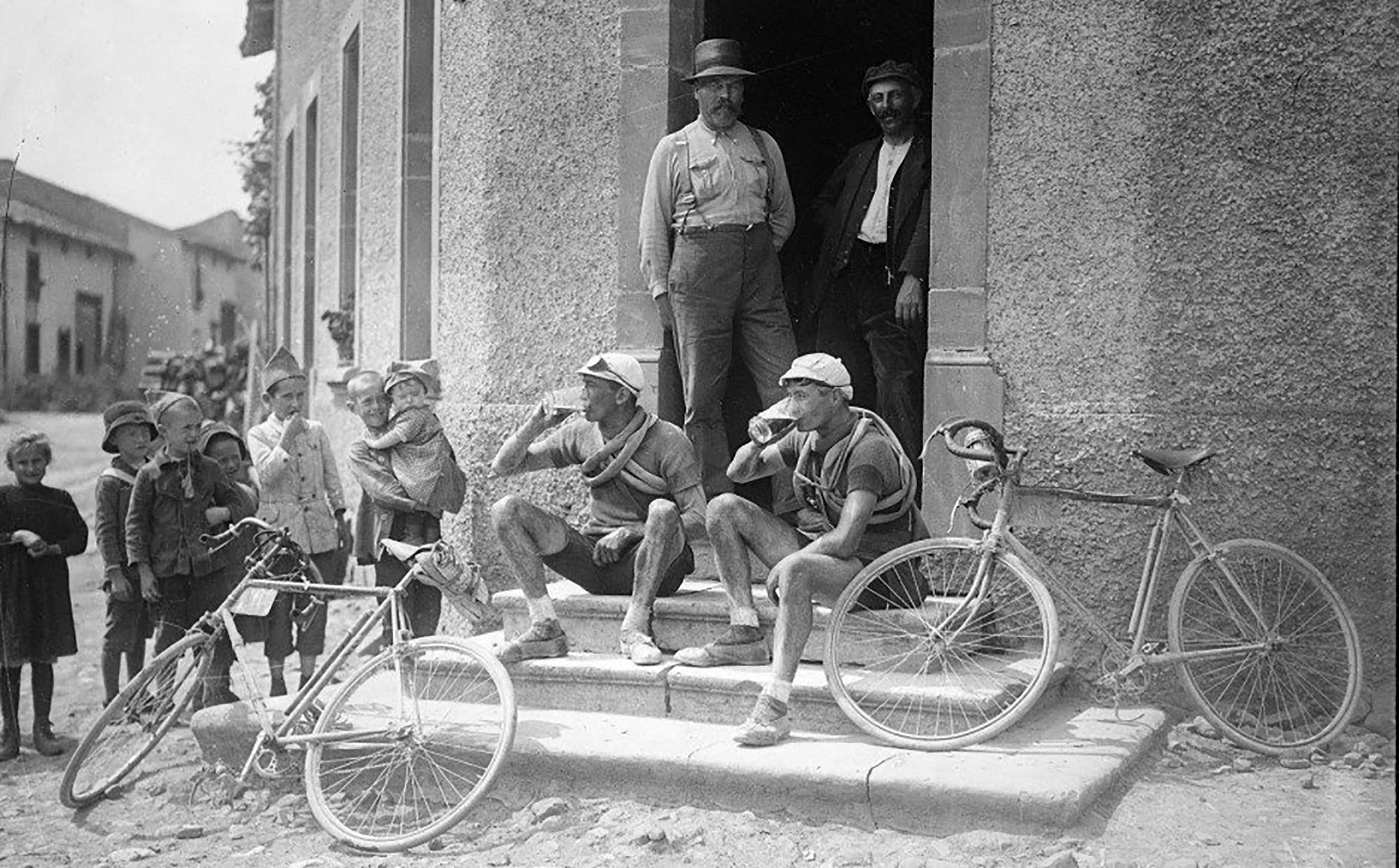 One famous example is that of Frenchman Eugène Christophe, a locksmith who, during the 1913 Tour, was in second place overall as the race reached the Pyrénees.

Christophe attacked soon after the 3am start, and quickly gained an advantage. He stopped at the summit of the Col du Tourmalet to turn his wheel around for a bigger gear, and on the descent milked a lead of 18 minutes. However, once in the valley below he found he’d lost the ability to steer, and realised his front forks were broken.

“All the riders I had dropped during the climb soon caught me up. I was weeping with anger,” Christophe said at the time. “With my bike on my shoulder, I walked more than ten kilometres.” 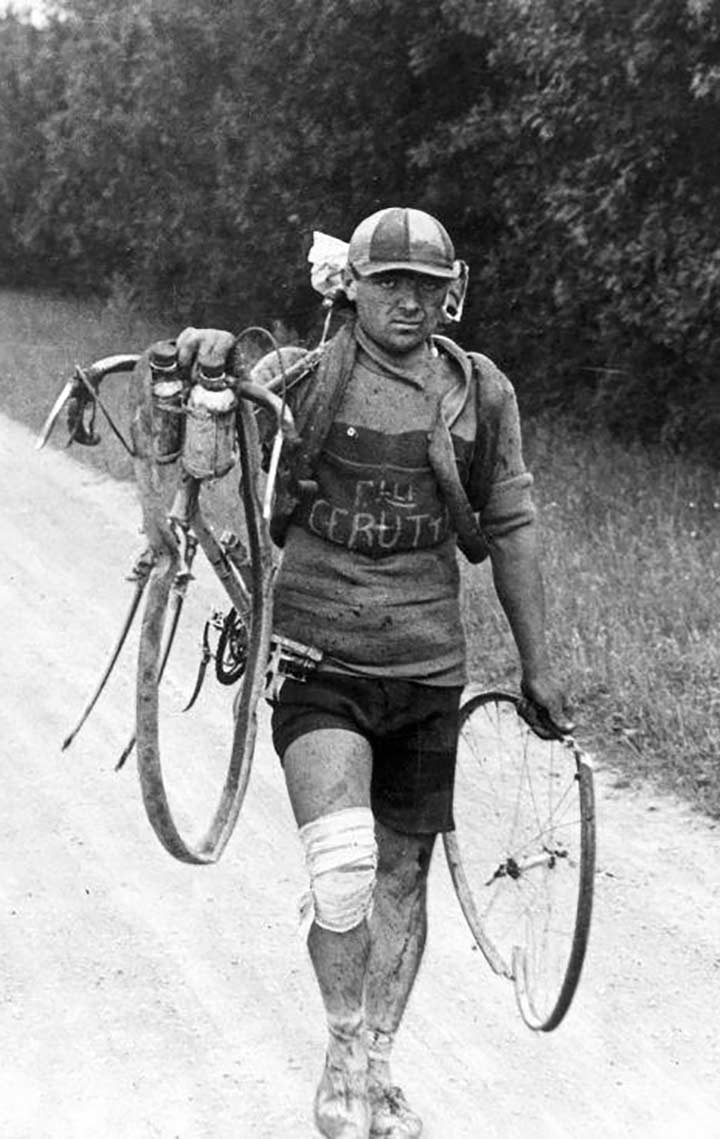 Cue images from this year’s Transcontinental Race, with pre-race favourite Bjorn Lenhard being forced to walk up the climb to Checkpoint 3 at Karkonosze, Poland, having slashed his tubeless tyre, and the forlorn image of Christophe can be drawn into sharp retrospective focus.

Christophe reached a village after two hours of walking, where a girl directed him to a blacksmith willing to forge the forks. With outside help not allowed, he undertook the repairs himself, while the blacksmith provided instructions; a procedure that took three hours. In 2018, Bjorn too would find himself taking instructions from a local hotel janitor on how to get a dated air compressor he’d found in a shed to re-seat his replacement tyre to the rim.

Christophe the locksmith finished the 1913 Tour in seventh place overall, while Bjorn, an engineer by day, would go on to finish third at the 2018 Transcontinental Race: Over a century apart in time, but timelessly linked in spirit. 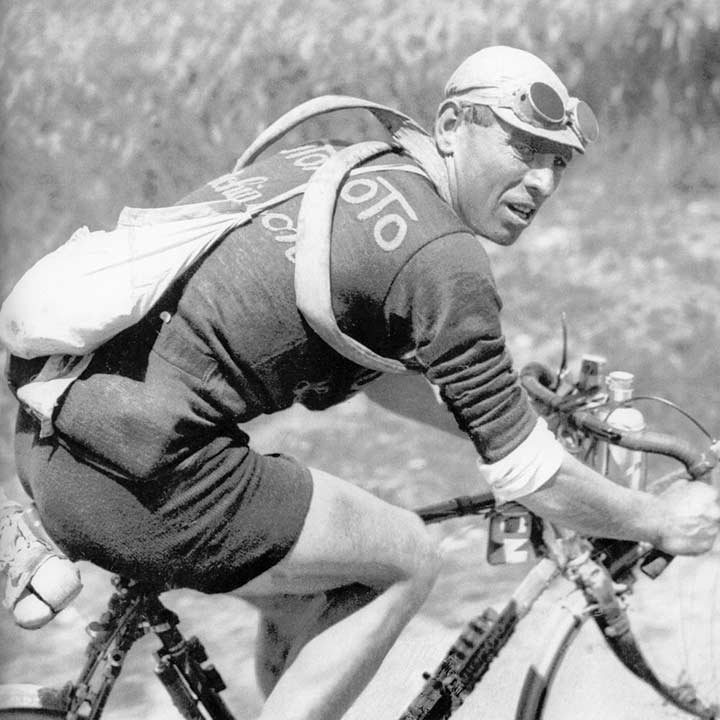 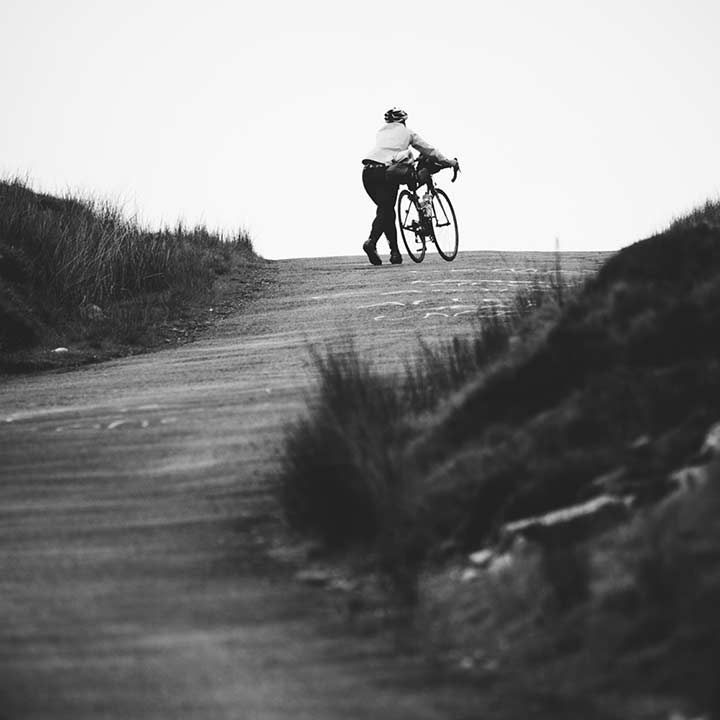 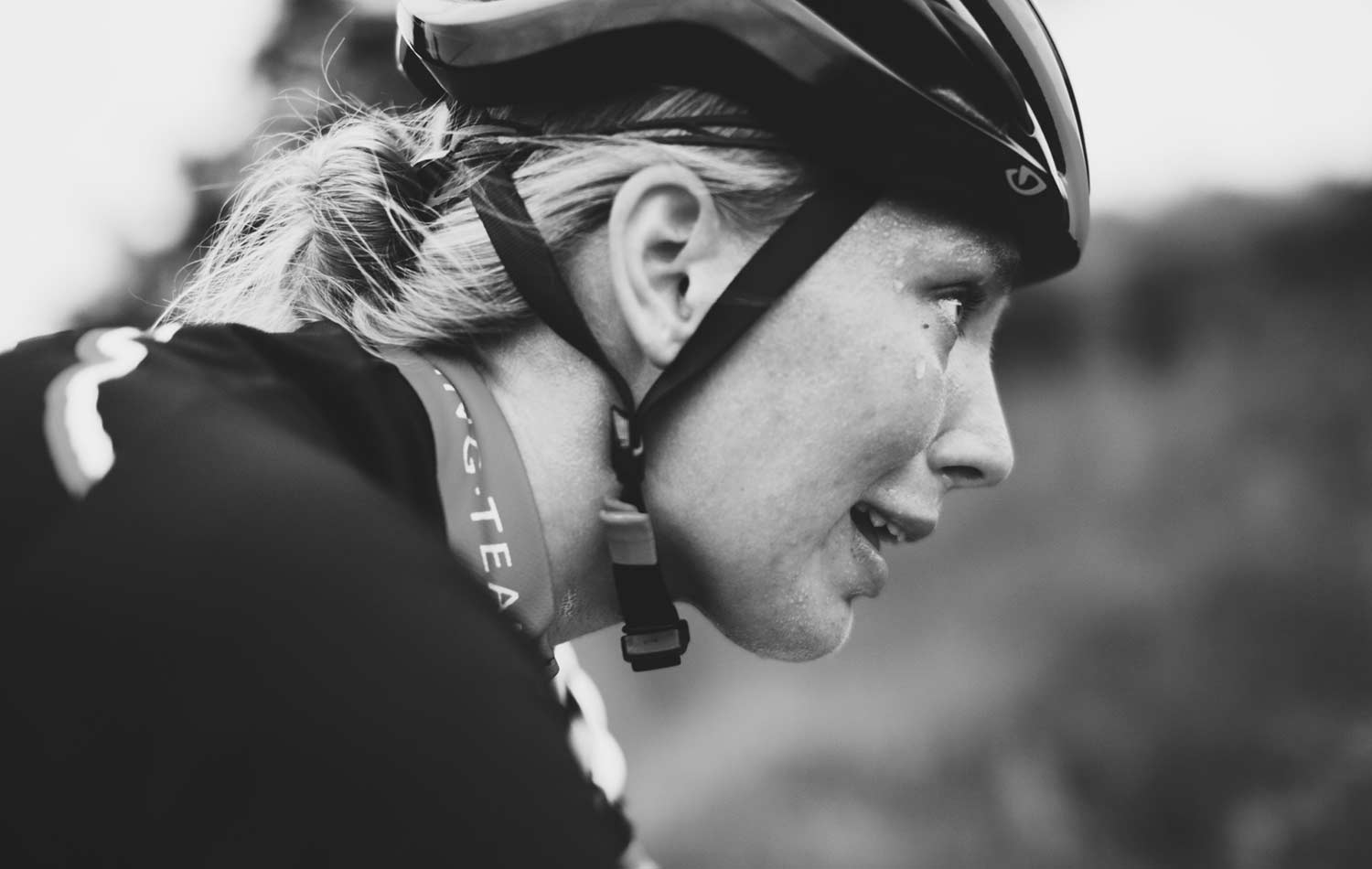 “He was close to tears, if not crying, when he arrived,” checkpoint volunteers said of Bjorn. But in all that his experience had been up to that point, and – after leaving with a determined smile, and going on to finish third – all that it would continue to be, Bjorn was rekindling the spirit of the past, and bringing it into a new age.

Cycling has evolved, and will continue to reinvent and innovate as it develops further. But while history may be beginning to repeat itself in the form of long-distance, self-supported bike racing, the spirit of what’s important hasn’t changed a bit.

It’s what takes Jesse Carlsson back to his “very first memories of riding a bike, when it represented freedom,” and it is what has bound he, Eugene Christophe, and Bjorn Lenhard as bike racers for over a century. Whether in the dust of the Australian Outback, the steep inclines of the Tour de France, or the broken roads of the Transcontinental Race, that raw racing spirit cannot be reinvented.