People were turning into trees and trees into people. 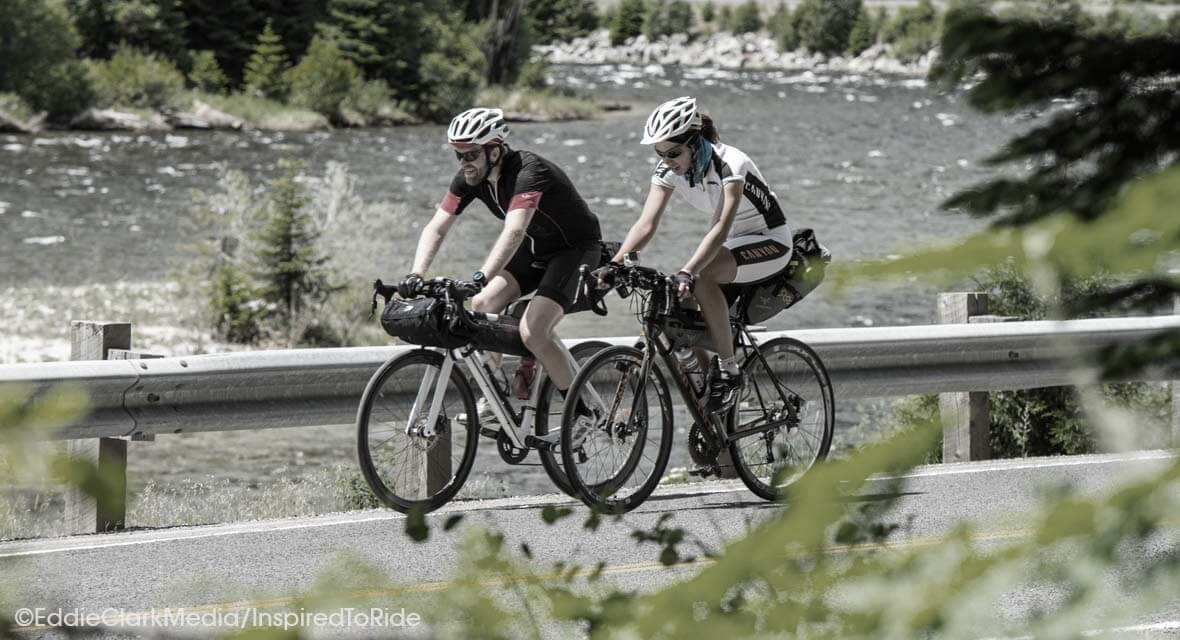 Objects and animals leapt out at me from nowhere, but when I looked again, there was nothing. The road ahead appeared fluid and immaterial.

“Woah! Either I am in the matrix,” I thought “or the stress of the last 19 days is finally getting to my head.”

Only later did someone inform me that hallucinations are a common side effect of sleep deprivation. I had slept just one hour yesterday, two hours the night before that. Days and nights blended into a never ending continuum of pedaling, eating and the occasional short sleep. With another 500 miles to go, the finish line was so close and yet still so far.

The crank, crank, crank of Jesse’s pedals told me my temporary cycling companion and closest competition over the last couple days was just up ahead. We were currently tied in 4th place in a race that had tested every ounce of endurance in me. Metal-gray clouds were rolling in above us and I was glad when fat drops began to fall. The heat over the last week had gone into the 40s.

‘Aw shit!’ I heard Jesse say as he pulled off the road. His derailleur had jammed up suddenly. He was using a SRAM RED system – great for normal races, but the Trans Am Bike Race is no ordinary race. Close to double the mileage and climbing of Tour de France, Giro d’Italia and the Race Across America (RAAM), without support of any kind for the riders, it is just a single route west to east: Astoria, Oregon to Yorktown, Virginia. With 4,233 miles and a total of 69,000 meters elevation crossing some of the toughest mountains in the US, it could well be one of the most challenging races out there.

I’d had my own share of bike troubles, which started with that awful cranking of Jesse’s pedals. He’d wanted to find a bike mechanic to check it wasn’t anything serious. I wanted to get my seat clamp fixed. The screw had worn away so I couldn’t tighten the clamp properly, which meant my seat kept sliding down.

Over the last week I’d been riding with my bum down low, knees crunched up and all the stress of the climbs going straight to my knees and tendons. I was taking painkillers to keep the swelling down and the pain manageable. I’d stopped at three other bike shops along the way, none had a screw that was the right size. Just keep pedaling.

Yesterday, my gears started jumping. I figured the chain needed tightening or changing. We still had a lot of climbs ahead of us and resolving potential bike problems was a priority. The next biggest town in Kentucky showed a bike shop on the map, but all we found was a young guy in the basement of the local college who helped people with basic repairs. Jesse was unconvinced he could do anything. He told me he couldn’t fix my seat but he’d set me up with a new chain – a simple enough operation for any bike mechanic. What could possibly go wrong? I left him to it while we went off in search of food and water. Big mistake. Fatigue contributes towards bad decision making and in a race like this one, bad decisions can cost you dearly.

We had wasted an hour and the next riders behind us, a couple of Italians, were closing in. It was time to go. Hardly glancing at the new chain, I clipped in and the first unsuccessful turn of the pedal told me everything I needed to know. The chain was too big. Nonplussed I wheeled my bike back into the workshop and told the kid to put my old chain back on as fast as he could. His mortification was tangible as he fumbled with the old chain and tried repeatedly to put the link back together. I was nervous too. Two blue dots on the Trackleaders map told me the Italians had just rolled into town. I would have to out ride them again. I cordially thanked the kid and cycled out of there like hell followed behind me.

Rodney Soncco tells us about the unique challenges of racing across different climates and landscapes in BikingMan races.