It was somewhere in the mountains of Kentucky pedaling hard up a steep incline that the chain snapped. 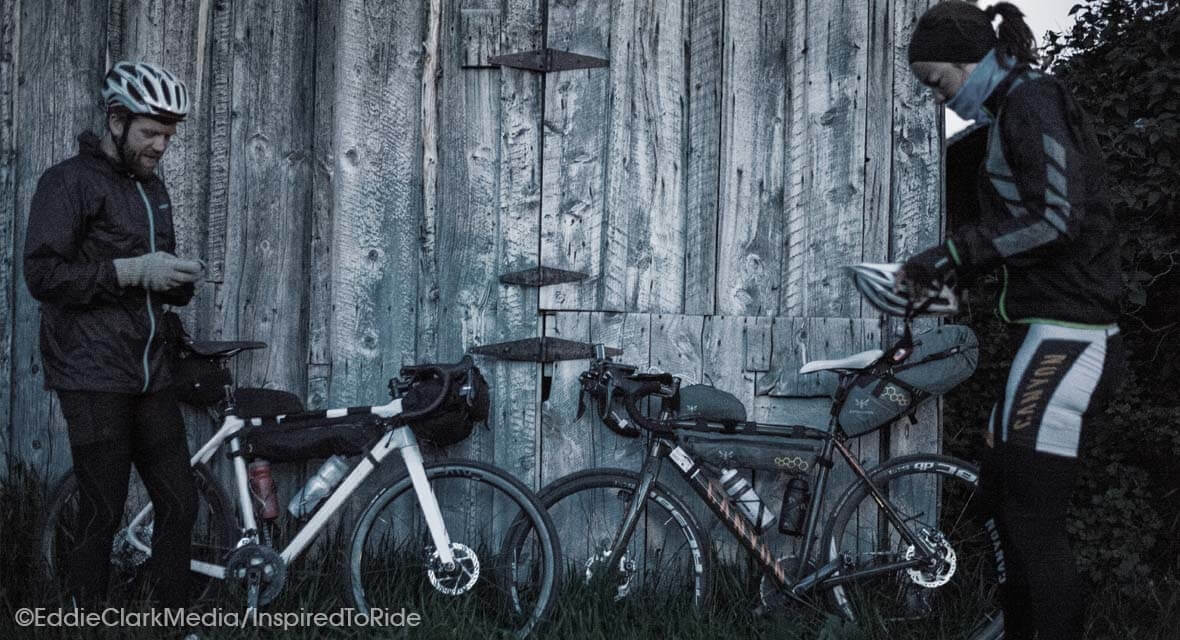 I stood there frozen with uncertainty, my mind racing. What now? There were no big towns, no bike shops I knew of for at least 300 miles. My spare link was gone. I was well and truly fucked.

Was this how my race would end? Less than 1,000 miles to the finish line, through snow storms, heat, mountains and headwinds, only to be defeated by a stupid chain link? There had to be a way to fix it. There is always a way.

A car came roaring up the road and I put out my hand to flag it down. The driver stopped and got out of his car. He was built like a boulder.

“Uh, I need some help, sir. My chain just snapped. Do you know if there’s a bike shop or mechanic around here?” He looked at me and my bike like we had landed in an alien craft.

“You seen the mountains around here?” he answered. “Nobody rides bikes. Not sure how you even got here on that.”

“Crap” was my response to this.  I must have looked pretty forlorn.

“Listen, my uncle has a car garage down the road. If he can’t fix your chain, I reckon nobody can. If you come back down the mountain with me, I reckon we could sort you out with something that should hold till you find a bike shop.” Never did more beautiful words fall on my ears.

“You are an angel! If he can really fix it, you would save my race.”

And I told him about the Trans Am as he loaded my bike half hanging out of the trunk, and shuttled me and it down the hill that I had just climbed.

We pulled into the driveway of an open garage where a couple guys were tinkering with some cars. Both were built like lumberjacks, clearly of relation to my rescuer, or raised on the same diet. A woman sat on an old couch watching a reality TV show and her kid ran up to stare as we pulled the bike out of the trunk and wheeled it in.

“I found this young lady stranded on the road. Her bike chain’s broken.” Keenas announced. “You think we can fix it? She says she’s racing across America.”

“I dunno,” came the answer from the uncle who could fix anything, “but we can sure as hell give it a shot. Let’s see what we got us here… now that has got to be the tiniest motherfuckin’ chain I have ever seen!”

There followed a group huddle around the link in question, as they studied the damage and debated what to do. “Alright guys, let’s quit fuckin’ around and get this young lady back in the race!” was the final pronouncement and I half expected to hear a “Hooyah!” The Bud Light beers came out of the cooler and we got down to the business of fixing that delicate little link, without a spare.

True to their word, they had me and the Beast back on the road in just over an hour. Lacking the tiny connecting piece to put the chain back together, they sawed a small screw to size and jammed it together so well, that I rode their homemade link all the way to the finish line.  I was saved by redneck ingenuity that day and I hereby testify that I am a converted fan of hillbillies.

Event history, insight from riders, and key information on how to enter the 2019 Paris-Brest-Paris.