We may have been closing in on that finish line, but the day dragged on and on. The road felt endless. 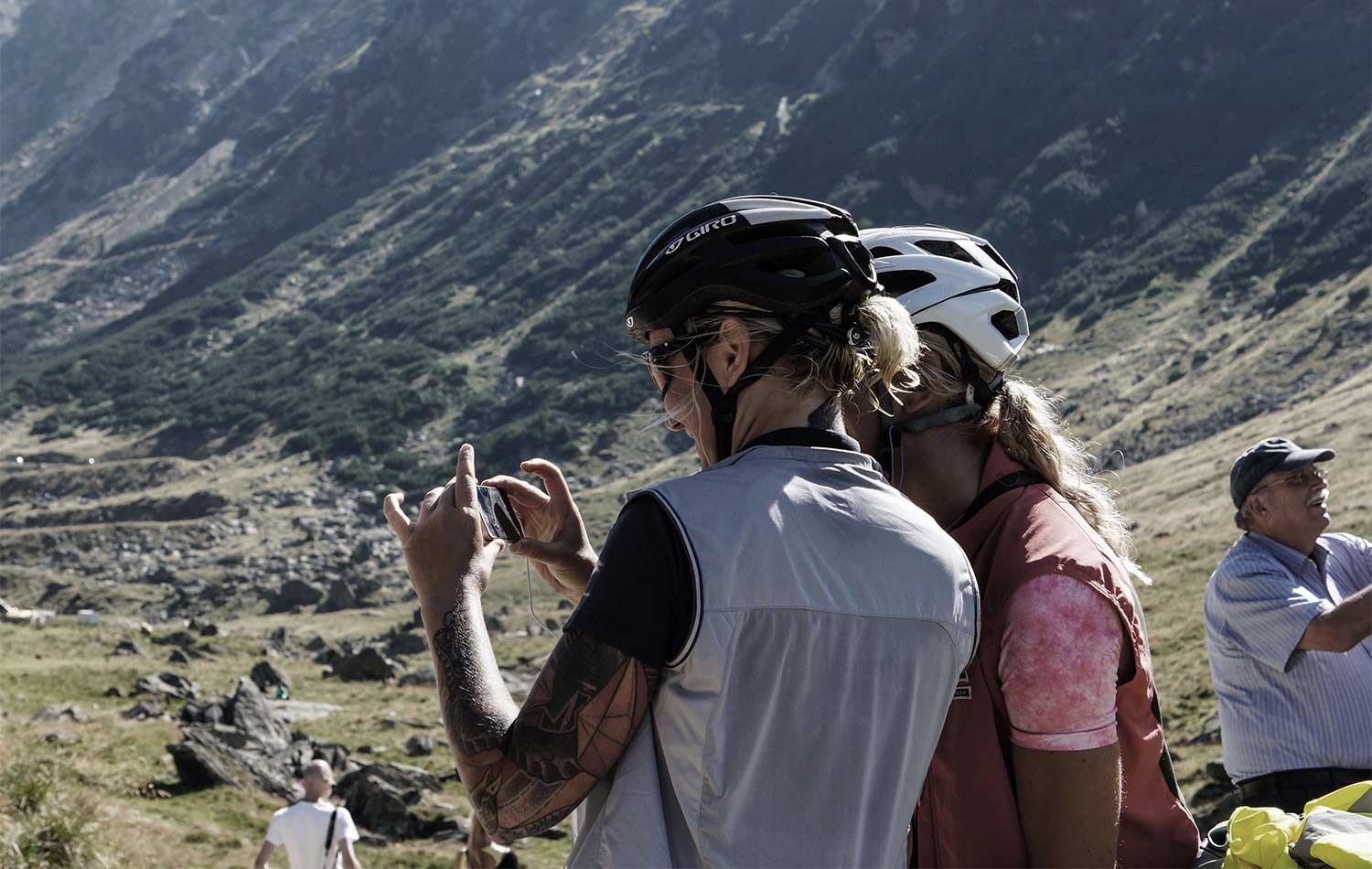 We sprinted, slowed, sprinted, slowed. I was on my last reserves of strength. I had not slept in over 24 hours. The pain in my knees and tendons was becoming unbearable. My rib, badly bruised from crashing on the second day of the race, throbbed even through the painkillers. But more worryingly, a nerve was pinched from sitting so long on the bike and a sharp pain shot from my lower back down my thigh. My body could not possibly hold up another day. It was time to end this. Dusk settled over us at just 100 miles from the finish line.

“I need some real food if I’m gonna have energy to keep going. I reckon we have a good dinner and then finish this.” I suggested. We pulled into the first restaurant we saw at the next town we passed through, sat down and ordered steak and chips.

“Awesome!” Jesse was grinning hugely. “My family’s driving down to meet me at the finish line.” He was texting furiously with friends already congratulating him on Facebook. His mood was euphoric, his mind already projected into the future and the end of the race. “Just 100 miles.” he was singing, but all I could think was, “These are going to be the longest 100 miles of my short cycling life.” And they were.

The pinched nerve grew steadily worse and no position I shifted to could alleviate the pain. I was biting my lip to keep from screaming, but every so often the occasional cry escaped me. I had already taken a double dose of painkillers, I couldn’t possibly take any more. Just keep pedaling.

Then out of nowhere a car pulled alongside me. “There you are!” said the woman in the passenger seat. Lauren was a Facebook friend whom I had never met in person. She lived in Washington and decided if I was riding a second night without sleep, she was driving the three hours south to find me. Another road angel. The amount I had encountered in America was overwhelming. Angels who paid for my meals, gave me food, water, money, helped me out. One guy even flew all the way from Florida to buy me dinner and hand me a donation towards future meals. “You are putting out so much energy into the world, I thought I’d come and give some back to you,” he told me.

And energy was just what Lauren had brought: she produced a cooler with the highest energy shakes she could find, full of vitamins and calories. She had also brought her girlfriend, Jo, who was a physical therapist. “Let’s see what we can do about that pinched nerve,” she said. While I slurped down about 2,000 calories, Jo massaged my arse and thigh. I can only imagine how this looked to passing motorists. She had truly magic fingers. By the time they drove off, I was feeling the most human I had felt in days.

It held about thirty miles and then the pain started up again, first dull, then sharper and sharper. Forty miles from the finish line, I was riding with my thigh on the seat, pedaling with one leg. Maybe the pain was a good thing. It helped keep me awake. Every so often I would hear Jesse holler, “You awake?” Every so often, I would holler back the same. In this way, dozing and pedaling, we reached the last 20 miles to Yorktown as dawn began to lighten the sky. The entire road to the finish line was made of bricks. Mike Hall had messaged me earlier to suggest letting a bit of air out of the tires for a comfier ride. The jolting had me clenching my teeth in agony.

“I’m probably gonna sprint it to the end,” Jesse told me.

He sprinted. I followed. I don’t know how, but I kept up. Ten miles to go. Pain is temporary. Just keep pedaling. I had reached that point where it was entirely mind over matter and only my mind kept my body moving. I saw that finish line and nothing else.

Jesse and I crossed it together. Mike Hall and Ed Pickup were waiting at the monument with beer. I had won the women’s category and tied for fourth place overall. I think I drank a beer, but I hardly tasted it. All I could think was, “I am going to sleep like I have never slept before.”

This story was prepared for Apidura by Juliana Buhring. Juliana holds the first Guinness World Record for Fastest Woman to Circumnavigate the World by Bicycle. She is a bestselling author, children’s rights activist and endurance athlete. You can follow her blog at http://julianabuhring.com/blog. Photo is courtesy of Eddie Clark Media and Inspired to Ride.