Rodney Soncco’s name will be familiar to anyone who has followed the BikingMan series over the last few years. Here, we speak with Rodney about the difficulties he has faced racing in these events, and learn about the challenges that the varying landscapes present.

Rodney’s love of long-distance cycling began in 2010, after a spontaneous ride from his home in the North of Italy to Sicily at the very southern end of the country. “After that first trip, I fell in love with the freedom that the bicycle could give me. The following year I went to Croatia to explore more by bike, and I’ve toured various European countries since then”.

In the years that followed, Rodney began to ride faster and farther, eventually taking the plunge into ultra-distance racing in 2017. He started with one of the toughest races in the bikepacking calendar – the IncaDivide – a race that took participants through both Ecuador and Peru. The route was around 3,500 km, along remote Andean tracks and over high passes more than 4,000m above sea level. Rodney finished the race in 16 days and 21 hours, winning the inaugural event. 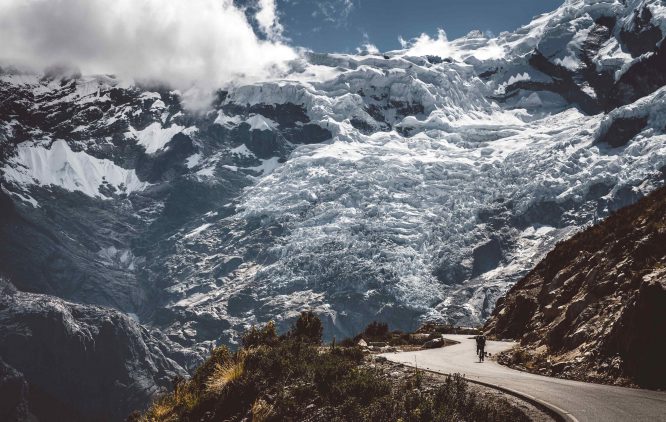 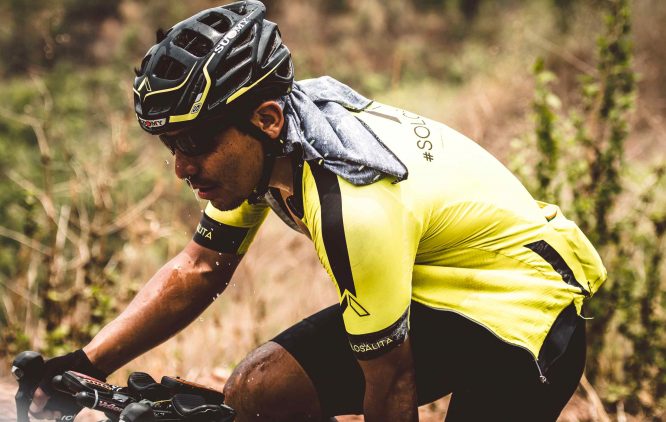 “At the time, I had a 6-month sabbatical in Peru and I decided to race purely out of curiosity. The ride was really hard, but at the same time it was a special experience to be able to spend ten days on the bike there. It was cool to win a race in my home country, and in doing so I discovered the kind of racing I like to do”.

Dealing with the thin air at such altitude plays a large part in the IncaDivide, but fortunately Rodney was able to travel to his hometown a month before the race to acclimatise. “Urabamba is at high altitude, making it the perfect place for training with lack of oxygen. You start your ride at 2,900m and ride up to high passes at 4,600m. That really helped me become a stronger cyclist and to win the race”.

Since then, Rodney has won Bikingman ‘sprint’ races around the world in Oman, Taiwan and Corsica. In every new location, the races present a different set of challenges to competitors. They need to consider the temperature range, the resupply opportunities and the terrain. With this in mind, they will ask themselves “what should I pack?”

After making the mistake of carrying far too much on during his first race, Rodney has mastered the art of minimalism. Looking at his typically lightweight set up, it’s hard to imagine that Rodney began his first IncaDivide with a 20kg load. “My rule of thumb is always – bring the bare minimum! Through the experiences gained in the races I’ve taken part in; I’ve refined my kit-list. I always inform myself on the environment I am racing in and then pack accordingly”.

“I would say that the most important thing is to study the terrain and environment in the country in which you’ll be racing, and then organise your kit for the adventure. The fundamental thing is not to take things too seriously! If you haven’t quite carried enough to face the roughest temperatures, then remember that a little more cold will strengthen you!”

Mastering the elements is a process that can always be refined through experience and despite winning races in scorching conditions, Rodney admits that there is always room for improvement and that he is yet to perfect the strategy. “In Laos I really suffered a lot from the heat this year. I think it is a good habit in extreme heat to pay extra close attention to the amount of liquid you drink and the intake of mineral salts. It’s also important to experiment to find out what works best for you!”

After finishing the Bikingman’s 2019 series in first place overall, Rodney looks ahead to new challenges next year. His eyes are set on the Tour Divide, the iconic unsupported mountain bike race along the Great Divide from Mexico to Canada. It’s longer than any race Rodney has competed in so far, but given his track record at the IncaDivide, keen dotwatchers will be sure to keep a close eye on his progress.

Rory Kemper shares his favourite places and memories from his time with Lost Dot, organisers of the Transcontinental Race.

Jenny Tough shares the 10 things she has learned on solo adventures that help with a lockdown.