Some routes are so beautiful that you’ll happily ride them again and again, enjoying the changes each season brings. It can be difficult to imagine improving on those experiences, but the camaraderie of a shared experience can elevate even the most breathtaking route even further. Here, Sophie Gateau tells us how the experience of riding the Torino-Nice Rally as part of a female peloton added an exciting new dimension to her second ride of the route in the space of just three months.

The Komoot Torino-Nice Rally is the most beautiful gravel route I have ever ridden – and I’ve ridden it twice in less than three months to make sure! The first ride was this summer, with my friend Mathias. We were checking a revised route for Komoot, focusing on the Roya valley which was very hard hit by Storm Alex in October 2020. Then, in mid-August, I received an email from Lael Wilcox, asking me if I would like to join an international female peloton riding the Torino-Nice Rally in September. I could hardly say no to such an invitation, could I?

I loved both journeys and, despite both being the same route, they each ended up being a totally different experience. The first, reconnaissance ride had the feeling of true exploration as we had to make sure the new route was rideable. We took our time making sure the route was good, stopping to take photographs and preparing reportage about the route for a French cycling magazine. It was stunning but also demanding. Everything was new to me, and this was my first time riding a gravel bike for multiple days in Alpine mountains, with a full bikepacking setup. I loved it. 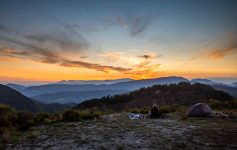 The second trip, with Lael, felt very different. The route was, of course, still amazing – even more so than in summer. The colours had evolved and instead of the luxurious green grassy pastures, there was a festival of toned-down colours; yellow, brown, orange and everything in between. The mountains had also started to enter the winter season, and everything was tougher and more arid. It was quieter too, there is almost nobody up there at this time of year. The temperatures have dropped, most of the refuges are closed and even the marmots are not so numerous as in the summer.

Besides the beautiful route, what I really loved about this second attempt was the true camaraderie between all the riders. The peloton was composed of 26 female cyclists from different countries, riding different kinds of bikes (a mix of gravel and mountain bikes), with different levels of experience and backgrounds. Some knew each other, some came alone. Some were worried about their cycling ability compared to others, whilst some were confident. But everyone shared the desire to be part of this first-time, female-only bikepacking peloton and share such a great experience together. 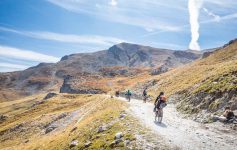 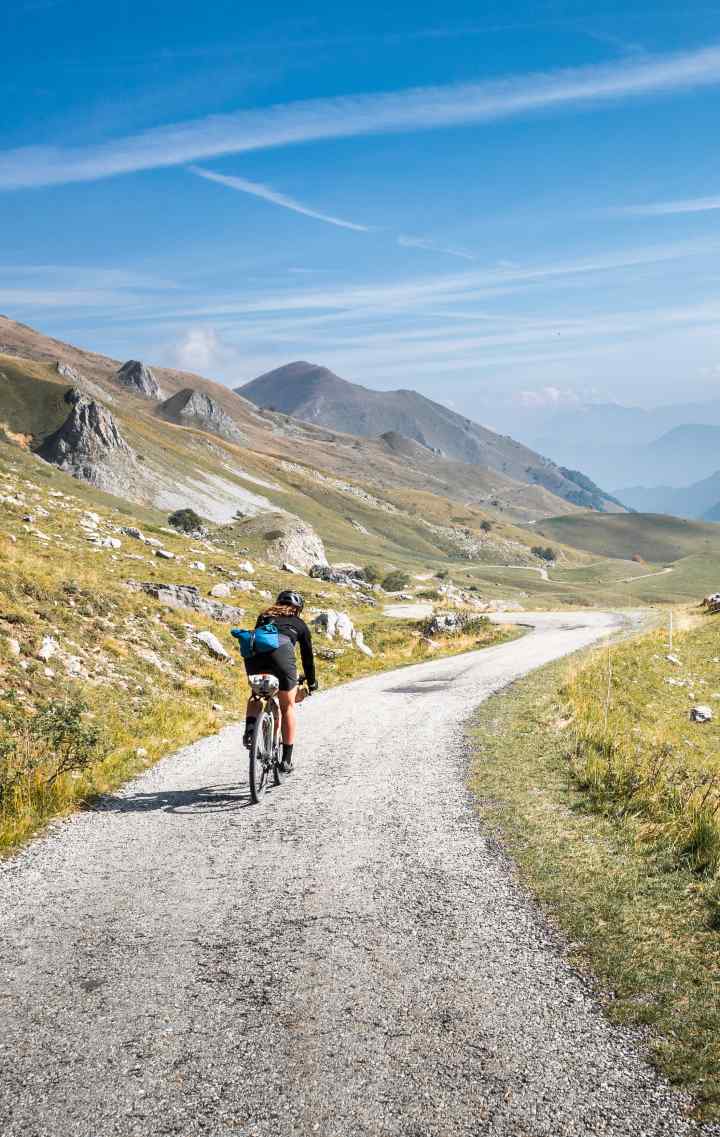 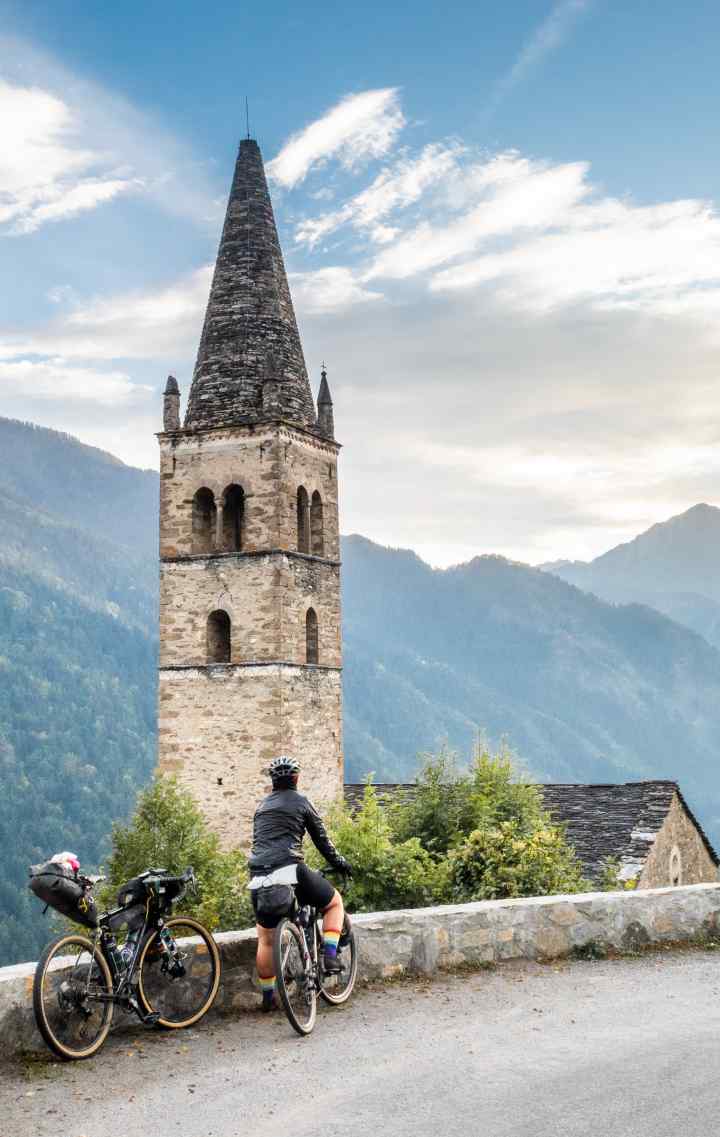 It was a week filled with laughter, discussion, smiles, exchanges and sharing of many beautiful moments. Everyone had her own pace. Some rode alone, some in small groups, but we crossed paths during the day and camped together or shared rooms most nights. One of my favourite memories was in Little Peru – such a beautiful part of the route that I stopped every few meters to take pictures, so I was far behind everybody, knowing I would regroup with them later in the evening. It was with some surprise that I saw from my position far away that the group was waiting in the cold at a turn so we could all take a photo-bidon* together.

This journey will be one I’ll always cherish and remember as one of my best. It was so inspiring to ride and to be in the company of all those amazing women. The sisterhood and the friendship developed and blossomed greatly over the days and I’m sure that events like this women-led trip will happen more and more. Rumour has that something is already in the books for next year, so stay tuned ladies as I hope to see more and more women on the roads and trails, enjoying them as much as we did. 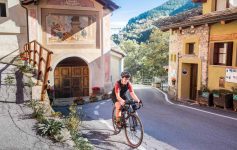 *A photo-bidon is a concept developed by the funky Wild Vélo Club, using a water bottle as a photographer so everybody can be in the group picture

Ride The Japanese Odyssey This October

DETOUR – Calling all artists and creatives

Join us on the roads and trails this autumn. It's a wonderful time to be out on a bike