‘Southbound’: A Bikepacking Adventure with The Adventure Syndicate

A couple of weeks ago, four Adventure Syndicate riders set off on a long-distance ride with a purpose. It was a journey that took them from the UK to the south of France, and which they hoped would inspire hundreds of school kids back home. Here, we speak to Adventure Syndicate director Lee Craigie to find out if they succeeded.

When it comes to inspiration, some say that actions speak louder than words. If that’s true, then if you’re a member of the Adventure Syndicate, with a mission statement that reads “get schools excited about riding bikes”, then there is only one possible course of action that can be taken: Go for a bike ride.

Of course, those familiar with the Adventure Syndicate will know that their definition of ‘a bike ride’ could be anything from a local adventure to an around-the-world record attempt. On this occasion, however, it lay somewhere in the middle, with four of the team going on “a long, long ride, to see how far four women and four bikes could get in a week.”

They called the ride #Southbound.

“After working with five schools across Scotland to get them prepared for #Southbound, we launched the 2018 Adventure Syndicate team at Bespoked Bike Festival in Bristol. Team members Rickie Cotter, Jenny Tough, Jenny Graham and myself all managed to be in the same place at the same time, and we were joined by all of our friends and industry supporters, as well as a few people that joined us on the bikes, to start the #Southbound ride.

After riding to Portsmouth, we sailed to St Malo, and started our migration south through France. The plan was to head south-west and ride down the Atlantic coastline, before cutting back into the Pyrenees at the end of the week. We spent days sleeping in bivvy bags, amid the sand dunes and forests of the coast, eating baguettes and drinking coffee, while occasionally stopping to catch up with the schools, before eventually making it to the Pyrenees. We had hoped to ride a few classic climbs while we were there, but the mountain weather closed in, and the road was closed on the mythical Col d’Aubisque, so we adapted our route and wound our way through rolling foothills to the finish in Perpignan instead.” 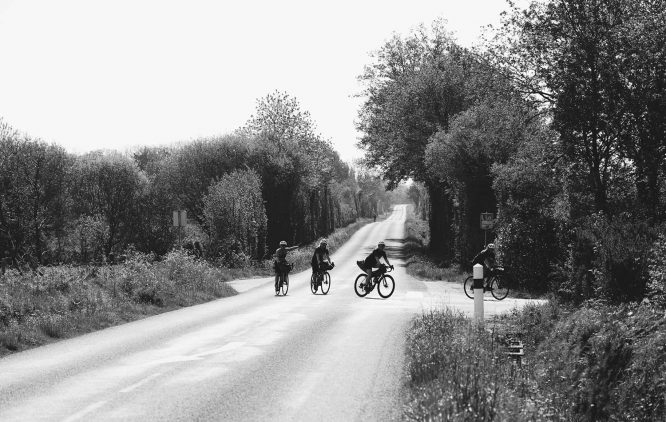 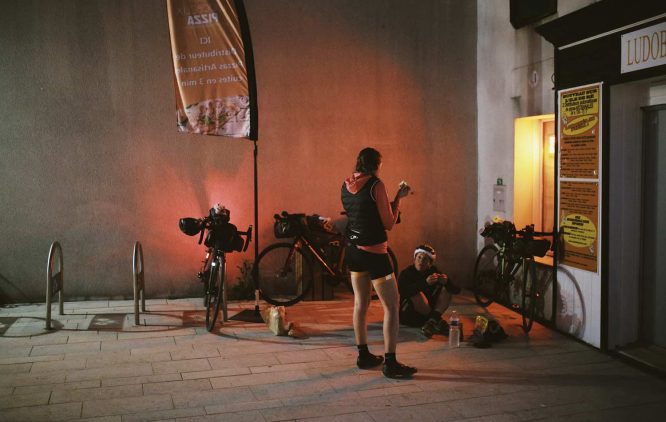 How did you land upon #Southbound as an idea?

We wanted to get schools excited about riding bikes, and thought that by understanding the distances it’s possible to travel, and places a bike can get you in a single school day, then pupils – and staff – might be more motivated to dig their bikes out of the shed. The benefits of riding are endless really, from environmental reasons, and aiding mental and physical health, to offering a means of social and cultural development.

How did the schools’ mileage match up to yours as you progressed south?

We were lapped! Some schools more than doubled our mileage! We got messages from staff saying the culture in their school towards riding had totally changed as a result too, which is exactly the sort of goal we’d set out to achieve.

Was there much interaction between you and the schools while you were on the road?

Loads. Being in contact throughout the journey was a big part of the project. We loved hearing what everyone else was up to, and getting photos and videos sent through of pupils riding instead of being in class gave us a real boost.

Do you think the project was the success you were hoping for?

More than we’d hoped, I think. Now that we know how engaging this sort of challenge can be, and have experience of implementing it, we are planning to roll it out to schools across the UK next year.  We are also keen to engage businesses and really get people thinking about what they might be capable of achieving if they add their collective cycling miles together and join them into one straight line. It’s so exciting. 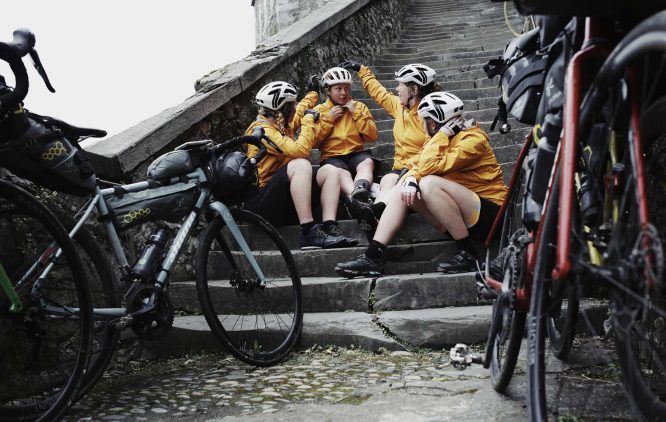 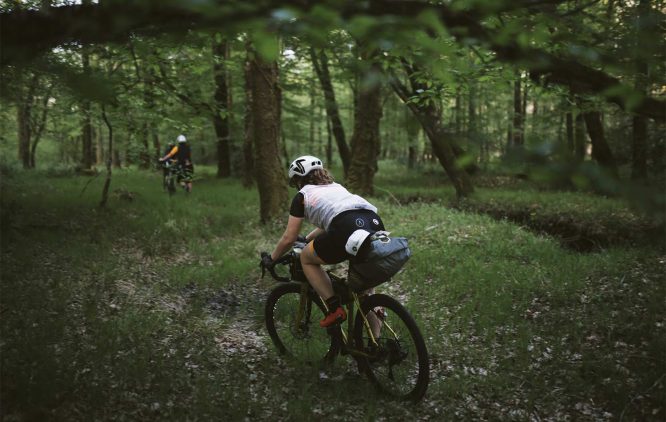 Do you feel proud about what the girls achieved?

Extremely. There was one example in particular though, which concerned a girl in one of the schools who couldn’t ride a bike before the challenge began. By the end of it, we were seeing footage of her riding the length of the school grounds, looking absolutely delighted with herself. Witnessing that sort of story is what makes it all worth it.

Follow the continued adventures of the Adventure Syndicate, and find out more about their Schools Project, on their website here.

Emma Osentons; Call of the Wild