We speak to TCRNo5 Race Director Anna Haslock to establish why this year’s edition of Transcontinental Race is so special, and to meet the dedicated and experienced team of people that have put the race on. 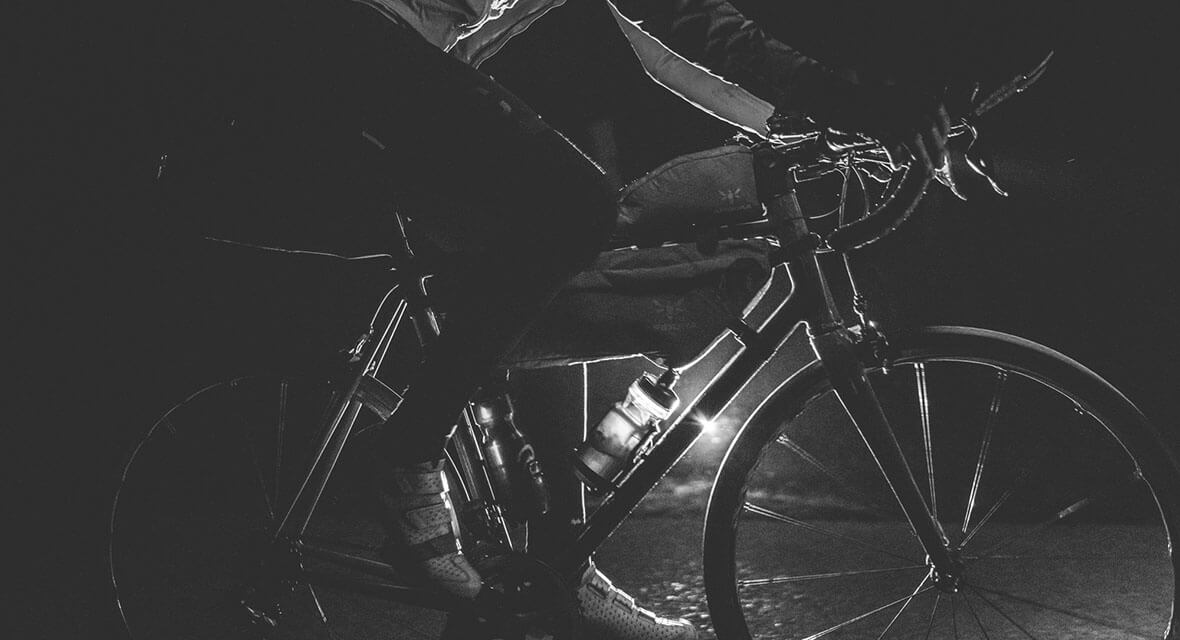 The 2017 edition of the Transcontinental, TCRNo5, will be the first edition of the genre-defining ultra-distance race to be held without its founder, Mike Hall, at the helm. However, despite the tragic loss of Mike earlier this year, there is every effort being made to ensure that while he is no longer around to call the shots on the race he created, his spirit and will, as a person and as a racer, continue to define the Transcontinental, in 2017, and beyond.

‘I’m keen for the focus to very much be on it being Mike’s race this year, and we have a team in place who want to make this vision happen,’ says Anna Haslock, previous race coordinator, new race director, and Mike’s former partner. ‘We’re trying to keep it on the path he planned.’

In order to do that, there has been a monumental effort made not just by Anna, but by a dedicated team of professionals, volunteers, sponsorship groups and philanthropic individuals, to ensure not only that the race lives on, but that it does so in a way that is true to those who cared about it, and about Mike.

‘At the start it was really scary and worrying, and we just wanted to make the right decisions,’ says Anna, in reflection of early judgements that had to be made about the race’s future. ‘I was very worried about not doing it right, as Mike had already made his own legacy, which we didn’t want to balls up. We didn’t need to make a legacy for him. He turned the scene into what it is today. He started this whole thing. Even if the race never ran again, nothing would change that.

‘Strangely, earlier this year Mike and I were talking about some things, and ended up discussing what would happen if something were to happen to him. He did say, I remember, that if anything did happen, he’d like to think that the race would go on. Mike’s family also said very early on that they wanted Mike’s race to continue, and as next of kin the race ownership went to them, so without their cooperation we couldn’t have done it.’

And so it was decided: the race would go on. A core group of people, including Anna, communications manager Tom Kirkpatrick, and the two official race photographers, Camille McMillan and James Robertson, who have long been at the heart of the Transcontinental, got together to decide the immediate direction of the race.

‘Mike really felt that Camille understood the race,’ says Anna. ‘The ethos, the spirit, the reasons behind it. He liked the adventure, and the informal agreement between riders; honouring each other, trusting each other. He understood why there were only ten rules; that it’s not about being told to do this or that, but about implicitly understanding that we’re here to ride a fair race, and that if you want other people to be fair to you, then you have to be fair to them.’

‘James has been involved for a long long time, and his images have become part of the race itself, while Tom has been on board since before last year’s edition, when we hired him as communications manager. He is so enthusiastic and passionate about the race, he understands it, and is just a great guy. He’s the main point of contact for anybody who needs to know anything – which is a big job!’

These are the names that people will recognise from TCR editions of old, and as Anna explains, ‘The team that I’ve talked about so far would have been the team with Mike anyway.’ But as the race matures, it will do so with a lot more people involved, both in full-time positions and voluntary roles, for the whole year preceding each new edition, and during the intense few weeks in which it is staged.

‘When Mike died I was worried about putting the race on because I didn’t want to employ just one race director to fill his shoes,’ says Anna. ‘Obviously everyone’s unique, but for this job, there’s only one person who could have done it themselves, and that’s Mike. He built the race around himself; around his strengths and personality, and he got people involved to match his strengths and to help him with things he needed help with. There was nobody who could have done it alone, so the solution was to break all of Mike’s roles down into separate ones, and recruit to fill those.’

‘We needed racers, and so Juliana Buhring has taken over my role as race coordinator. She has amazing experience and knowledge from having done so many of the races that Mike has done, and I think she will become more involved as the years progress. She was a really close friend and keen to help, so that was perfect, but she doesn’t have all of the skills that Mike had, so it wasn’t fair to just have her as sole race director.’

The recruitment continued, and along with Juliana, Anna and the team brought on board both Rory Kemper and Richard Dunnett, who are also highly experienced ultra-racers and familiar with the practicalities of putting on an event such as this.

‘Rory was a racer from last year, and is now helping us with rider logging,’ explains Anna. ‘Working with the dot watchers, we keep a log of what the riders do as the race progresses, and if there’s anything they do that’s contrary to what they should be doing, we log it. Then later on we can look at all the data and add on time penalties where appropriate. You can’t really do that until after the race is over, because you need to see how many people have made an infringement, and make a judgement in retrospect. It’s very complex and interwoven, and to make it fair it needs somebody to oversee, so we got Rory in to help with logging that information. Because of his racing experience, we’ve also got him looking into road safety as well.’

‘Richard did the World Cycle Race with Mike in 2012, and the first Transcontinental in 2013,’ Anna continues. ‘Mike really respected him, and he is going to be our rules monitor. He’ll work alongside Rory, monitoring rule infringements and making final judgements, so that the racers know a very experienced and knowledgeable racer is the one making those decisions.

‘Another former rider, Jacopo Porreca, will be managing one of the race vehicles. He works for our title sponsor PEdAL ED, and has raced the TCR twice. It’s Jacopo that the rider 171 competition is based around, so he really understands the spirit of the race. He’ll be in one car, while race coordinator Juliana will be in the other. Russ Hall, Mike’s brother, owns the TCRNo5 company and will be managing the finish line with the help of their cousin, Niki.

‘Beyond that we have Bethan Rodrick, who used to live with Mike and knows a lot about what we’re trying to do and why we’re trying to do it. We always used to call her the ‘Scratch monitor’ because she paid special attention to those dropping out, but she’s far more involved now – with all of the volunteers, and with Tom. Then there’s Marion Esfandiari, who looks after everyone on social media, and Antton and Jordi, who will be our media team on the road.’

But the more Anna speaks about the team involved in the race, the more evident it becomes that the number of people, pairs of hands, and infinitude of knowledge that comprise it are simply too great to mention on an individual basis. Indeed, in a tribute to how integral Mike Hall was to the running of the Transcontinental Race, in some ways it is only after his death that the effort and ability required to do it have become clear.

As Anna previously said, ‘At the start it was really scary and worrying. I was very anxious about not doing it right.’ But with the right people around her, ready to deliver the race and Mike’s vision together, the burden was lightened.

‘When I realised that people were willing to do this with me; that the amount of passion and love required to put this race on was there, then I knew we could do it. I feel like we have a team that can deal with whatever happens now, and we will.’

So the 2017 Transcontinental Race will indeed run, beginning this Friday, at 22:00 on the Muur van Geraardsbergen in Belgium. But while its helmsman is no longer there to guide the ship with his own two hands, it is perhaps only because of him that others have been able to utilise their experience and skill to ensure that TCRNo5 sets sail, bringing the race forward into a new era.

‘I think, or rather I know, that the Transcontinental Race has potential to grow and develop and become something other than what Mike might have thought,’ explains Anna. ‘There is an amazing team of experienced and knowledgeable people working and volunteering on the race, and there are already plans for new and exciting projects; ideas and twists for the future. However, this year is for Mike – for remembering our friend. It will still be exciting and thrilling, but it cannot help but be tinged with sadness, and I know it’s going to be a big struggle for those of us who loved Mike as dearly as we did. For his friends out on the road, it’ll be tough to live the race again without him at the helm. For me and Tom at home, trying to keep a handle on this beast and not miss a single thing, without Mike there to seek advice from; to call up and be reassured, it’s going to be rough.

‘We want to do this; for the riders, for the community, for the sponsors, for Mike’s family, but most of all – this year – for Mike.’

Scotti Lechuga, pro road cyclist and coach, talks us through training for the adventure element of ultra-racing.