Their Only Portrait; A South American Bikepacking Trip

Apidura catches up with Federico Cabrera, a photographer from Argentina who is working his way around South America by bike with a unique mission. 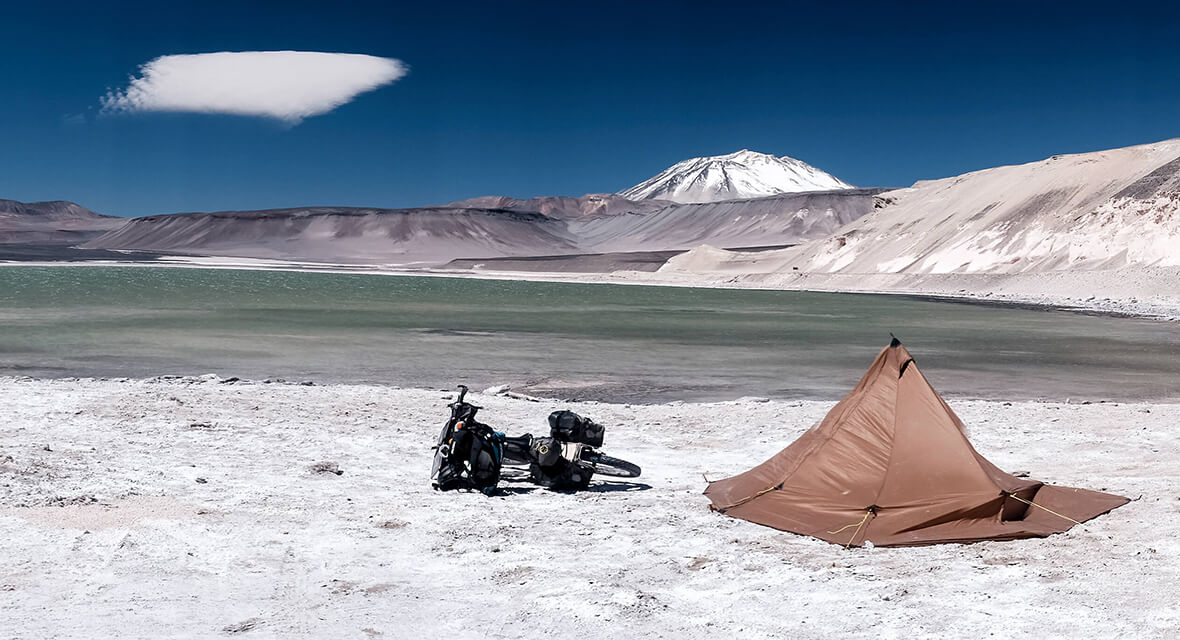 ‘A few years ago, I had a small fire in my house, and the incident made me realise something,’ says Federico Cabrera, the photographer behind the ‘Only Portrait’ project. ‘It made me realise that the printed photos I had on the shelves were – after my family – the second most valuable thing in the entire house.

‘Despite all my years of traveling, it was only then that it occurred to me that some people don’t even have a single image of their family, and I wanted to do something to change that. I began trying to shape a project on this idea, and then, in 2014, officially launched ‘Their Only Portrait’.’

Federico’s aim for the project, as well as providing some families with a photo of their loved ones, was also to show fellow cyclists and travellers that it’s possible to give something back to the places that they travel through. ‘I wanted to show how we can all make a small difference to the local communities we visit,’ he says. ‘I chose to begin in South America because I’m Argentinian, and decided it would be better to do something in my own backyard before heading to more exotic locations.’

‘Over twenty years ago, I embarked on a self-supported bike trip through Patagonia,’ Federico explains, ‘and I remembered my experiences when deciding how I would travel for this journey. I remembered the freedom and the pace; travelling slowly, on a minimal budget, with a low carbon footprint and riding on the roads less travelled. Cycling is the best way to engage with life in every form. It makes you appreciate nature, allows you to blend in with the environment, and also relate to other people – so it’s great for making portraits.’

To make a portrait, Federico says he will usually stop and ask for either directions or water, ‘even if I don’t need any of them,’ he says, just to spark up a conversation. ‘People are usually interested to know where I’m from, where I’m going next, whether my fatbike has an engine. After a few minutes I’ll also know a little about their life, and I ask if I can see a photo of their family. If they have none, I’ll tell them about my project and that it would be a pleasure to make and print their portrait in exchange for the water or directions they offered.’

To support Federico’s journey, you can make a donation on his GoFundMe page. To watch as the project unfolds, follow Federico on Instagram.

In search of the time-forgotten valley, Die Hel, in South Africa's Karoo desert

From Customer Support to Self-Support at the Dales Divide

After a long winter helping customers prepare for upcoming trips, Ali put his own advice to the test at the Dales Divide